Wages are a hot topic, and wage theft is a part of the discussion. It can be classified a number of different ways, from forcing employees to work off the clock to simply paying less than mandated minimums. Asking workers to stay past normal hours, but not paying overtime wages can also constitute wage theft. Again, this isn’t new, but it is rather widespread across a number of industries, and workers are now starting to counter through the legal system and media.

Wage theft is often perpetrated by companies that employ high numbers of low-skilled, low-wage workers and immigrants. For example, fast-food companies and retail businesses are often singled out whenever the topic comes up, but it is far from alone. There have been scandals in Silicon Valley in which many top tech companies have even been accused of wage-fixing in order to keep costs lower. So skilled or unskilled workers alike are all at risk, and the effects can be devastating to those who are desperate for every penny.

The New York Times has dug into the topic before, highlighting the struggles of people who are victims. One woman, a warehouse worker, would be subjected to 70-hour weeks with months between days off, all the while without overtime pay. Another company made employees turn in blank time sheets, which it then filled out inaccurately in order to avoid additional labor costs. This, of course, is all against the law.

According to Forbes, wage theft victims can lose up to 15% of their annual income in a given year. For low-income workers, that tallies up to $2,634 per year, while white-collar and skilled employees who have experienced the same issues can lose up to $11,918 annually. The threat of losing one’s job — and even legal action against those who threaten to walk out — are used as deterrents to keep people in line most of the time, but as the economy has grown as polarized as ever, people are starting to speak out.

The problem is widespread, though it’s near impossible to get an idea of just how big it really is. But we do know some of America’s biggest names in business have been accused of wage theft. Here, we take a look at eleven such companies. Some will be a surprise, others, not so much. Again, they run the gamut from restaurants to retail to tech, proving that no one is really immune.

Read on to see eleven companies that have been accused of wage theft in recent years. 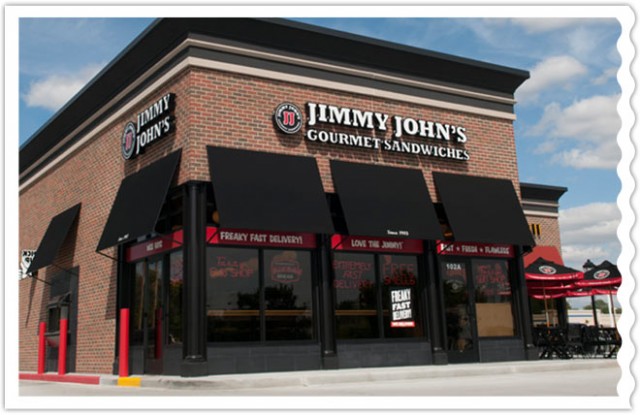 Sandwich chain Jimmy Johns has recently been accused by employees of ‘systematic wage theft,’ and now faces a suit in federal court. The individuals who brought on the lawsuit, Karolis Kubelskas and Emily Brunner, claim they were forced to work off the clock regularly. This isn’t the first time Jimmy Johns has caught hell from its employees, either. Previously, the chain faced another lawsuit from delivery drivers who claimed the company failed to compensate them for auto expenses, pushing their take-home pay below minimum wage.

FedEx is probably not one of the first names you’d expect to hear when discussing wage theft, but the company’s insistence that its drivers are not actually employees has led to lawsuits. FedEx uses a loophole that many others do — classifying employees as ‘independent contractors’ — in order to cut down on labor costs. By doing this, the company avoids paying overtime and contributing to Social Security, for starters. Employees filed a lawsuit claiming they were indeed employees, and a judge agreed. The company is appealing, and the suit will probably remain in the courts for some time. 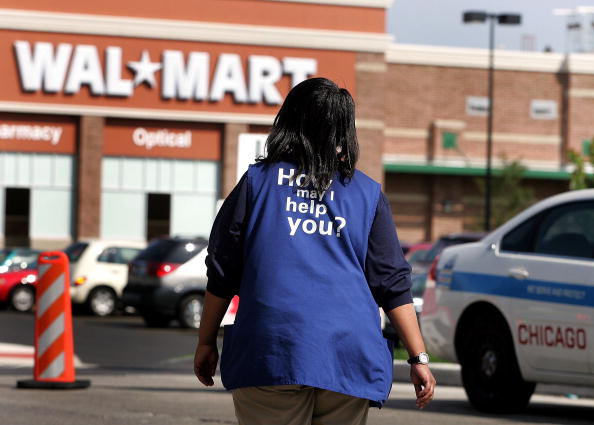 To nobody’s surprise, Wal-Mart, the nation’s largest private employer, has been accused on many occasions of wage theft, among a host of other worker’s rights violations. Most recently, the company and one of its warehouse contractors settled a $21 million dispute with 1,800 employees who were not given breaks or overtime pay, and were paid less than minimum wage. The warehouse company, Schneider Logistics, will get stuck with the bill. But Wal-Mart has faced other wage theft issues, and is sure to face more in the future unless it makes some changes to its business strategy.

Customers line up to hit the McDonald’s drive-thru – Thinkstock

Perhaps the most unsurprising name to appear under the title of ‘wage theft violators’ is fast-food chain McDonald’s. Its widespread use of low-skill and immigrant labor has been scrutinized for many years. The company has even become the main target of the $15 minimum wage movement, which has so far persevered in Seattle and San Francisco, and continues to fight in other cities. Though the company often dodges responsibility because of its franchise model, it was recently deemed to be on the hook by the famous ‘joint-employer‘ ruling. Hopefully, the company can get to work cleaning up the numerous wage theft suits it faces, including a handful from this year alone.

Here’s a name that comes as a surprise.

Intuit is a tech company that makes software, namely accounting and finance programs. The company actually does a lot for its employees, and seems to direct a lot of resources to maintain a good sense of social responsibility. However, it has been caught up in a rather large scale scandal of sorts involving the systemic depression of software engineer’s wages. They haven’t been alone. Essentially, a handful of Silicon Valley-based companies agreed to not recruit each other’s employees, thereby bringing down their potential earnings. This, of course, violates antitrust laws. PandoDaily has deemed the several companies involved and the resulting scandal ‘The Technopus,’ and it’s currently working its way through the legal system. 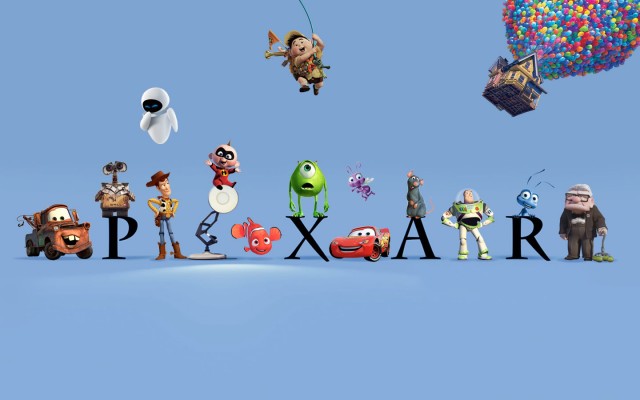 Pixar’s logo, featuring many of its characters – Disney and Pixar

Many people may be dismayed to see Pixar, the animation studio behind many classic movies like Toy Story and Up, appear on this list. Yet, the studio is another example of a company that was caught up in the ‘Technopus’ dealings in Silicon Valley. The company is owned by Disney now, which of course has had its share of labor issues throughout the past. Not that Disney had anything to do with the current slate of issues Pixar faces, but it does get a bit more interesting down the line.

Pixar’s president Edward Catmull has been forthcoming about the company’s involvement in the conspiracy, conceding in a deposition that anti-solicitation agreements between tech companies help keep the company’s pay structure in place. That, of course, means it that it helps keep wages lower than they could be otherwise. 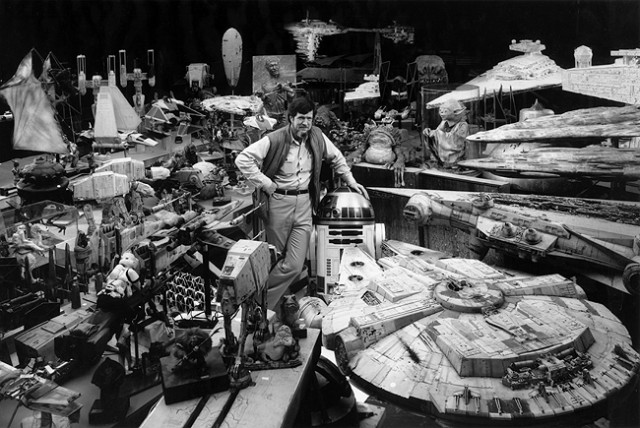 A handful of LucasFilm’s many miniatures – StarWars.com

LucasFilm, another company that is now under the Disney umbrella, actually holds a special place in the Silicon Valley wage-fixing drama. Founder George Lucas may have actually been the original perpetrator way back in the 1980s when it became clear to him that competing for employees hurt his profits. PandoDaily pulled this juicy nugget from court documents:

“George Lucas believed that companies should not compete against each other for employees, because ‘[i]t’s not normal industrial competitive situation.’ As George Lucas explained, ‘I always — the rule we had, or the rule that I put down for everybody,’ was that ‘we cannot get into a bidding war with other companies because we don’t have the margins for that sort of thing.” 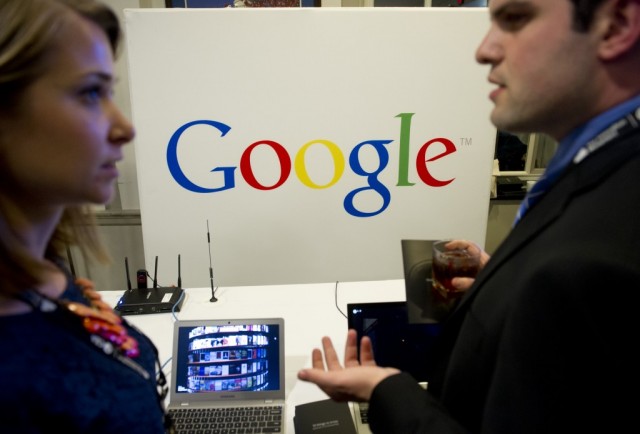 One of the bigger names, if not the biggest in the whole ‘Technopus’ mess, is that of Google. PandoDaily writes that in 2005, Google’s Eric Schmidt met with Apple’s Steve Jobs, sealing the pact that would help stop employee poaching and keep wages artificially low. Not only that, but they would punish anyone who violated the terms they set out. The agreement and the conversations between the two high profile CEOs were released as a part of an investigation by the Department of Justice, which eventually led us to where we are today. 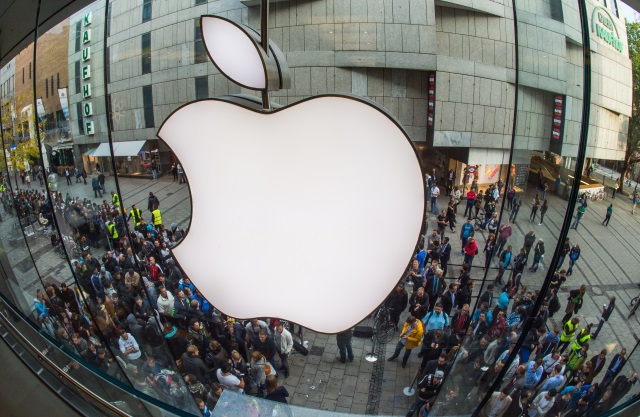 Naturally, Apple has to be included on this list as Steve Jobs allegedly constituted the other party agreeing to keep wages low with Google’s Schmidt. He also apparently threatened leaders of other tech companies who refused to go along with the setup. His threats included suing companies like Palm for infringing on Apple patents, among other things. It’s a rather ugly detail added into Apple’s history under Jobs, but it obviously hasn’t done any damage to the company’s namesake in the public’s eyes. 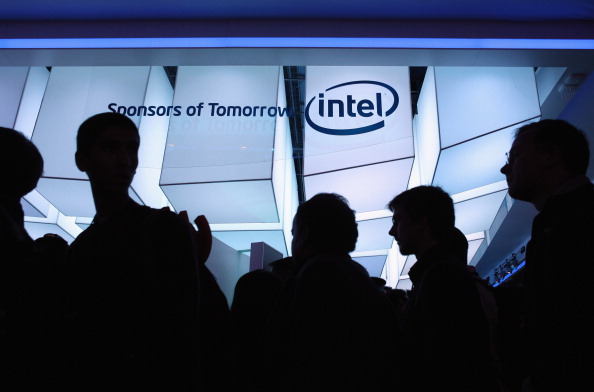 Not even Intel has been able to escape unscathed from the Silicon Valley wage-fixing racket. Intel’s former CEO Paul Otellini has roots at Google where he made lot of money serving on the board during the mid-2000s. Through his connections, Otellini likely became entangled in the ‘Technopus’ saga along with the slew of other firms. Obviously, Otellini isn’t the only one to blame, but he was in charge at the time, and had the connections in place. 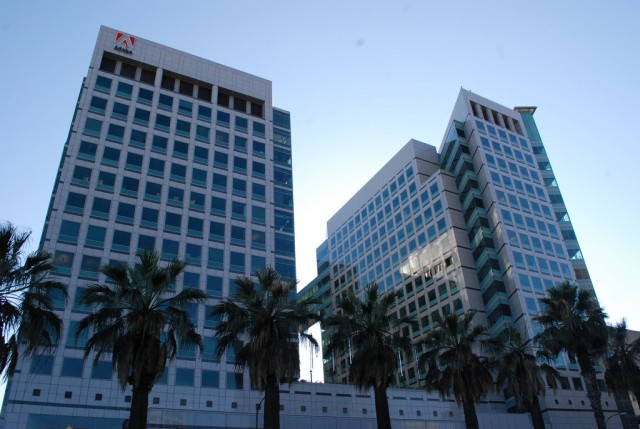 Not even Adobe could Photoshop themselves out of the ‘Technopus’ scandal. Adobe is the final large company to be named as a part of the overall scheme. There were exchanges between Steve Jobs and Adobe CEO Bruce Chizen regarding the poaching of employees, in which Jobs essentially strong-armed Chizen into complying with his request to stay away from Apple engineers. Obviously, Adobe was a little outgunned going up against Apple, but it became a part of it nonetheless.