12 Trucks and SUVs in Line for Car of the Year

Just the other day, we ran a story with the 12-car short list of vehicles that are in the running for the North American Car of the Year award, which is “among the auto industry’s highest profile, most prestigious awards,” as author and panelist Mark Phelan puts it. General Motors (NYSE:GM) was a prevalent force on the list of cars with three models represented on the short list alone. The company’s dedication to redesigning its lineup seems to have paid off on the truck and SUV list, as well.

For those out of the loop, the North American Car of the Year awards involve numerous automotive journalists getting together, sorting through the vast array of eligible vehicles, and ultimately crown one to be the Car (or truck or SUV, in this case) of the Year for 2014. Here are the contenders for the truck and SUV awards for this year. 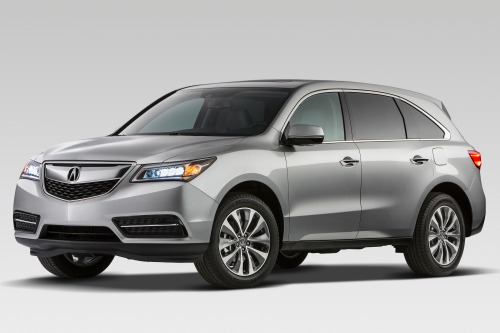 Honda’s (NYSE:HMC) Acura line has had its fair share of ups and downs over the last few years, but more recently, it seems Honda has really given more attention to its high-end line. That can be seen in the new MDX, it’s leading SUV, which offers all the luxurious sophistication without being too gaudy. 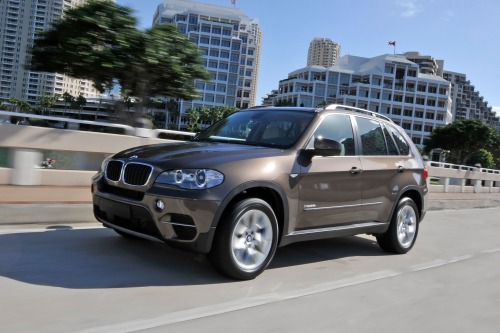 The BMW X5 has always been a popular choice of luxury SUV, for the more affluent buyers. The X5 is available in a range of different trims, from the more frugal diesel unit (26 miles per gallon on the highway) to the higher end, 445-horsepower X5 xDrive50i. 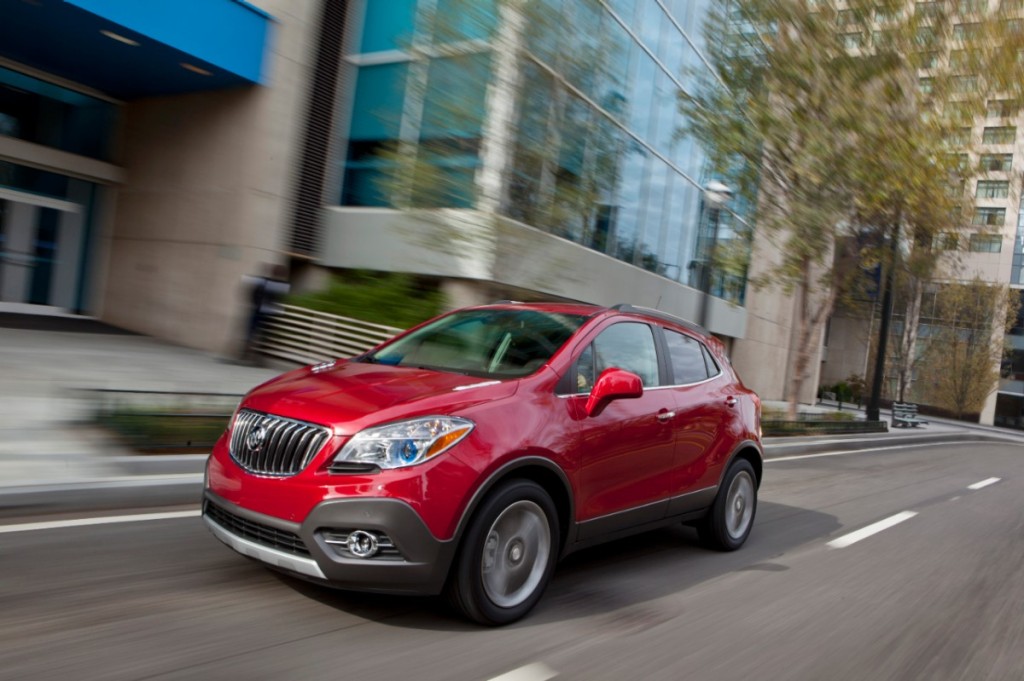 The Encore has proven to be one of Buick’s more popular offerings as GM continues to revamped virtually every vehicle under its substantial umbrella. The Encore combines Buick comfort with adequate practicality and commendable mileage, all for a reasonable price of around $24,000 at base. 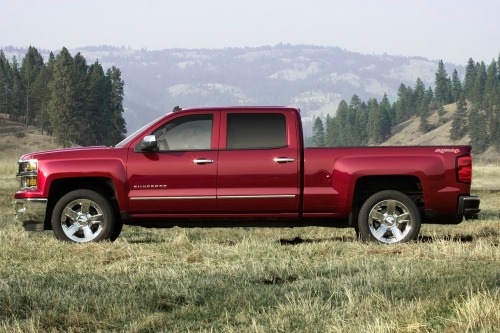 Redesigned for 2014, the Chevrolet Silverado is GM’s latest attack on Ford’s (NYSE:F) reigning F-Series, and can now be equipped with the ritzy High Country trim that offers near-luxury car trimmings inside while retaining the rugged, work-oriented exterior that the trucks are supposed to have. 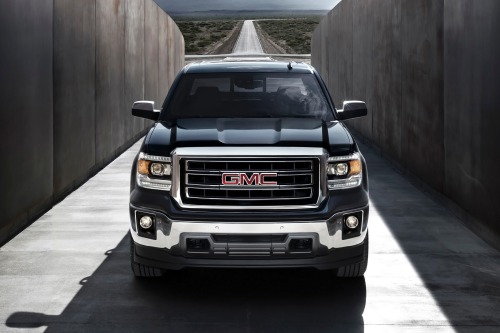 The Silverado’s corporate cousin, the Sierra, has too gone under GM’s knife, and has emerged with an updated exterior that, although not as drastically changed as the Chevy, emits the masculine, tough attitude to go with its impressive specs. 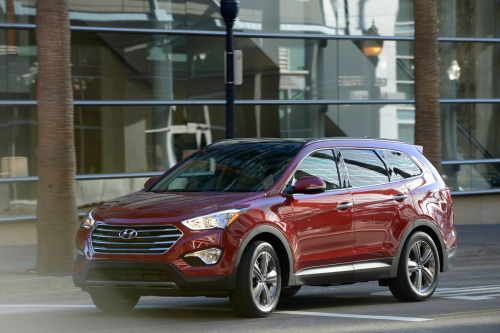 “Anybody who thought Hyundai and Kia couldn’t maintain their flow of new models is going to be sorely disappointed,” Mark Phelan writes. Indeed, the Korean sister companies have come a long, long way since the econo-cars that were first introduced in the U.S., and the Santa Fe is perfectly representative of that. 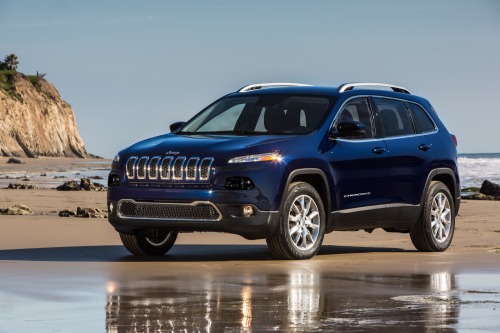 The striking new appearance of the Jeep (FIATY.PK) Cherokee took many by surprise, but according to Phelan, the “radical new look didn’t bother jurors.” Though the Jeep is a far departure from the Cherokees of old, it still maintains the trademark seven-slot grill, and will likely be more than capable off of the asphalt. 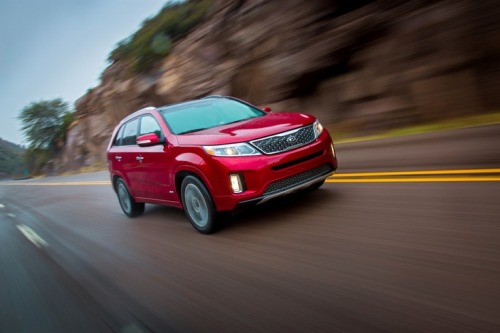 Like its sibling, the Hyundai Santa Fe, the Kia Sorento shows just how far the Korean brands have come. In its top-spec Limited trim, the Sorento offers Xenon headlamps, 19-inch rims, Nappa leather, heated second row seats, and a heated steering wheel. Yes, this is the same Kia from several years ago, too. 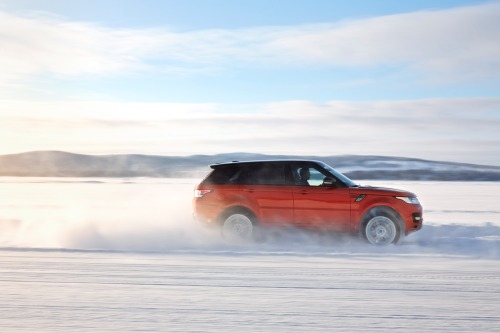 Luxurious, comfortable, powerful, and none of the former to the detriment of its off-road capability, the Land Rover Range Rover Sport is truly a remarkable vehicle, and is a worthy successor to Land Rover’s reputation of making capable and rugged SUVs that don’t forgo elegance or style. 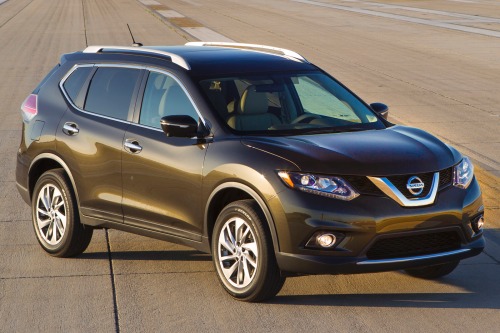 Though the old one was still immensely popular — Nissan will be continuing the model alongside this updated one — the new Rogue puts a more name-worthy aggressive face on the crossover, and from looks alone, the front fascia appears to offer a sleeker and more aerodynamic shape. With hot new contenders from Ford, Subaru and many others, Nissan’s Rogue looks ready to take them on. 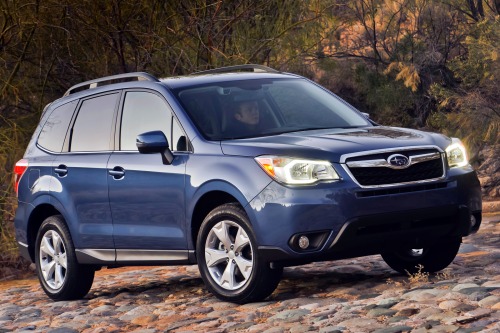 Subaru’s venerable Forster has long been a go-to for outdoor enthusiasts as it offers a superb all-wheel drive system as standard, a peppy boxer engine that returns admirable fuel economy, and a spacious and versatile cabin that can accommodate people and gear with no lack of comfort. The combination is clearly working: the Subaru was just named Motor Trend’s 2014 SUV of the year, too. 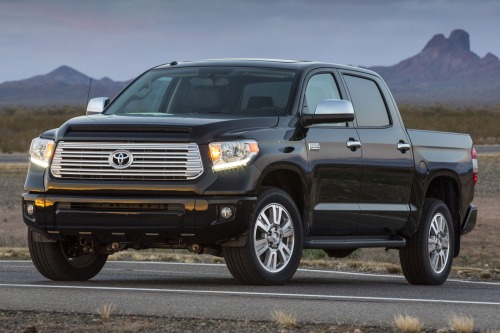 Finally, Toyota’s (NYSE:TM) redesigned, more aggressive Tundra. Toyota has had trouble competing with its American brethren for one reason or another, but the new squared-off, bolder looks certainly give the Tundra the attitude needed. Coupled with the possibility of a Cummins diesel unit down the road, Toyota may finally have an audacious competitor on its hands.