It’s that time of year again, when an official consortium of auto journalists and writers get together to determine what the best car and truck for 2014 will be. A total of 48 members make up the panel that will ultimately bestow the honor on a lucky vehicle.

“The awards — first given in 1994 — are unique in North America because — instead of being given by a single publication, web site, radio or television program — they are given by automotive journalists representing all of those outlets in two countries,” the North American Car and Truck of the Year website says. The two countries are the United States and Canada.

“The awards recognize the most outstanding vehicles of the year based on factors including innovation, design, safety, handling, driver satisfaction and value for the dollar,” the website reads. “To be eligible, vehicles must be ‘all new’ or ‘substantially changed.’” 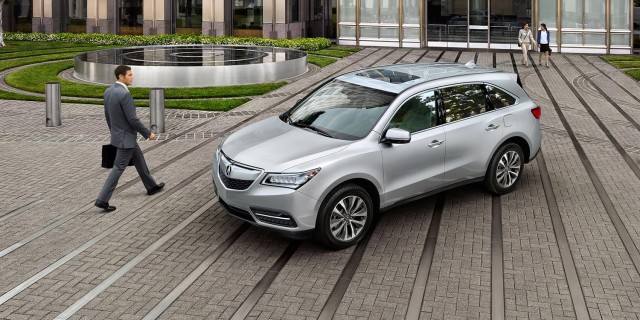 Acura (NYSE:HMC) seems to be still fine-tuning its sedan lineup, but when it comes to utilities, Honda’s luxury arm, has it down. The new MDX, which starts at around $42,000, is a tech-laden, seven-passenger coach with a 290 horsepower beating heart. Each MDX comes standard with Acura’s Jewel Eye headlights, a multi-view rear camera, and 28 miles per gallon on the highway.

Having been around for nearly 14 years now, the BMW X5 has established itself as a benchmark of luxury SUVs in North America. It comes standard with an inline-six and 300 horsepower at $52,800, but buyers can also spring for a diesel version that gets 31 miles per gallon highway or the more powerful, 445 horsepower X5 xDrive50i. 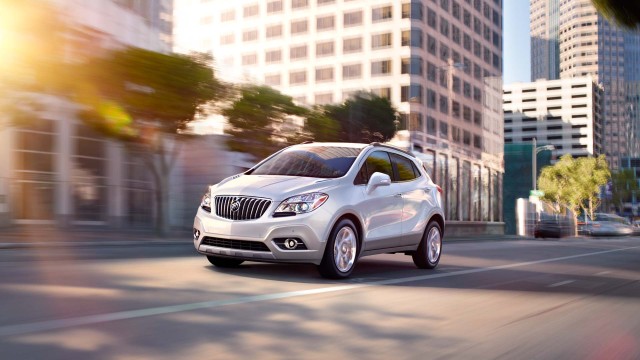 Buick’s (NYSE:GM) compact crossover offers about the most luxury for the dollar as you’ll find, with a base price of $24,160. If you’re looking to gussy it up a bit, though, Buick offers a lengthy menu of premium options that will make the Encore — which manages 33 miles per gallon highway and 25 in the city — a truly competitive luxury crossover.

The new Silverado is Chevrolet’s latest foray in the highly competitive light-duty pickup market, and it’s proven to be a formidable foe. Though it doesn’t sell in Ford F-150 numbers, the 5.3-liter EcoTec V8-fitted Silverado is selling faster than General Motors can produce them. Chevrolet managed to put a modern spin on the vehicle without sacrificing the rugged appearance that a truck should have.

Pitted against the Silverado for the Truck of the Year Award is its corporate sibling, the GMC Sierra. The Sierra starts at a base price of $26,075 and comes standard with a 4.3-liter EcoTec3 V6, which is good for 285 horsepower and 305 pound-feet of torque. The GMC is aimed more at professionals, though underneath the trimmings and trappings, the Sierra and Silverado are quite similar. 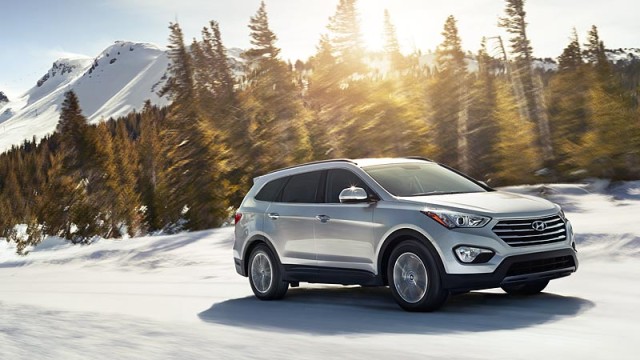 The Hyundai Santa Fe has become a worthy contender for the award through the value that it brings consumers, offering leading horsepower figures (290) for its class, room for seven passengers, and a healthy list of standard options, all for less than $30,000 at base. 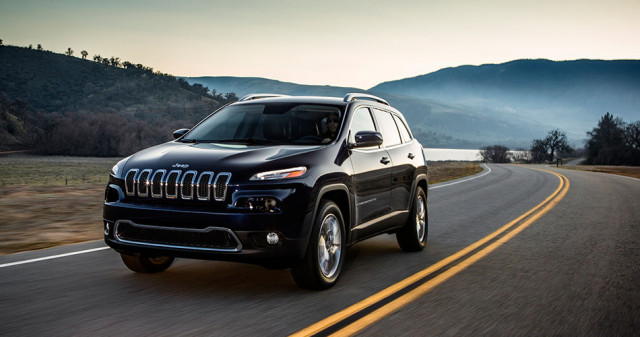 The new Jeep Cherokee certainly looks striking, and it represents Jeep’s renewed commitment to the compact SUV segment. With a base MSRP of $22,995, it’s also one of the most affordable new Jeep models, offering a more civilized take on an offroad SUV that won’t deplete the bank account. 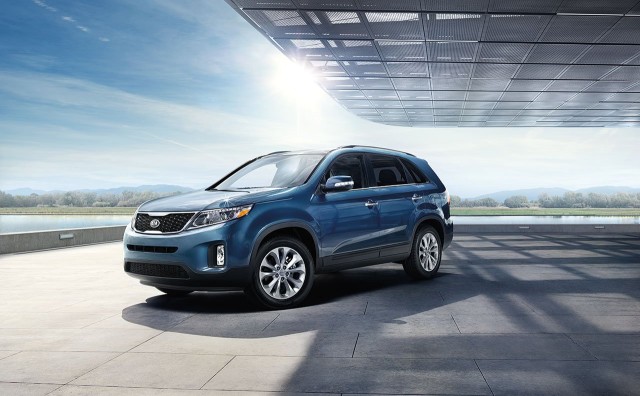 Hand in hand with the Hyundai comes the Kia Sorento, which has matured into a fine vehicle that — like the Hyundai — goes above and beyond what would be insinuated from its MSRP of $24,100. The Kia comes standard with heated mirrors and solar control glass, which reportedly keeps the interior cooler on hot, sunny days. 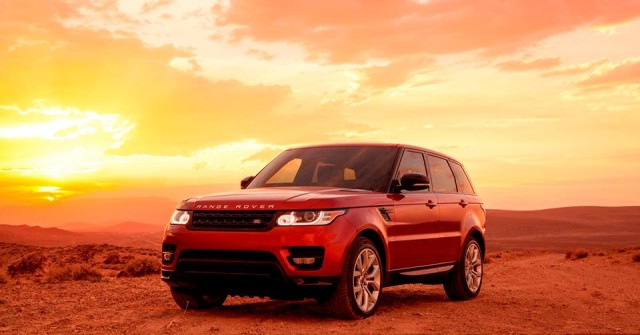 Long the standard of the luxury SUV, the Range Rover Sport is back in a new suit and all the comfort that one would expect from Land Rover. A 3-liter V6 is good for 340 horsepower, though a 5-liter supercharged V8 is also optional (510 horsepower). Alongside its raw power, the Range Rover also boasts a sumptuous interior, decked out with just about every luxury one can ask for in an automobile. 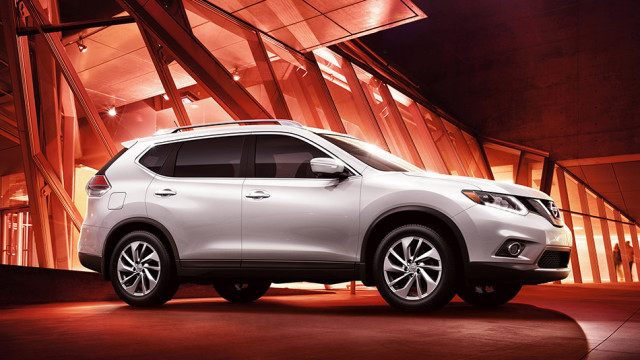 Nissan’s (NSANY.PK) previous Rogue proved to be an enduring model that remained popular right through this year (Nissan will continue to produce it alongside the 2014 model), but it’s hard to argue that it wasn’t due for a refresh. The latest update sees the bolder, more aggressive look that’s becoming an industry standard, though it still starts at a reasonable $22,490 base price. 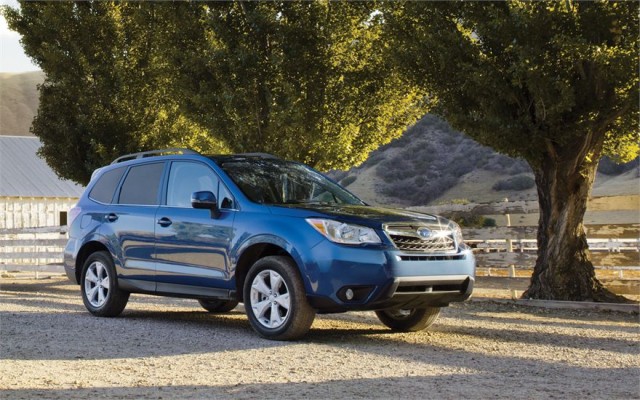 As far as the apex of capability, efficiency, and value go, it’s hard to do much better than the Subaru Forester, which only seemed to get better with the 2014 model year. It now boasts improved mileage (32 highway, 24 in the city), retains the standard all-wheel drive that Subaru is renowned for, and starts at a reasonable $21,995. 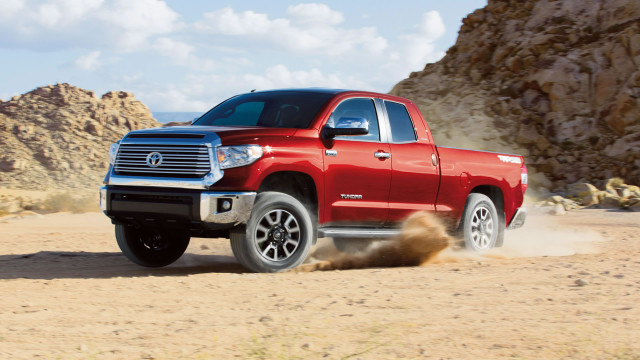 Toyota’s (NYSE:TM) Tundra was badly needing a redesign to remain competitive, and the 2014 model appears to have been given the model the shot it needed. Powertrain options are still limited but the Tundra is as muscular as ever and looks the part. It starts at $25,920, and decked with a 5.7-liter V8, it’ll tow just about anything you throw at it.