15 Cities Where Homes are Not Affordable

Many people view homeownership as a feat: Some see it as a mark of success, and a point at which they’ve achieved the American dream. Overall, around two-thirds of American adults are homeowners and for those who aren’t, some of them are currently working toward saving for and buying a home.

Saving for a home is almost always a challenge, but for those in areas where home prices are high, it may be even more difficult simply because it requires a lot more money. For instance, the housing index (as of the second quarter of 2014) in Mississippi was only 71.8, compared to an index of 204.4 in Connecticut. When salaries in the geographic area are in line with the higher housing costs, this makes it a bit easier. But in many cities across the country, housing prices are high relative to what people are earning. This makes it much harder for people to afford homes.

Interest.com analyzed home affordability in the 25 largest cities in the U.S. Its analysis was based on data gathered on median home prices, median incomes, average property taxes, average insurance costs, and typical debt and mortgage rates. It then used its published online calculator tools to determine just how affordable homes in each of these cities are at the median price point for people earning the median income. Surprisingly, median-priced homes are not affordable to those earning a mid-level income in 15 out of 25 cities. 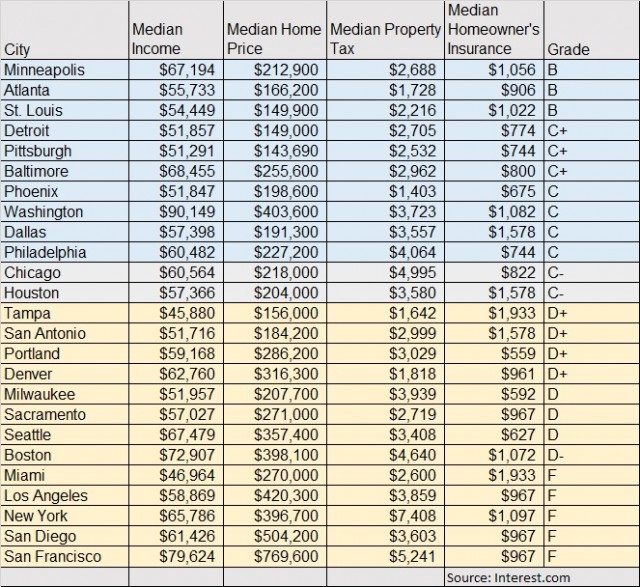 The cities that are highlighted in blue all have an affordability grade of “C” or better, which means that a household earning the median income can afford a home at the median price or higher. Those few cities with a “B” grade are areas where households with middle-incomes can afford homes that are priced at 40% above the median-level price point. 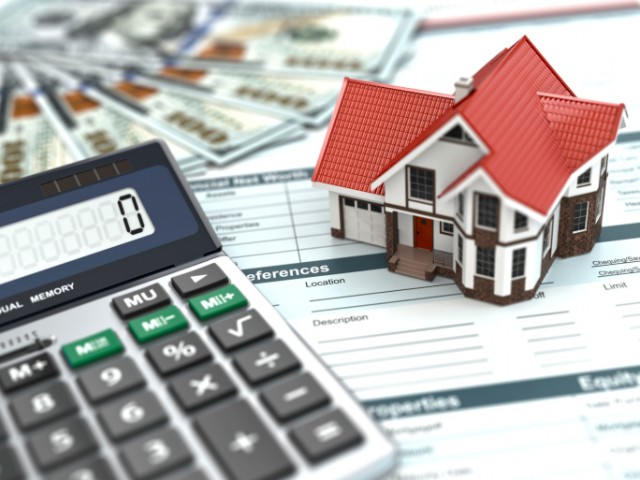 These are the cities where homes are the least affordable:

What if you live in a city where homes are unaffordable?

If you’re shopping for a home on a limited income or in an expensive area, try and get the most bang for your buck. “Buy the worst home in the best neighborhood you can with the full expectation that you’ll have to devote the next several years – maybe longer – to renovating the property,” suggests Mike Sante, managing editor over at Interest.com. “Your equity will grow right along with your property value. And when you have a choice between two fixer-uppers, always go with the bigger of the two homes. You can build all sorts of charm and luxury into a home. Square-feet is tougher (and more costly) to add.”

If you’re in a position where you absolutely can’t afford to buy (as some people in really expensive areas are), invest in your future through some other means for the time being. “Finding a quality rental at a reasonable price that requires you to spend as little of your income as possible on housing might be a more realistic goal. Then use the money that you’re saving – money that you could be spending on housing, but aren’t – to invest in your 401(k) retirement plan or Individual Retirement Account. You’ll still be investing in your future and building real wealth for yourself and your family,” Sante adds, “And you’ll be doing it tax-free.”