2 Reasons American Retailers Are Caving on the Minimum Wage 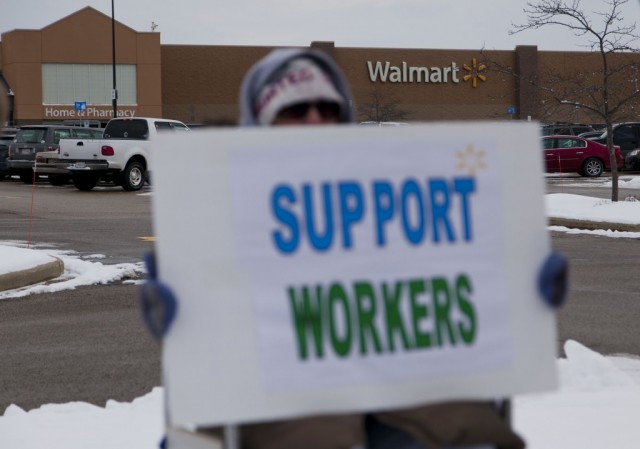 For workers in the retail industry, the last year has been a good one.

First, San Francisco-based Gap Inc. announced that it would increase minimum wages for its workers to $10 per hour in 2015. Then, in February, retail giant Walmart followed suit, and now, others are falling in line.

Walmart’s case is especially interesting because the company has come under heavy fire from prominent activists and personalities over its human resource practices in recent times. For example, actor Ashton Kutcher engaged in a Twitter feud with the company after a report about its unethical practices. Similarly, the company’s memo to employees to seek government-funded health care also caused much public outrage.

But, the Arkansas-based retailer’s policies are symptomatic of HR policies across the retail industry. With the notable exceptions of retailers such as Trader Joe’s and Whole Foods, retail, as an industry, is a cutthroat business of high volumes and low profit margins. It is in a company’s best interests to keep wages low because they contribute to the overall product cost. The problem would not be a significant one if the industry’s wages did not lag behind those for other industries.

Given that it doesn’t make business sense, why are retailers increasing wages? As always, there are two reasons for this.

1. The economics of growing inequality

The recession has sharpened the inequality divide, creating parallel worlds of low-wage workers and moneyed elite. Even as the rich have gotten richer, the working class has been adversely affected by wage stagnation. The effect of this divide can best be seen in the San Francisco Bay Area, where tech employees and low-wage workers have been engaged in a protracted battle for the last two years.

One could, of course, make the argument that Walmart (and the rest of the retail industry) is a private enterprise and is not responsible for society’s inequities. But, that argument misses the point about the American economy’s structure, which depends on private enterprise to subsidize public initiatives. By subsidizing its healthcare onto public enterprise, Walmart has reversed that dynamic.

In terms of sheer numbers alone, the Walmart economy has a sizeable impact on society. The retail industry employs 18.9 million workers in America and Walmart accounts for 2.2 million of those workers. The company scrimps on benefits by employing part-time workers, who constitute roughly half of its workforce. That number constitutes a sizeable percentage of the population and has the potential to reverse the inequality dynamic.

2. A future with fewer workers and more automation

The retail industry has been undergoing a technology-driven business revolution. It affects not only the way that firms do business but, also, the way they interact with customers. For example, supply chain practices have become more efficient even as the number of touch points with customers have increased.

One effect of this transition has been the streamlining of operations as e-commerce reduces the need for physical storefronts (and its associated costs) and tech efficiencies eliminate redundant workers in a supply chain environment. Taken together, these innovations add up to sizeable cost savings for retailers. This is because technology drives down capital costs in the long run through automation of routine tasks. Growing efficiencies results in more profits for retailers leaving them with more cash for more salaries and dividends.

The largest e-commerce store in the world, Amazon is a prime example of this trend and is valued highly by the stock market due to this technology chops. Major retailers such as Walmart were late to the party but have caught up fast. The company is already testing a concept store in Denver, where customers can buy groceries online and pick them up at a physical store. Online orders will reduce the size and number of physical stores for Walmart. A number of niche retailers are also working in a similar format.

There is a downside to this efficiency as well. Automation has resulted in fewer workers and more machines. In fact, according to this report by the Bureau of Labor Statistics, “self-checkout stations at grocery stores may someday replace cashiers or retail salespersons.”