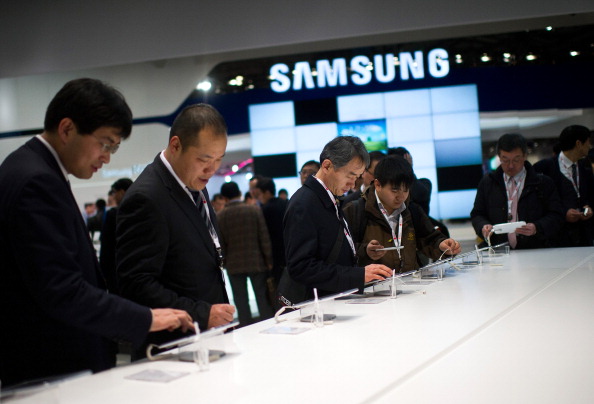 Samsung’s (SSNLF.PK) second-quarter of 2014 ended both lower than the previous quarter and from the same last year. In response to this news, about 200 members of management reacted by returning a quarter of their bonuses. Korean media reports this to be about 300 million won or approximately $2.9 million dollars.

Returning money to the company is not particularly mysterious. It is reportedly a part of the business culture in South Korea. Returning a portion of a bonus is the managers’ way of apologizing for the poor performance and committing to doing better next quarter. What is more mysterious is why the company’s earnings were less than expected.

This past quarter is reported to be the worst in terms of profit in more than two years, reported Reuters. That low level of profit is the reason behind those 200 employees giving back one quarter of their bonuses.

Samsung is both the top Android and top smartphone maker in the world right now. During this most recent quarter, it released the Samsung Galaxy S5, a smartphone that was outpacing the latest Apple (NASDAQ:AAPL) iPhone’s sales in its debut weekend. Smartphones drive the majority of the company’s profits, a factor that is both a strength and a weakness for the company. Recent reports indicate that the iPhone 5S — Apple’s current flagship smartphone — outsold the Samsung Galaxy S5 in May, showing that Samsung’s newest flagship smartphone may not be selling as well now that the hype has calmed down. Poorer than expected sales of the smartphone may be a factor in what caused the company’s second quarter performance.

Increased competition could be another reason. The smartphone market is growing, aided by the open-source Android platform. More small smartphone companies are releasing feature-heavy smartphones. Microsoft’s (NASDAQ:MSFT) smartphone platform, the Windows phone has grown over the past year. Even Amazon is getting into the smartphone market, building on its success with Kindle Fire tablets by expanding into smartphone territory. Add this to the usual competition from Apple, LG, HTC and other of the usual smartphone suspects, and a very crowded smartphone market emerges. All that competition may be part of the reason why the company’s profit hit a two-year low this quarter.

Exactly how much Samsung earned is unclear as of press time. The company won’t be releasing the official quarterly report information until the end of July. LG and Apple are poised to announce its results for its respective second-quarter and third-quarter results by the time before Samsung’s results come out.

Samsung’s second-quarter is no improvement from its first-quarter either. In the first-quarter of 2014, Samsung made a profit of $8.23 billion. This amount was below projections, making 2014 a tough year for the smartphone and appliance company.