2016 Election: Is Anyone Worried About Money Anymore? 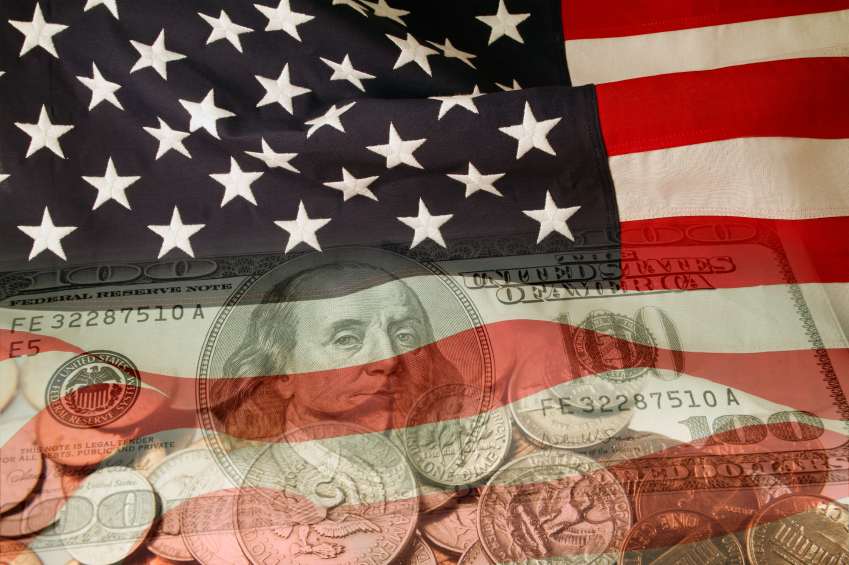 If you paid attention through the last few election cycles, you’ll remember that finance was a big issue. Government spending has ballooned to lofty levels (for a variety of reasons), and the national debt has more commas than Mark Cuban merch. Because so much of the national discussion has been dominated by the economy, deficits, tax rates, and debt ceilings, it’s a bit strange that we haven’t really heard much about it through the first legs of the 2016 election cycle.

Why is that? Did the problem disappear? No, not at all. The national debt, deficits, and debt ceiling fights are still very much a part of the discussion. So, what is it? Do Americans just not really care any more? According to polling numbers, it looks like that’s pretty much the answer.

Pew Research Center recently released numbers portraying Americans’ chief concerns as president Obama slides into his last year in office, and though government finances were big before, that is no longer the case. Here’s a graphic showing where the public’s priorities were, as of the beginning of the year: 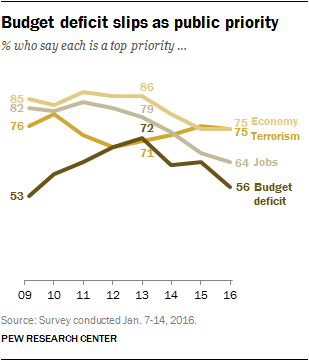 Though the economy is still tied for the top spot, terrorism has climbed to its highest point since back in 2009 and 2010. Concern surrounding jobs has also declined from 18 points from 2009, which likely has to do with the unemployment rate which has dropped below 5%, since peaking around 10% in early 2010. The economy and jobs are closely related, and if there’s a takeaway from seeing the public still concerned so much about the economy, but not jobs, it’s that people are worried about their jobs in the future – and there’s plenty to be concerned about.

But, as we’ve been exploring, the one line that is at the bottom now is the budget deficit. Again, this was what was dominating political conversation through the last few elections, but this time, it doesn’t seem to be coming up. At least not nearly as often. Why?

First, and most obviously, the economy’s doing better. It’s a far cry from ideal, but it’s hard to say that we’re worse off. Still, a huge percentage of Americans don’t necessarily feel that they’re doing any better. Gallup numbers show that 42% of Americans claim that they’re no better off now than they were eight years ago, though 50% claim that they are. Those figures fall in line with political leanings as well: 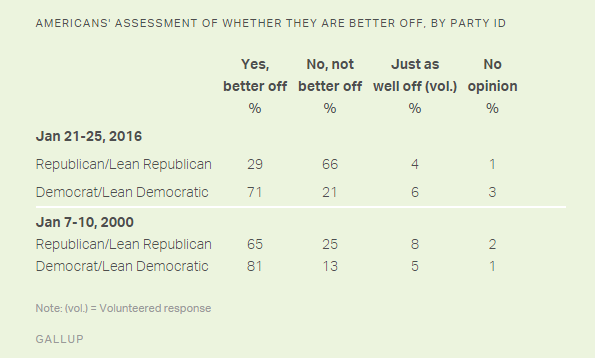 What will be particularly interesting is seeing how this actually plays out in the election. Though income and economic inequality have become hot topics among the candidates, we’re still not seeing much concern about the budget deficit. That makes you wonder how much people really have finances on their mind. Of course, personal finances play a role when trying to assess whether or not you’re “better off” than you were before, but several other things could have played into that as well.

A second factor that may have thrown America’s attention away from budget deficits is the fact that the Obama administration has, in effect, made some headway on the issue. Though we’re still in a lot of trouble (under Obama’s watch, the national debt has increased by trillions, and the long-term forecast is likely to give you nightmares), the Obama administration has managed to lasso the situation, albeit it by just a bit. Due to improving economic conditions, the deficit situation has gotten better – and that’s likely played a large role in why it’s not quite such a big issue this election cycle.

Still, that long-term budget outlook is enough to give even the least financially literate among us a panic attack.

Finally, you may be wondering why any of this is important – so what if people have shifted their attention away from some things, and focused on others? The issue is that the financial issues facing our government, and therefore the people of the United States, have not gone away. And we can’t really forget about it. These are serious problems that need to be addressed. But our attention is easily swayed by the theatrics of Donald Trump, or by the out of literal left-field rise of Bernie Sanders.

The rise of these two non-traditional candidates has been a huge story, and distracted from many of the issues that we may be discussing otherwise. The numbers show that finances, at least in terms of budget deficits, are no longer the topic most Americans are concerned about. But looking at the numbers and projections, it’s obvious that we’ll revisit the problem in future cycles.