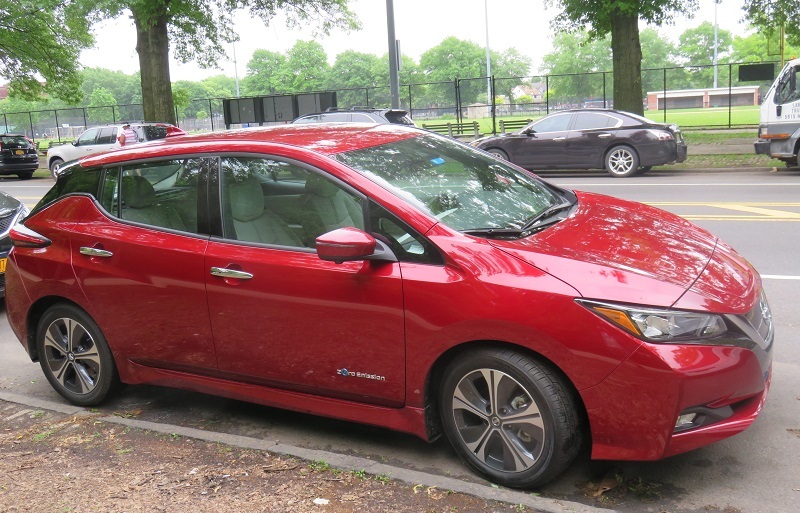 The 2018 Nissan Leaf is a major upgrade over the previous model. | Eric Schaal/The Cheat Sheet

Has 2018 been a good year for electric vehicles? Well, there are a few ways to look at it.

Meanwhile, the Nissan Leaf got a major facelift and much more range for the 2018 model year without going above $30,000 for the base model. Over five days at the end of May, we got an idea what it’s like to live with Nissan’s new EV. Here’s what we learned driving the 2018 Leaf, which in many ways is the antidote to the Model 3.

1. Leaf performance got a significant upgrade.

You notice every one of the 40 additional horses, especially as you zoom your way through multi-lane city traffic. In our brief runs on New York-area highways, the new Leaf had no trouble merging whatsoever.

2. Its styling lost the awkwardness. 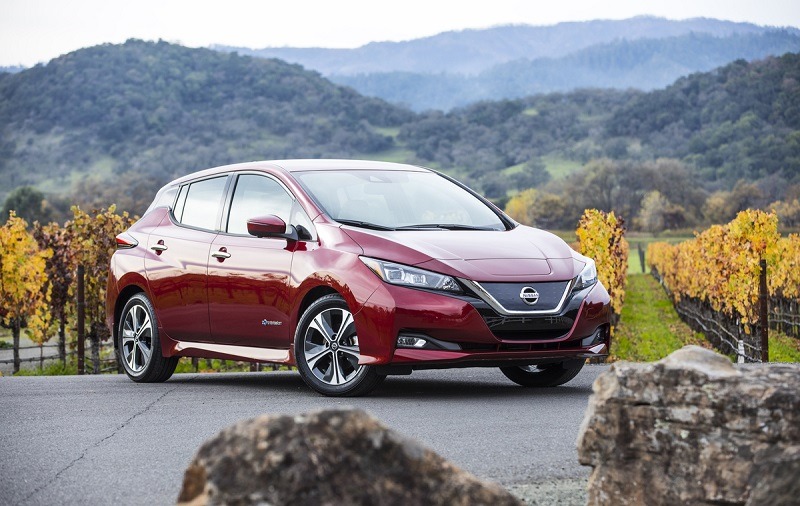 Though Nissan did not introduce an all-new model with this Leaf, the exterior got a significant overhaul for 2018. Gone is that bug-eyed appearance in the front, as well as any other distraction at the curb.

While the Leaf’s styling won’t knock you out, it’s pleasant enough to blend in and holds up to closer scrutiny. In this department, we’d say it’s the equivalent of Chevrolet Bolt EV, another top EV currently on the market.

Next: With 151 miles of range, city drivers won’t even think about it. 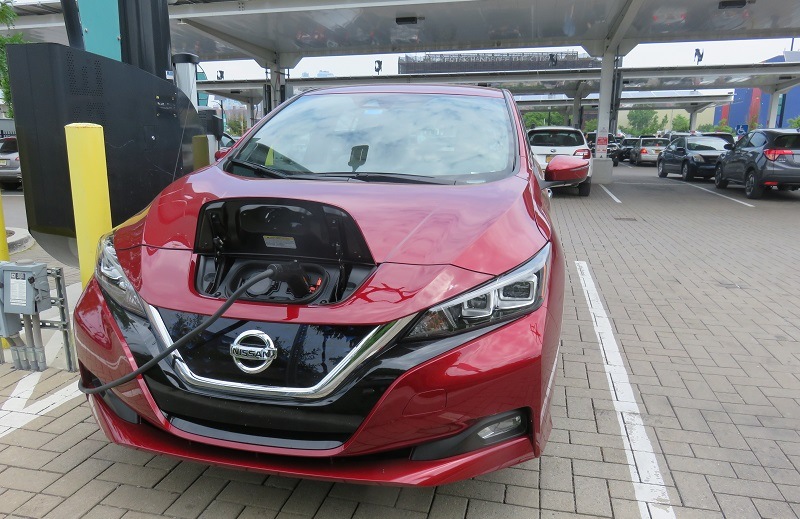 Charge your Leaf at the local Whole Foods, if you happen to shop there. (This one is in Brooklyn.) | Eric Schaal/The Cheat Sheet

While we didn’t take a major road trip in the 2018 Leaf, we made several laps through Manhattan, Brooklyn, and Queens over the course of five days. In all, we covered about 200 miles.

During that time, we charged once at a public station (240v charger) while buying some barbecue supplies and a second time overnight (adding 40 miles) on a regular home (120v) outlet. Otherwise, we never charged and never thought about it.

The EPA’s estimate of 151 miles of range goes a lot longer (about 170 miles) when you’re driving around the city. Leaf’s mileage gauge lets you know, too. (At one point, it read 167 miles.) The bottom line is, the 2018’s range is more than enough for “normal” car usage.

Next: Energy usage remains stellar with the more powerful model. 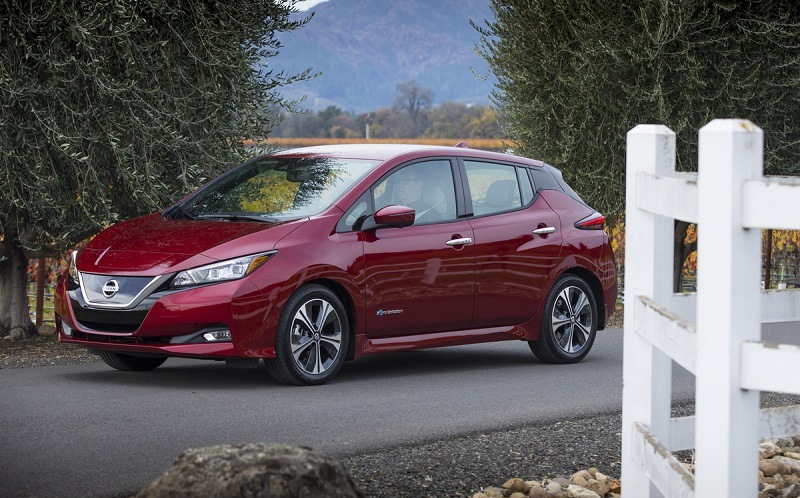 You can say 2018 Leaf economy remains unchanged, but it actually ticked up to 125 MPGe in city driving. Considering how much power is now at the driver’s disposal, that’s a solid achievement.

Next: Tech and controls are neither fussy nor confusing.

5. The infotainment system is solid. 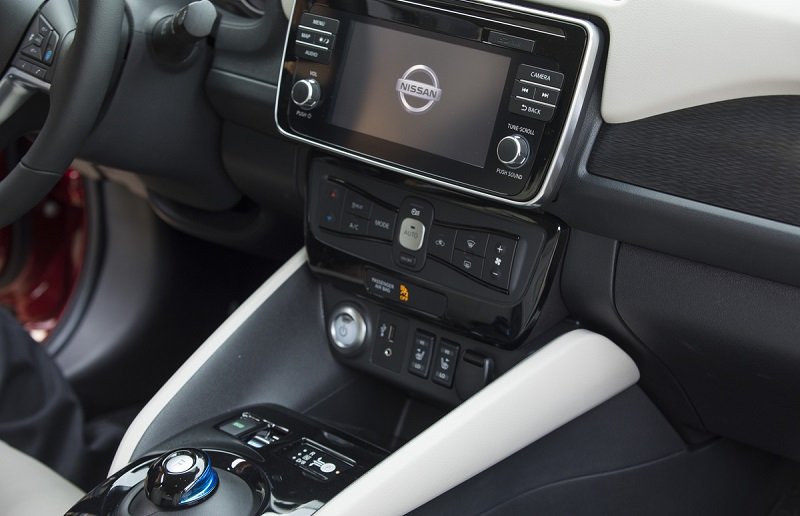 You don’t need the manual to drive or play your music. | Nissan

The biggest compliment we could give a car’s infotainment is this: We never read the manual yet knew how to use everything. Happily, that’s exactly what happened in our five days with the 2018 Leaf.

Bluetooth synced up immediately and started playing Pandora out of my phone; the navigation system needed minimal fiddling; and everything else was where you’d expect it. Overall, it was probably the least fussy infotainment system we’ve tried.

Granted, in the range-topping SL trim ($38,500) we drove, it should be that way. But tell that to my cousin’s Mercedes.

Next: The EV drive settings are equally user-friendly. 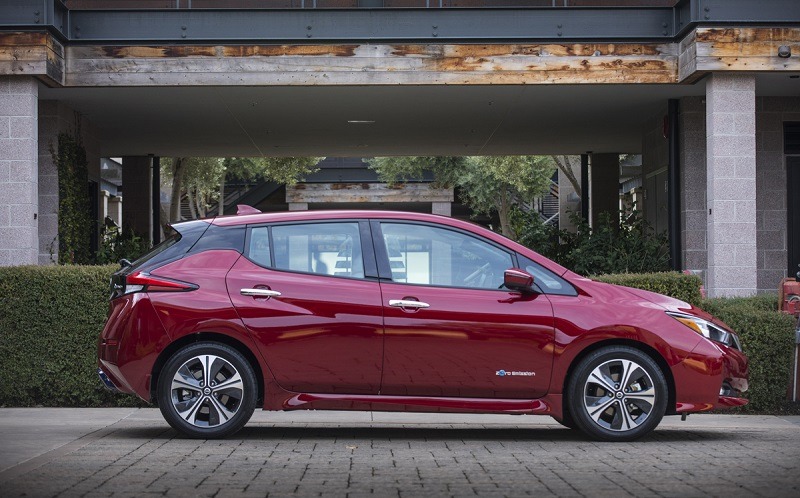 Buttons where the gear shifter sits in most cars handle ECO and regenerative braking modes. | Nissan

You can drive either normally, with the vehicle coasting after you take your foot off the accelerator; in ECO mode, with automatic regenerative braking and controlled acceleration; or in e-pedal mode for maximum regen braking. You switch between the three modes by tapping buttons between the front seats.

The ECO button sits on the top left of the small control panel, with e-pedal switch on its right. | Nissan

These changes are easily managed without taking your eye off the wheel. Also, since they are so easy to access, you can avoid accelerating in ECO mode, which diminishes the car’s power output.

Next: We had a few issues with interior quality and functionality. 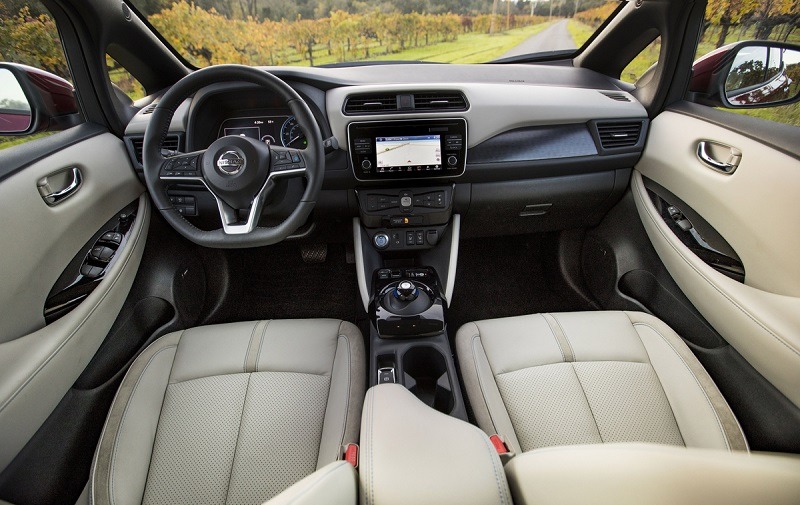 A few areas in the cabin could use work. | Nissan

While the 2018 Leaf SL seats are comfortable and made of quality materials, we can’t the same for the front doors and dash. These areas felt lacking in a car with a $38,500 price tag (before incentives).

Another thing that caught our attention was the lack of a switch to open the hatchback: You can’t open the back from the driver’s seat or by using the key fob. Even in five days with the Leaf, we missed this basic function we’ve grown used to several times.

On one occasion, I had to get out and open the hatch for someone to drop a bag inside. Another time, I wanted to open it when I was carrying a few bags to the car. Alas, you can’t do either in this Leaf, and a Nissan rep confirmed this setup was intentional.

Next: Unlike Tesla Model 3, the 2018 Leaf is affordable, user-friendly, and available.

8. Leaf is again the market’s most practical EV. 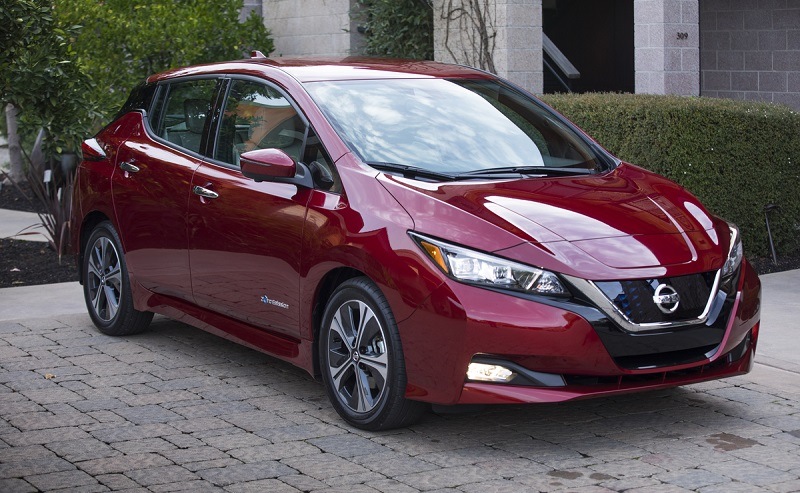 You don’t have to listen to excuses from a CEO. Leaf’s ready to drive now. | Nissan

As EV consumers continue waiting for a Model 3 that may never drop below $49,000, the 2018 Nissan Leaf has gotten back to its old corner of the market: It’s the best electric car you can get at a base price below $30,000.

If you want a commuter car that reliably delivers affordable transportation, the Leaf is that car. We’d love to believe an amazing performance EV could cost about the same, but we already fell for that once. It’s time for green car drivers to move on.