3 Charts Showing How “Unremarkable” the Economic Recovery Has Been 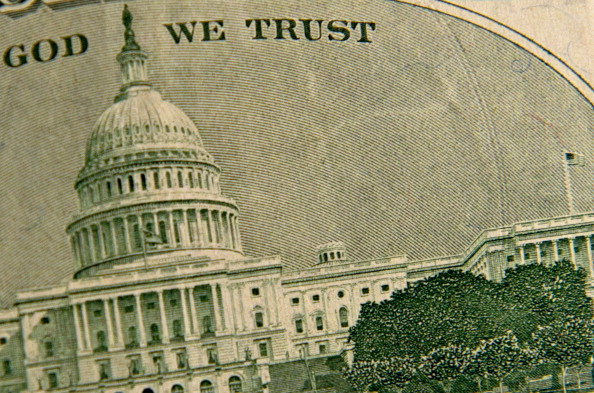 Over the past five years, since the (technical) end of the Great Recession, a dense kind of economic malaise has settled over the United States. Overall unemployment is down but many of the new jobs being created are low wage and part time; real wages for most workers hasn’t budged. Wall Street is drowning in money but Main Street is still struggling to save, and millions of aging Americans are woefully unprepared for retirement. Gallup, a research and analytics firm, reports that a 48% plurality of Americans believe national economic conditions are getting worse.

Speaking at the 2014 UBS European Conference this November, Philadelphia Fed President Charles Plosser described the recovery as “steady, if unremarkable.” Plosser highlighted the fact that headline unemployment has fallen faster than the FOMC initially forecast, hitting 5.8% in October compared to the 6.3%-6.6% range estimated in December. The most-recent employment numbers from the BLS also contained positive revisions for September and August. Year to date, the U.S. economy has added 2.3 million jobs.

But “This is not to claim that all is rosy in the labor markets,” Plosser added. “Many Americans remain frustrated and disappointed in their jobs and job prospects. For example, a large contingent of those working part time for economic reasons would like to be working full time. Nonetheless, we have to acknowledge that significant progress has been made.”

This progress can be hard to see, however. So here’s a breakdown of the current employment situation in the U.S.

Although the total level of employment has actually surpassed its pre-crisis peak, the number of full-time jobs has yet to fully recovery, while the number of forced part-time jobs remains much higher.

When the headline unemployment rate (in blue, left axis) began to decline from its peak at 10 percent in October 2009, a substantial decline in the labor force participation rate undermined the ostensibly positive news. It wasn’t so much that there were fewer people without work, it was that there were simply fewer people looking for work; they had given up, and had dropped out of the labor force entirely.

It’s worth pointing out that some, if not much, of this decline is attributable to demographics. The Baby Boomer generation has begun to reach the age of retirement, and the financial crisis forced many of them down the road more quickly than anticipated. In a speech last year, Federal Reserve Chair Janet Yellen said that, “The aging of the population has put downward pressure on labor force participation, so employment hasn’t had to grow as quickly to keep pace with the potential workforce.

However, she added that even after adjusting for this trend, “the Great Recession stands out both for the magnitude of the job losses that attended the downturn and for the weak recovery in employment that occurred after the recession ended.”

The labor force participation rate was relatively unchanged in October at 62.8%.

Defined by the Bureau of Labor Statistics as labor force participants who have been out of work for 27 weeks (six months) or more, long-term unemployment is both a symptom and a sickness. As a symptom, it indicates economic anemia caused by weak demand and structural unemployment, which usually comes in the wake of an economic shock like the financial crisis. As a sickness, it can ruin the career or lives of those affected, destroying not just savings but also reducing a person’s likelihood of being hired and reducing earnings potential for many years.

In October 2014, 2.9 million Americans accounting for 32% of the total unemployed had been looking for work without success for more than six months. This is down dramatically from post-crisis highs in 2010, but it is still well above even the highest peaks previously recorded.