3 Companies to Avoid Until They Show You the Money 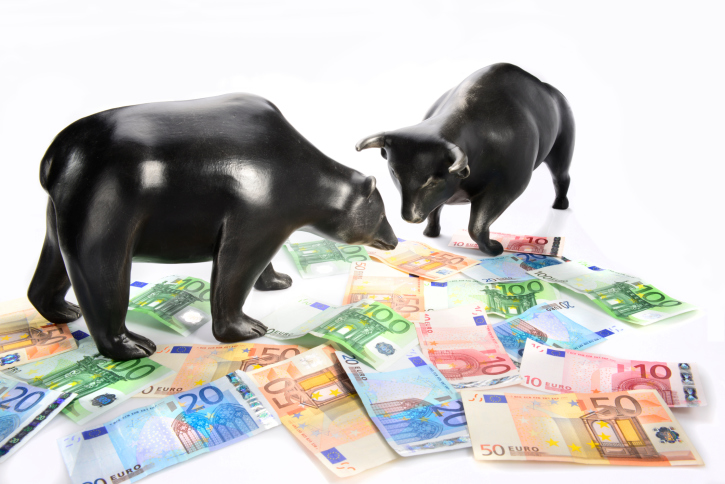 In a bull market, investors often become irrationally optimistic. They become more likely to invest their money in a stock based upon a positive story they hear about the “next big thing” rather than the underlying company’s ability to generate earnings and cash flow. Such investments start to rise in value. However, they don’t rise because they are fundamentally increasing in value. Rather, they rise because the story gains momentum. In short, a bubble forms.

In the strong stock market of the past couple of years, we have seen many companies fit this model. Investors were more concerned about a company’s ability to tell a compelling story or to increase its sales rather than its ability to generate a profit. While investors made excuses on the way up, we have started to see this sentiment begin to change for a lot of these companies. Finally these momentum players are giving up, and in all likelihood I suspect that many of these stocks will continue to fall in value until management is able to give investors a tangible reason to buy them. In short, management needs to generate profits.

The following three companies fit this profile. Investors were enthusiastic through 2013, and they have started to forfeit their positions. While it is impossible to accurately predict future investor behavior, I suspect that once these companies are able to turn their stories into profits that investor sentiment will shift back. But until then, the best strategy is to stay away: There are far too many high-quality companies to invest in with both stories and cash flow to waste your money betting on simply these stories.

Amazon is the leading e-commerce company. Investors have been enthusiastic that the company will remain the dominant player in this growing business. As a result they have given management the benefit of the doubt. Instead of generating profits management has reinvested all of its revenues into building out its distribution infrastructure. As a result the company has continued to grow, but at the same time, in order to protect its dominant position it has continued to reinvest its revenues into its distribution network.

For a long time, investors were fine with this. After all, Amazon could have been profitable, and instead the company’s management was wise enough to eschew profitability in lieu of expansion. But at some point one has to wonder whether the company can retain its dominant position without investing all of its free cash flow into expanding the business.

Since there is no evidence that it can, one can question Amazon’s entire business model. As a result the stock has begun to sell off this year, with shares down more than 25 percent year to date. Clearly Amazon has to show investors some real profitability, or else they will start to turn elsewhere to e-commerce companies that can generate a profit.

At least Amazon has sales and sales growth, not to mention a business that many of us have interacted with. While we can question the business model we can at least point to something tangible. Organovo is a pure story stock. The company just has cash and an idea that sounds like it is out of a science fiction novel. Management intends to develop the technology needed to 3-D print body parts — liver tissue, in particular — and to monetize it.

While it sounds revolutionary and exciting, the company has no revenues and no business model to speak of. The excuse is that this is a very long-term project, and that the technology can be so valuable that investors can justify a position in the stock anyway.

In the nearer term, the company plans to sell 3-D printed liver cells to drug companies, which will use these cells to test its products. But critics argue that there is no advantage to using Organovo’s liver tissue, and that this is already a very competitive field. In short, from an investment standpoint there is hardly a reason to own the shares.

Nevertheless, this was one of the hottest stocks of 2013. Shares were up as much as fivefold at one point during the year. But with investors selling off 3-D printing stocks more broadly this year, Organovo shares are down 40 percent. They have bounced back over the past couple of weeks but this is on no news, and it is more likely due to short covering and short-term momentum coming back into last year’s leading stocks. I suspect that it is only temporary, and until the company is able to monetize its idea, Organovo is hardly worth the cash it has on its balance sheet.

LinkedIn is a case that is similar to Amazon. The company has a product that many of us are acquainted with. Furthermore, investors have applauded the fact that the company has found a way to monetize social media in a way that Google (NASDAQ:GOOG)(NASDAQ:GOOGL) and Facebook (NASDAQ:FB) have not. Additionally, for many people in business, being a LinkedIn member is not optional. As a result, the company has seen tremendous sales growth that has exceeded 50 percent per year.

Unfortunately, this has not been translating into profits, and this is a problem. However, it wasn’t a problem prior to October. Investors bid the company’s valuation up to $250 per share, or about $25 billion. Since then, though, like with many other companies, investors began to sell shares. The stock now sits at $150 per share, and we recently learned that an insider — James Kevin Scott — recently sold part of his position, which suggests that even management doesn’t believe in the current valuation.

The problem with the current valuation is that LinkedIn is not turning a profit. It, like Amazon, is using all of its revenues to invest in the business. In a market where investors are becoming jittery, this sort of excuse doesn’t fly. The company needs to start to generate profits, or else more investors are going to lose faith. Fortunately, the company is growing its sales at the fastest pace of the three companies that I mention here. It also has a subscription model, which means that it generates regular revenues.

With this point in mind, I think LinkedIn may be the best positioned of the stocks that I mention in this article. Still, if you are a prudent investor, you should hold off any purchase of LinkedIn shares until we see tangible signs of profitability, and I simply don’t know when this will happen.