3 Economic Indicators You Should Really Pay Attention To 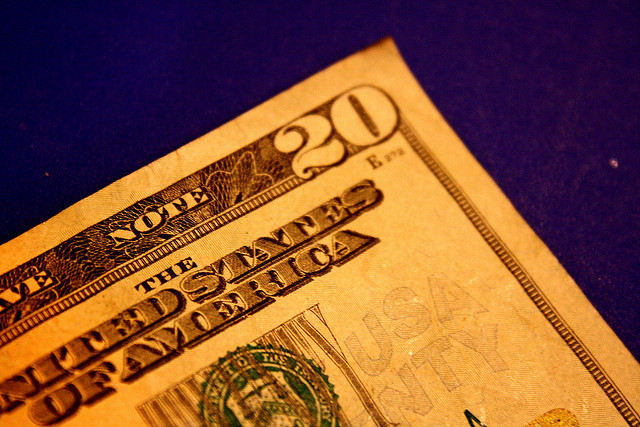 On Wednesday, the Bureau of Economic Analysis let us know that the economic pain experienced in the first quarter was deeper than originally thought. The latest and final round of revisions show that the economy contracted 2.9 percent in the first quarter, down from a previous estimate of -1 percent. Things may not be as bad in the second quarter, given that consumer price inflation has picked up some pace and there are signs that labor market conditions are getting better, but economists still appear to be conservative about the economic recovery.

The overall unemployment rate for April and May steadied at 6.3 percent, having declined from over 7 percent around November. Consumer prices, as measured by the Consumer Price Index (CPI), also rose 0.4 percent in May, for the third straight month, and year-on-year consumer prices increased 2.1 percent, the highest growth since June last year. Economic theory suggests that some demand-led inflation is good, as it is a sign that the economy is moving toward full employment. But in spite of these signs of recovery, the Federal Reserve has pruned its growth projections for the entire year from a range between 2.8 and 3 percent to somewhere between 2.1 and 2.3 percent. The International Monetary Fund also made a sharp revision in its full-year growth estimates, from 2.8 percent to 2 percent.

But does the skepticism about recovery stem from the latest revisions alone or does the economic data from the last five years have something to add? If we look at not-so-popular economic indicators like output per capita (per person), real personal consumption expenditure per capita, or real private domestic investment per capita, we might find some guidance for our question.

Data published by the Federal Reserve Bank of St.Louis (FRBS) show that real gross domestic product (GDP) per person, or the economic output per person in U.S., took five and a half long years to crawl back to levels seen before 2008. For a broader trend, it is still 15 percent below its pre-crisis average, according to the FRBS report.

While growth is in positive territory, it has yet to catch up with pre-crisis levels. Unemployment and a near-deflationary situation (a fall in prices) as a result of the economic downturn post-2007 could have been major reasons why GDP per person did not look inspiring in all these years. 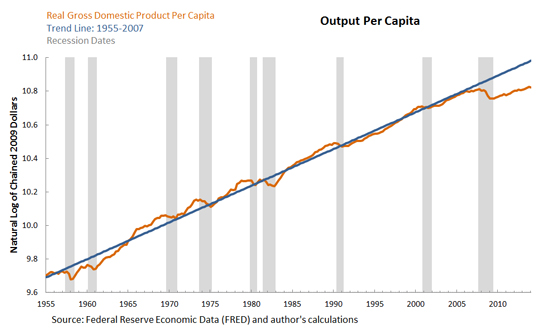 Per-person consumption expenditures generally move in tandem with GDP output per person. The relationship between the two is intuitive. High output per person indicates that the economy is running closer to its potential. According to economic theory, under these conditions, the economy tends to have maximum employment rate. When there are more jobs, there is more income, and therefore consumer spending tends to be higher and vice versa. 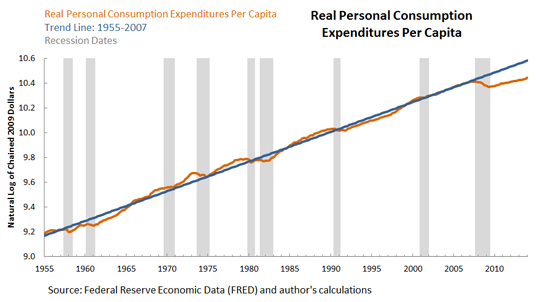 Real gross private domestic investment (PDI) per person, also called capital formation, is the portion of business capital that is employed in creating fixed capital assets, investments made in replacing these assets, and investments in inventories. This is an important economic indicator because it signals what the productive capacity of the economy is in the future. Data on real PDI per capita shows businesses are waiting for some more stability in growth before investments resume. Real PDI per person is up from $1.8 billion in 2009 to $2.6 billion this year (in the first quarter), but it is way off its pre-crisis levels, when domestic investments per person were consistently above $2.6 billion.

All the three indicators say something like this: The economy is doing better since the financial crisis in 2007, but it is difficult to say how long it could be before we are back to the times we had before 2007, when output was high, the investment climate was positive, and prices were stable. 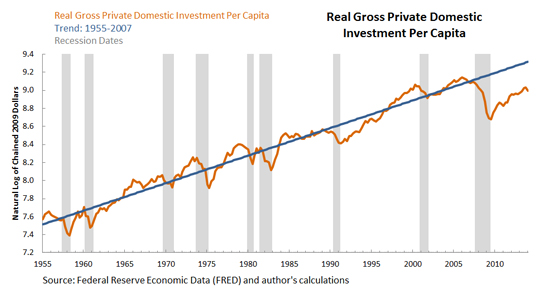