The fact that these ETFs have been underperforming doesn’t necessarily mean that there will be a market decline, although it does suggest that investors be more vigilant than usual. If these funds rebound and start to lead the market higher, then there shouldn’t be anything to worry about. If, on the other hand, it breaks down further, then investors should consider taking profits in stocks more broadly and begin to move into safe-haven assets such as cash, Treasury Bonds, and gold.

This one is pretty obvious. Homebuilding is an industrial activity that is in greater demand when people have more money and want to buy new homes. When homebuilding declines, it means that there are fewer home buyers, and more of the homebuyers out there are willing to buy existing homes.

So far this year, the XHB is down over 5 percent. This may not seem like a lot but it is underperforming the S&P 500 by about 10 percent — and that’s a big deal. It suggests to me that homebuilders are building fewer homes, and that they are making smaller profits on the homes that they are selling. This is especially problematic because one would expect that declining interest rates would spawn interest among prospective home buyers, but it isn’t. This indicates that consumers aren’t willing to borrow and spend money, and despite strong consumer sentiment numbers, this indicates that consumers don’t have a lot of confidence. Continued weakness in the XHB should confirm these points and prompt prudent investors to sell.

The XRT is also down more than 5 percent, and like with the homebuilders, the retail stocks are trying to tell us something. When retailers underperform it means that consumers are spending less, or that retailers have higher input costs, which will lead to raising prices, which will prompt consumers to spend less. Either way, it is a bad sign.

Investors should be concerned that many retailers are having problems of one kind or another. Very few retailers are reporting rising sales and rising profits, and those that are — such as Michael Kors (NYSE:KORS) — don’t accurately reflect the state of the economy. Even the best run retailers that sell to consumers throughout the economic spectrum — e.g. Home Depot (NYSE:HD) and Costco (NASDAQ:COST) — are growing at a much slower pace than it was a couple years ago. With this in mind, investors need to watch for continued underperformance in the XRT, and if this occurs it might be foreshadowing broader weakness in the equity markets. 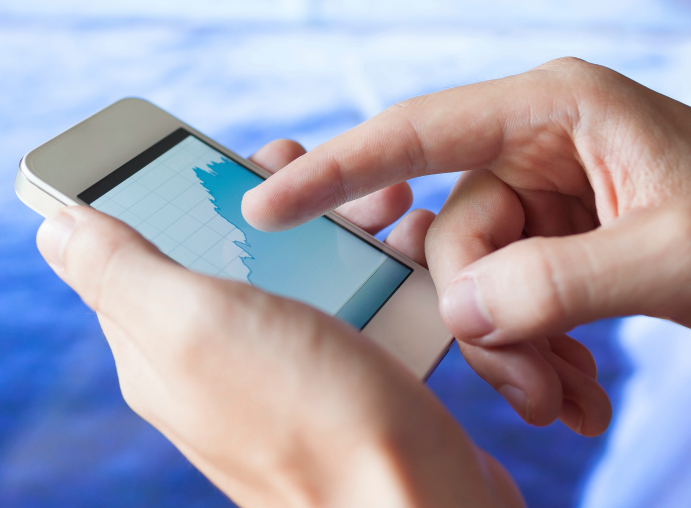 When investors are more optimistic, they are willing to take more risk, and this means that they want to own small-cap companies. These companies have more room to grow than their large-cap counterparts. They are also potential takeover targets. Finally, small-cap companies can focus on a narrow market niche that wouldn’t move the needle for a large-cap company. So when investors start abandoning small-caps in lieu of large-caps, it means one thing: they want the safety that comes with big companies. Big companies can withstand economic weakness. It can also borrow money when credit is tight. Finally, big companies got to where it is because it has survived past recessions, and this means that there is likely an internal culture that works during lean times.

Small-caps have fallen by over 2 percent this year, and this underperformance has been greater since March. This means that investors are cautious, and they are gravitating towards the safety of large-caps. If this continues, it could be foreshadowing economic weakness and a market decline. With this in mind, you should keep an eye on small-caps via the IWM, and be ready to respond if it continues to underperform.