3 Facts You Should Know About Obamacare Insurance Plans

Obamacare has become a household term. Whether you’re Democrat, Republican, or Independent, odds are you’ve discussed Obamacare with someone — its pros, cons, and maybe even how it has impacted you personally. A long and detailed document, the Patient Protection and Affordable Care Act has been analyzed and scrutinized by researchers, media, and political entities.

During the recent election, we saw advertisements that cited various facts and statistics pertaining to Obamacare. But, as most of already know, during political campaigns, it’s tough to determine which of these figures accurately portray the real situation. With so much different (and sometimes contradictory) information coming from so many different angles, it may be hard to make an informed decision. So what’s the real deal with Obamacare and these marketplace plans?

Check out a few facts we gathered from the ACA, the Census Bureau, Gallup, and the Henry J. Kaiser Family Foundation.

More and more people are signing up

The Census Bureau’s population survey found that during the year 2013, 86.6% of the population had health insurance coverage for all or part of the year, while 13.4% did not have health insurance for the entire year. The uninsured population is growing smaller and smaller, as people choose to enroll in insurance plans, instead of the alternative: facing a penalty and paying for medical expenses entirely out-of-pocket. As of the middle of April (during this year), 8 million people enrolled in health insurance plans through federal or state marketplaces. 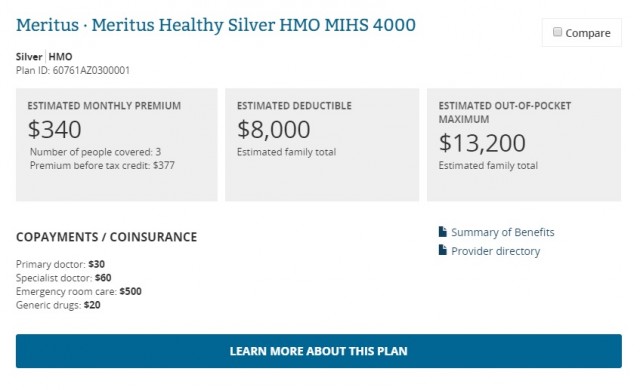 The costs and benefits depend on your individual situation

The cost of coverage under Obamacare plans varies depending on factors like plan level (bronze, silver, gold, or platinum), provider, income, and location. Income is the most significant factor. An example three-person household that brings in the median income ($51,939) would pay somewhere in the range of $377 per month, but they are eligible for around $37 per month in tax credits (which they can deduct directly from the monthly cost of premiums or get back at tax time). The example household lives in Phoenix, which is an area with a moderate cost of living, and the adults in the example household are both 30-year-old, non-smokers, and they have one, 10-year-old child.

Now, if that same exact household earned $20,000 less ($31,939), their costs would reduce dramatically. They would be eligible for around $281 in tax credits, as opposed to $37, which could be deducted from the cost of the plan to render it more affordable. Those who sign up for silver plans may also be eligible for cost sharing reduction, which reduces out-of-pocket costs, like co-pays and deductibles. Then, of course, those in the lower income groups may be eligible for a program, like CHIP or Medicaid. So overall the cost can vastly differ. 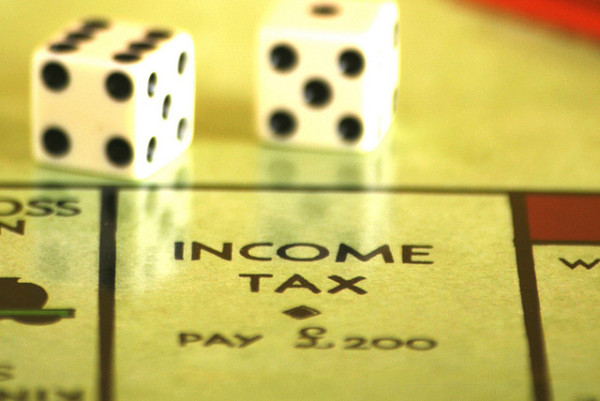 Tax credits are “in advance”

For those who are eligible for tax credits, keep in mind that these are well, “tax credits.” They are based on your income and everything has to match up. So, if you have a large difference in earnings between what you reported and what you end up making at the end of the year (say, you get a raise or you pick up a second job, for instance), you may just end up owing money. In a nutshell, the government is “fronting” you these credits that you are ‘probably’ entitled to at the end of the year. But, things can change. It’s essential for those who use these credits to report any changes in their income.

Overall, people appear to be pretty happy with their marketplace plans so far, though. Gallup found that as of late, 70% of Americans with health insurance say they are satisfied with how the health care system is working for them, and around 75% of people who bought insurance through exchanges earlier this year have rated their coverage as either “excellent” or “good.”