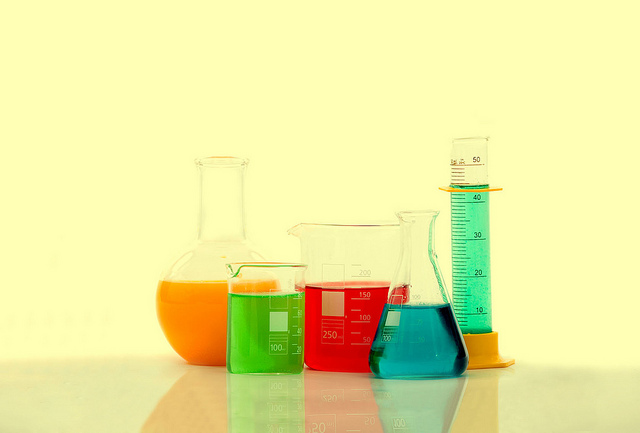 Although biotechnology stocks offer incredible return potential, that return potential comes with additional risk. One of the biggest risks revolves around dilution and secondary offerings, which can expose investors to big price drops. To combat that risk, investors may want to consider biotechnology stocks for companies that are generating revenue to help fund their research & development programs. Three contenders that appear to be doing just that are NeoStem (NASDAQ:NBS), POZEN (NASDAQ:POZN), and Curis (NASDAQ:CRIS).

Over the past few years, NeoStem has quickly become one of the most recognizable names in the cell therapy industry. The company has built an extensive research and development program that is developing treatments for a variety of diseases. The company’s pipeline and sub units include:

Clearly the pipeline is enough to get most investors excited. As biotechnology investors are aware, the risks of trial failure are high. That being said, because of NeoStem’s diversified approach, the odds of success are much higher than most single candidate focused companies. Another reason why NeoStem is exciting is because of the revenue that the company has been generating for the past few years.

The reason why NeoStem is generating revenue is because of its acquisition of Progenitor Cell Therapy (PCT) that occurred in January 2011. PCT is involved in contract development and the manufacturing of cell therapy products. PCT offers the following services:

PCT has additionally embarked on an engineering and innovation strategy focused on lowering costs of goods while at the same time striving for the highest quality of manufactured products.

In addition to the AMR-001 results due in late summer, investors should also pay attention to additional clients that sign up with PCT.  A growth in clients over the coming 12 months means more revenue for NeoStem, which mitigates the risk associated with most biotech companies as they develop their pipeline.

A second revenue-generating small-cap biotechnology stock that investors may want to look at is POZEN. POZEN is a progressive pharmaceutical company that is focused on in-source drug development. The company specializes in developing new drugs that are capable of treating unmet medical needs. One of the strategic advantages for POZEN is that it finds commercial partners to market its products. In this way, the company can avoid the high costs associated with manufacturing and marketing.

Through these collaboration agreements with marketing partners, POZEN has been able to self-fund its development because of initial upfront payments, milestone payments, and royalties from ongoing relationships. Although 2012 was a rough year for the company, POZEN did generate revenue of $68.55 million in 2010 and $86.95 million in 2011.

In addition to the licensed products, POZEN is also developing several drug candidates that are cost effective and aspirin therapies that reduce the potential of gastrointestinal damage. POZEN signed a licensing agreement with Sanofi Aventis for the commercialization of PA8140 and PA32540. While the agreement is currently only established for the U.S., discussions continue for global licensing rights. If a deal is struck, that could serve as a significant catalyst for the share price.

A third company that is generating substantial revenue is Curis. While less well known than NeoStem or POZEN, the company appears to be extremely promising. Curis is a drug development company that is focused on developing new, targeted small molecule drug candidates for cancer. This is an extremely hot area within the biotechnology industry, which has caused companies like Pharmacyclics (NASDAQ:PCYC) to soar to record highs.

Curis already has one program that successfully developed a product that has reached the marketplace. That program was Erivedge for the treatment of advanced basal cell carcinoma. It is approved in the U.S., Australia, the E.U., and other parts of the world. Curis was also able to reach a momentous partnership with Genentech, which is one of the primary reasons for the impressive revenue that Curis has shown over the past couple of years.

In 2011, Curis generated $14.76 million. For 2012, revenue increased by 15 percent on a year-over-year basis. Through the first three quarters of 2013, Curis generated $13.47 million, with the best quarter being the third quarter. If the fourth quarter is as strong as the third, Curis will once again demonstrate annual revenue growth.

In addition to the approved program that Curis already has in place, the company has many other candidates that investors should keep their eyes on:

The combined market potential for those indications could eventually turn Curis into a billion-dollar company.  While the company still has a long ways to go, the partnerships, the revenue, and the diversified pipeline are all positive signs that investors should consider.

These companies offer an investor explosive growth potential while providing the safety of existing income-generating avenues. This revenue generation separates NeoStem, POZEN, and Curis from the majority of the biotechs that are in clinical stages.