3 of the Scariest Things to Ever Happen in Restaurants 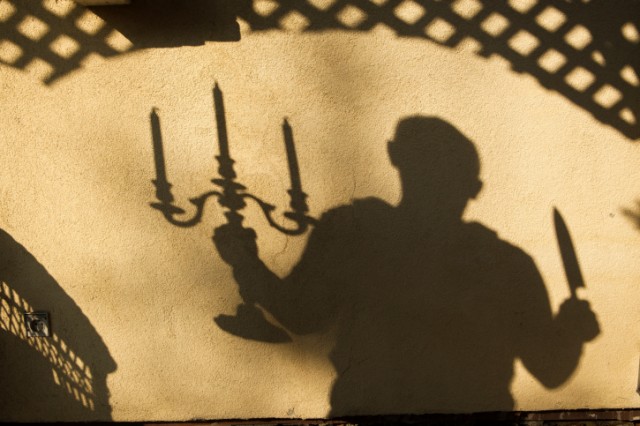 We as a society are pretty quick to decide on a place to eat. We may choose a restaurant based on Internet reviews, word-of-mouth recommendations, or because the food was good the last time we visited the establishment.

More often than not, we have little or no detailed information about the restaurant, its history, its staff, or what the kitchen looks like. We place a great deal of trust into restaurants, and we do so without an abundance of information.

When you sit down and place an order, think about what you’re really doing. You’re placing trust in that establishment to bring you food that’s clean and safe to eat. We assume the restaurant’s staff will exercise proper safety and sanitation standards. Oftentimes, they do.

There are those times that restaurants fail us, though. These are the times when food is served out of dirty kitchens, restaurant staff members cross contaminate by failing to wash their hands or change gloves between handling raw food and fresh food, or people simply lack the proper sanitation knowledge.

Many restaurant workers are also paid low wages. The median salary of a restaurant cook is $22,160 annually (or about $10.65 per hour), according to the Bureau of Labor Statistics. With wages at these levels, how motivated are workers to perform their duties to the best of their abilities 100% of the time?

We’ve created a list of some of the worst things that have ever happened at restaurants. These restaurant atrocities are so disturbing that you may think twice before going out to eat.

How many? Overall, 49 people got sick, including 26 children. The death of a 3-year-old girl resulted from the E. Coli bacteria.

Why? Customers at a Sizzler in Wisconsin never expected that a nice meal out would end in illness and even tragedy. Because of tri-tip beef contaminated with E. coli O157:H7, coupled with cross contamination by restaurant employees, customers who ate some of the restaurant items like watermelon contracted the bacteria.

Because the meat processing plant that processed the beef, Excel, allegedly had sanitation issues, including a high kill speed (of one animal every 12 seconds) and a high employee turnover, Excel was ruled 80% liable for the outbreak. E&B (the restaurant management company) was ruled 20% responsible, according to Food Safety News reports.

2. More bad beef at Jack in the Box

Where? In Washington state, Idaho, and Nevada.

How many? In all, 400 people became infected with the bacteria, including several deaths.

Why? The outbreak strain of E. coli O157:H7 was caused by hamburger patties sold at Jack in the Box restaurants and produced by Von Companies. The resulting class-action lawsuits led to payouts of more than $50 million, according to a release by Marler Clark Attorneys at Law.

Jack in the Box was initially criticized for the way it handled the situation at the time. According to a Department of Defense course case study on the Jack in the Box outbreak:

It wasn’t until January 21 that Jack in the Box took some responsibility for the crisis by announcing that the source of the problem was, in fact, contaminated meat. They explained they were reluctant to speculate before results from state tests came back which now indicated the problem was due to contaminated hamburger. Jack in the Box now pointed the finger at their meat supplier. … Waiting a week to talk with the media is what really hurt the company’s reputation.

The fast food restaurant did take corrective measures, such as increasing cooking times, retraining grill personnel, and changing food suppliers. There are still Jack in the Box restaurants up and running today.

What? Hepatitis A outbreak.

Where? In the Pittsburgh area.

How many? Four people died and 660 people contracted the disease.

Why? Perhaps the most infamous case of food-borne illness in recent history, the Chi-chi’s hepatitis outbreak had a lot to do with why the restaurant went bankrupt. It served its last meals on September 18, 2004. The contaminated food source? Green onions that were imported from Mexico.

Chi-Chi’s was unable to recover, and there are no restaurants open today. However, you may still find Chi-Chi’s salsa on grocery store shelves. Chi-Chi’s was a beloved restaurant for many years. It was even named America’s favorite Mexican restaurant for almost a decade prior to the outbreak. And today, Facebook pages called “Bring Back Chi-Chi’s” and “A Tribute to Chi-Chi’s Mexican Restaurant” pay homage to the infamous establishment.