3 Ponzi Schemes That Got the Best of America

America loves immigrant success stories. Mark Malik was one of them.

The 33-year-old Pakistani native had worked variously as a waiter, security guard, and a New York City traffic cop. But he was also a graduate of prestigious institutions, including Yale and Harvard. He was also the owner of a hedge fund that reported managing assets worth $100 million and had been lauded by a number of prestigious investment rating firms, such as Barclays and Bloomberg LP.

But, sometimes the immigrant success story gets ahead of itself.

Mark Malik did not have a hedge fund. He did not have any of the higher education degrees listed on his LinkedIn profile. The ranking firms had not verified his claims. He did not have $100 million in assets. Instead, Malik used a simple bank account to dole out payments to investors — initially, at least. Eventually the money stopped flowing.

After investors complained to the Securities and Exchange Commission (SEC) and an investigation was conducted, Malik was charged with defrauding them of more than $840,000. According to the SEC complaint, Malik had spent investor money on travel, restaurants, mementos from the Statue of Liberty gift shop, and on a membership to a Muslim dating site. From a story about him in the Wall Street Journal:

Investors who asked for their money back from Mr. Malik were rebuffed with email replies that ranged from affectionate (‘you know that I love you’), indignant (‘stop your nonsense’) and angry (‘go f— yourself’), to bizarre (‘I am going Deer hunting’).

While the fraud was significant, Malik is a small fish in the annals of financial crimes. As sophisticated financial instruments have gained popularity over the years, the number of frauds associated with them have also increased. And as Malik’s case illustrates, money breeds its own idiosyncrasies. 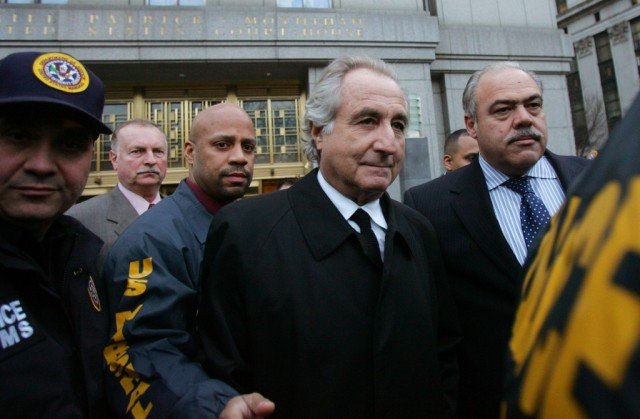 Perhaps the most well-known among all trading scams, the Bernie Madoff debacle, was also the most shocking. Madoff was a respected hedge fund trader, well known in New York City’s finance community and also in its philanthropic circles. At one point, his hedge fund Ascot Capital had as much as $65 billion under management. Large organizations, well-known celebrities, and charities were among the investors.

The growth in his hedge fund’s fortunes paralleled Madoff’s rise through New York’s financial community. He helped found NASDAQ and was a board member for the National Association of Securities and Dealers, and even an advisor to the SEC. Madoff’s ascent in society was directly related to his abilities to move markets and his consummate skill as a hedge fund trader.

Except, there was no hedge fund to speak of.

Ascot Capital existed only on paper. Much like Malik, Madoff did not employ sophisticated technologies or algorithms to source profitable market trades. Instead, Madoff employed a bank account to rotate credit and returns for investors. Thus, he used money from new investments to pay off his previous investors.

Madoff started the Ponzi scheme in 1986, and continued it successfully for 23 years. He escaped questions and doubts about his returns until 2009. On the back of a global economic recession, Madoff received redemption requests worth $7 billion, which he was unable to meet. He confided his problems to his sons, who reported him to the authorities.

Currently, Madoff is serving a symbolic 150-year sentence in jail.

After being the toast of New York’s elite society for more than a decade, his fall from grace has been catastrophic. Both his sons have died: one committed suicide and the other died due to a medical condition. His wife has stopped talking to him.

In his interviews, Madoff comes across as alternately deluded and penitent. He is currently undergoing psychiatric treatment at North Carolina’s Federal Correctional Center. He claims to be misunderstood. “I am not the kind of person I am being portrayed as,” he says. He blames himself for his son’s suicide. 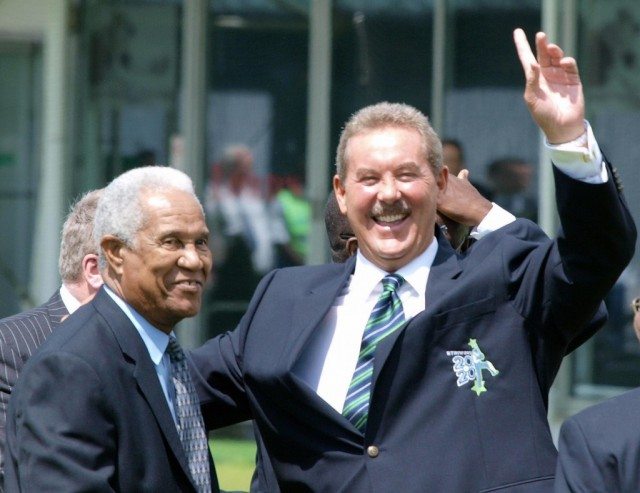 2. The King of Antigua and Barbuda

Developed economies, such as the United States, have diverse industries and institutions that together contribute to the country’s economic system. As such, these economies are not dependent on single individuals or companies for their welfare.

But this is not always the case in small and relatively less-developed economies, such as Antigua and Barbuda, a twin-island country in the Caribbean. And, so it was that Texas native Allen Stanford found himself employing more than 84,000 workers in the country through disparate companies such as a cricket stadium, a newspaper, and a sports club. At one point, the head of state of the country even said that Stanford had a lien on their country.

The source of Stanford’s wealth was certificates of deposit made for Barbuda-based banks that he sold to investors in the States. Because of the complex nature of his financial operations, Stanford managed to evade regulatory agencies until 2012. By then, his Ponzi scheme was worth nearly $7 billion, a pittance by Madoff standards, but enough to qualify as the second biggest Ponzi scheme of all time.

In 2012, he was convicted of 12 out of 13 felony charges related to financial fraud. There are 18,000 outstanding fraud claims against him. Much like Madoff, Stanford is serving a symbolic 110-year sentence. He is also deluded, but not penitent.

In fact, after being beaten by a fellow inmate last year, he filed a 299-page appeal against his sentence. In the appeal, he claimed that his trial in Houston was “bungled” and that the United States did not have jurisdiction over his “offshore business transactions” in Antigua. 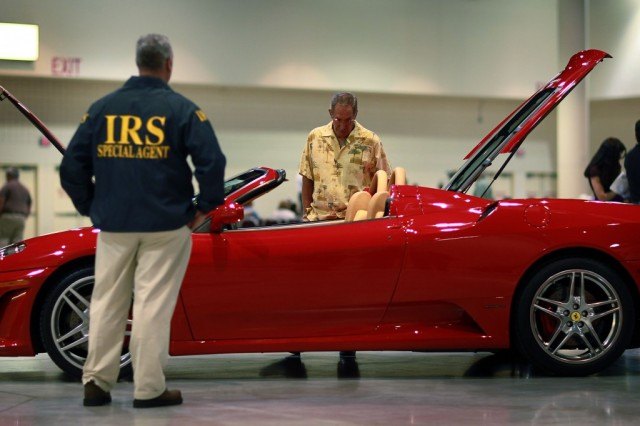 Scott Rothstein’s life has been one of extremes. From his blue collar roots in the Bronx, Rothstein, who was an “intellectually gifted” student, transformed his lifestyle to one that resembled that of a public celebrity or rock-and-roll star. According to a book written about his Ponzi scheme, he had a $1 million wedding at the Versace Mansion in Miami and possessed over 200 luxury timepieces. He also owned a pair of $1.6 million Bugatti sports cars, and spent between $50,000 and $60,000 per month on prostitutes.

Rothstein’s fortunes were the legal equivalent of financial derivatives. Instead of selling financial securities, however, Rothstein sold shares in sex-discrimination settlements, which were his specialty. To further propagate his scheme, he created false documents to show funding flows and court filings. His story has sordid elements as well. A lawyer (and former paramour) of his was murdered after the scheme was uncovered, and he also had close connections with the South Florida mafia.

Rothstein decamped to Morocco, the only country which does not have extradition treaties with both the United States and Israel (countries where he was a citizen) after authorities discovered his scheme.

From Morocco, Rothstein texted partners repenting for his actions and hoping that “God allows me to see you on the other side.” As it turned out, the other side was simply a continent away.

In 2010, Rothstein was sentenced to 50 years for running a $1.2 billion Ponzi scheme after his return to the United States. The reduced sentence was handed down in exchange for cooperating with authorities to nab wanted criminals, which included several professional hitmen and gang members in South Florida. As the photo above shows, his prized possessions were auctioned off following his conviction in order to pay back some of the money owed to investors.