3 Reasons This ‘Perfect’ Prison System Will Not Work in America 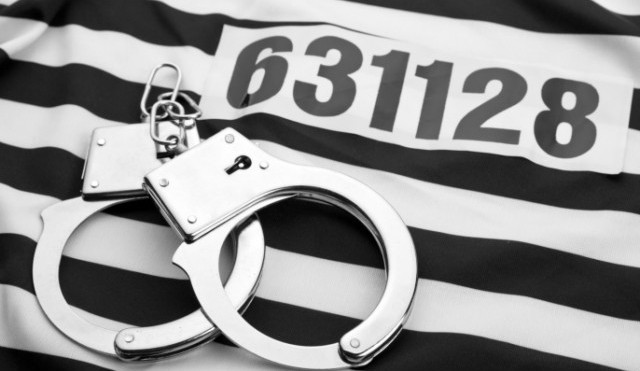 Vocational courses, sunbathing facilities, fresh produce at the local market, and swimming by the beach. This is not a description of a hotel or plush retirement community center. It is a prison system. Norway’s prison system, to be more precise.

The Scandinavian country’s incarceration facilities have been covered extensively by the media in recent years. Each minutia, from design to the philosophical approach behind its architecture, has been examined and analyzed.

At least from a philosophical and statistical standpoint, the prison system seems attractive. Consider this quote from a prison governor in a 2013 Guardian story: “You don’t change people by power. For the victim, the offender is in prison. That is justice.”

According to a recent New York Times report, Norway’s prison systems are designed to “ease psychological pressure, mitigate conflict, and interpersonal conflict.” That approach is carried over to mainstream society with a guarantee from the system that prisoners will be rehabilitated.

Statistical results seem to provide proof of this approach. According to the Guardian story, Bastoy, a prison island in Norway, has the lowest readmission rates (16%) for all prisons in Europe. The country’s recidivism rates (which are disputed by the Times reporter in her story, incidentally) are also lower than those for the United States.

The question, then, begs itself: Should America, which has the highest incarceration rate in the world, adopt a similar approach?

There are a number of reasons why recreating Norwegian prison systems in America is a bad idea. These reasons range from differences in socio-cultural and economic contexts to an incorrect reading of overall statistics. Here are three such reasons.

1. The difference between social welfare and capitalism

First, the two countries work on different economic paradigms. Much like other Scandinavian countries, Norway subscribes to the social welfare state model. In this model, the state levies high taxes from a mostly rich population and, in return, provides a number of social services, ranging from day care to paternity leave.

As a result of the broad public agreement between the country’s citizens about social welfare, the government has considerable leeway and freedom to pursue radical experimentation in providing social services.

In contrast, the American economic system is a melange of capitalism, libertarianism, and restricted social welfare. This system is best reflected in the constant tension between pure libertarianism and government intervention in America.

As such, any government action — and consequently, spending — to expand its social services contract with citizens will be subject to the vigorous push and pull of this debate. It will, in some cases, also need to overcome considerable resistance to be successful.

Thanks to a social welfare economy, Norway has a much lower rate of inequality as compared to the United States. This becomes important when you consider the role played by inequality in crime statistics. For example, a number of studies have proved that increased inequality is directly correlated to increased crime.

According to the New York Times story, Norway has a grand total of 3,800 prisoners, compared to 2.2 million in the United States. Dividing those numbers by the total population in each country yields similar percentages (approximately 7.5%) of population incarcerated. The difference lies in the amount of money available to the government to reform and rehabilitate its prisoners.

3. The immigrant problem in Norway’s statistics

The supposedly plush prison systems are only part of the story about Norway’s correctional procedures. A New Observer story last year reported that the country was attempting to lease additional prison space from Netherlands to house its deportees.

The same news story stated that the head of Norway’s Prison Immigration Service said an increase in the number of deportations had decreased the country’s crime rate. Her statement needs to be taken in context with recent changes in Norway’s demographics.

Norway is a fairly homogeneous society with a shared history and culture. In contrast, the United States is a cacophony of cultures and immigrants. There is constant friction between established groups and society’s reinvention by new batches of immigrants.

Compare that to the United States, where only 6% of the prison population is from abroad. Extrapolating past data, it may be reasonable to conclude that as the number of immigrants seeking asylum in Norway increases due to its welfare model, the number of foreign prisoners may also increase.

Whether the country can sustain current levels of spending on an increasing (and mostly foreign-born) prison population is the question.