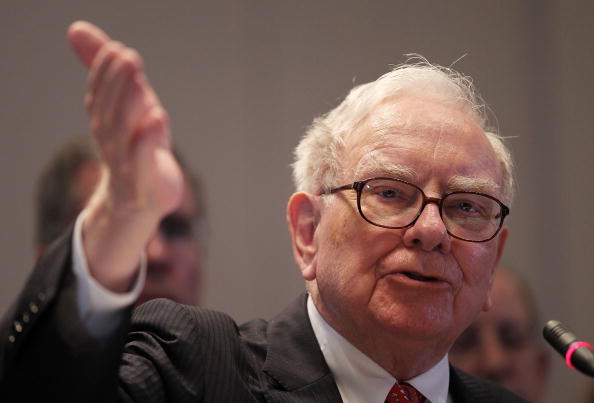 In 2009 Warren Buffett’s Berkshire Hathaway (NYSE:BRK.B) bought out on of the largest rail transport companies in the world—Burlington Northern Santa Fe. The buyout was the company’s acquisition to date. This in itself would indicate that Warren Buffett likes the rail transport business. However, I should note that in order to satisfy regulators he had to divest his positions in shares he owned of other rail transport companies including Burlington Northern’s regional competitor Union Pacific (NYSE:UNP) and Norfolk Southern (NYSE:NSC). We can see that not only did Buffett dish out billions to buy Burlington Northern but he had been accumulating shares of railroads for quite some time.

Since then the shares of each of the major rail transport companies have risen dramatically, which suggests that there is something to Warren Buffett’s insight.

Why, then, does Buffett like rail transport companies? There are three primary reasons.

This profitability is in large part due to the second reason, which is that rail transport companies have very little competition. There are literally seven companies in North America that control extensive track networks: Burlington Northern, Union Pacific, Norfolk Southern, CSX (NYSE:CSX), Canadian National (NYSE:CNI), Canadian Pacific (NYSE:CP), and Kansas City Southern (NYSE:KSU). Furthermore these companies don’t all compete for the same business. For instance in the eastern part of the United States there are only two companies—Norfolk Southern and CSX. There are, in fact, some regions in the western part of the United States and in the northwestern part of Canada that are controlled by just one company, meaning that if a business wishes to transport something by rail they are effectively dealing with a monopoly.

Finally, it is nearly impossible for a new competitor to enter the market. In order to develop an extensive rail network such as the one owned by Burlington Northern a company needs billions of dollars, and it would take years, and possibly decades in order to develop such a network. This is in part the reason that there is little competition in the space.

With these points in mind, investors should consider investing in rail transport companies. Berkshire Hathaway already owns Burlington Northern, and that’s too bad, given that it is one of the most efficient, and the most efficient by some metrics. If you want to own a piece of this company or just want Warren Buffett doing the heavy lifting for you consider taking a position in Berkshire Hathaway.

If you want to invest in a rail transport company in itself, there are six options left, although keep in mind that these stocks have performed extremely well. They are all outperforming the market this year except Kansas City Southern. The best strategy is to wait for one of the companies to report weak earnings and get in while the market is briefly negative. For instance investors had an excellent chance to buy CSX earlier this year after its fourth quarter earnings missed estimates and the stock fell from $29/share to $26/share. Now the stock trades at over $31/share and management recently reported strong second quarter earnings, and it also raised the stock’s dividend by about 7 percent.

So when you see these opportunities, just remember what Warren Buffett sees in these stocks and get in on weakness. Several years out you’ll be glad you did.