3 Reasons You Should Be Concerned About the Economy 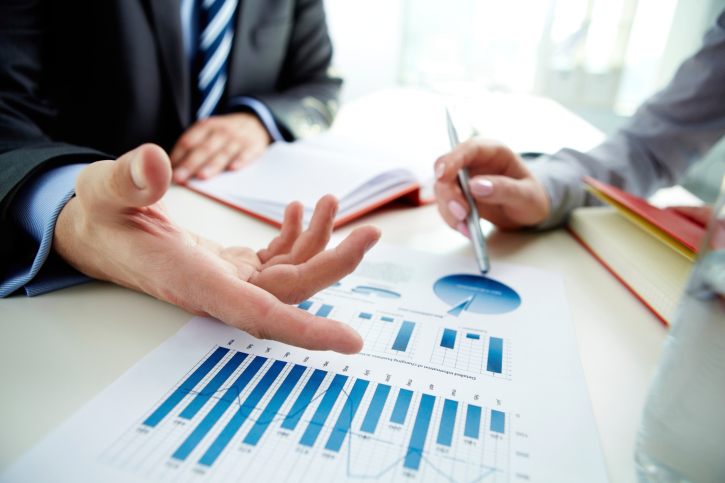 If you watch the news, read the paper — well, really, if you live on planet Earth — you’ve heard about economic conditions at some point. Like many other things in life, you hear more about a bad economy than you do a good economy. A recent LA Times article reported 75 percent of Americans think the economy is headed in “the wrong direction.” This pessimism results from conditioning, personal experiences, and hearsay. Your view of the economy has a lot to do with your surroundings. If your employer is handing out pink slips, for instance, you’d be a lot more inclined to notice economic conditions and its impact on your life.

With unemployment at 6.3 percent (according to an April BLS reports), it is sitting lower than it has in nearly six years. The job market is also improving, and prices on many essentials are lowering. These are a few indicators that the economy is heading in the right direction. Although there is less unemployment, and the Energy Information Administration projects price of gasoline will decrease 10 cents by 2015, these measures may not be enough to convince all Americans the economy is truly improving. Many will have to see for themselves.

Several researchers and analysts have a more bullish view of the economy. When they look back to times like the 1929 to 1933 crisis, when real per capita GDP fell by over 28 percent and unemployment hit 25 percent, this recent recession doesn’t look so bad after all.

Yes, the U.S. appears to have made it through this recent recession, as well as others in the past, but it’s always good idea to still prepare yourself for financial catastrophe caused by economic downturns. Here are a few ways economic conditions may affect your life and what you can do to stay one step ahead. 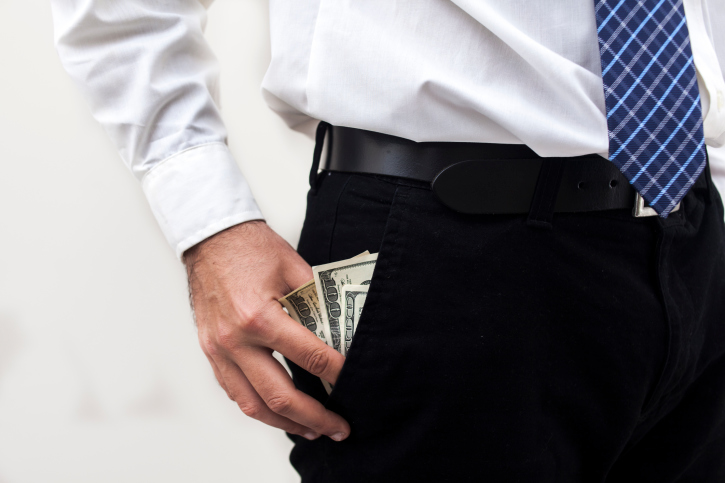 1. Money in Your Pocket

You may think because you didn’t see any drastic changes in your day-to-day life, the recent recession didn’t effect you at all. Well, the truth of the matter is during periods of economic recessions and peaks, your household is absolutely impacted — both directly and indirectly. For many Americans, this recession was the first one (of any significance) they’d experienced in their adult lives.

Economic conditions impact the housing market and therefore, the value of your home. If you need to borrow money from the bank to buy a home or a car, the interest rate (the cost of borrowing) you receive has a lot to do with the economy as well. Your investments, retirement portfolio, and savings accounts are all related to the health of the economy.

Don’t have any investments? Well, even when you go to the grocery store, economic conditions are a factor in determining your bill. Some demand-pull and cost-push inflation is normal and to be expected, but sometimes prices on items like food rise outside of the norm, and your wages don’t rise at the same rate. These increases may seem insignificant, but your overall bill goes up more than you may think. During 2008, the BLS reported the CPI on food and beverages at 5.8 percent. Food prices increased even more in certain locations. If you are a family that spends around $650 per month on groceries, to buy the same amount of groceries each month during 2008, you’d of have to increase your monthly grocery budget by about $40. The same applies for items like clothing and other necessities.

Economic conditions also impact the value of our dollar. When its value declines relative to other currencies, this impacts your household as well. For instance, goods from abroad are more expensive for businesses and some of that cost gets passed onto you, the consumer. If you plan on studying or working abroad, volatility in the currency market impacts you even more. 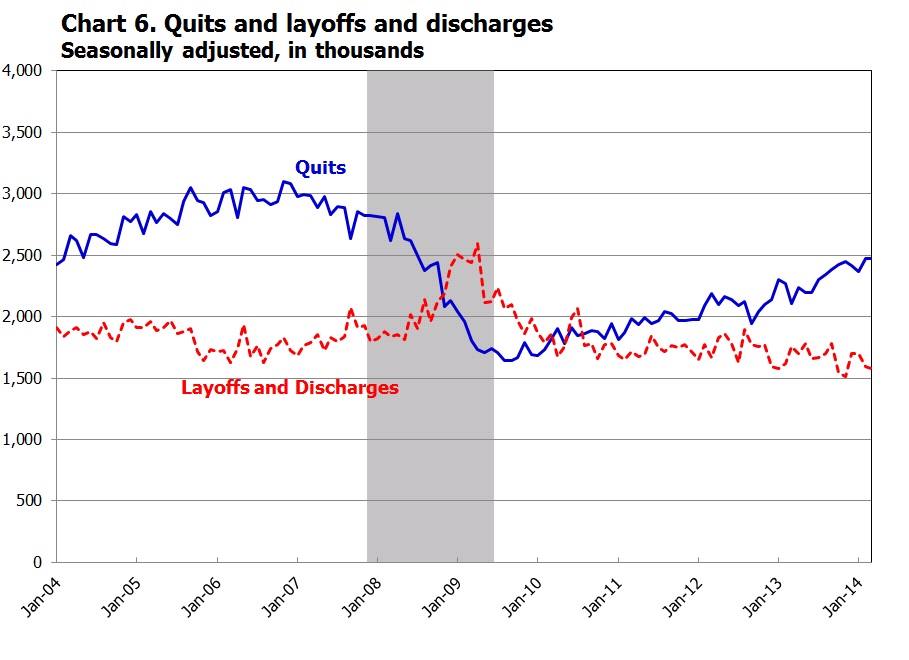 Unemployment doubled during the recent “Great Recession.” During a period of 26 months, it rose from 4.5 to 10.6 percent. Even if you maintained employment, you were likely still impacted by these stats. When unemployment is high, the supply of available workers increases. Your company receives more resumes and applications than it would in a healthy economy. If a position opens up, instead of promoting from within, your employer may decide to choose from the pool of available outside applicants.

Does your company offer profit sharing? The economy impacts your employers profitability and therefore may effect bonuses, profit sharing, and retirement plans.

In the worst case scenario, your company could actually conduct mass layoffs. Oshkosh Corporation (OSK:NYSE) has recently announced planned layoffs, where 760 workers will lose their jobs. With the wars in Iraq and Afghanistan coming to an end, the Fox Valley manufacturer no longer needs such a large workforce to meet military contract deadlines. A variety of industries are impacted by economic conditions, ranging from grocery stores to construction businesses. Other companies like the Dow Chemical Co., Checkpoint Systems, United Technologies, and even Google have announced layoffs during the recession or recovery. 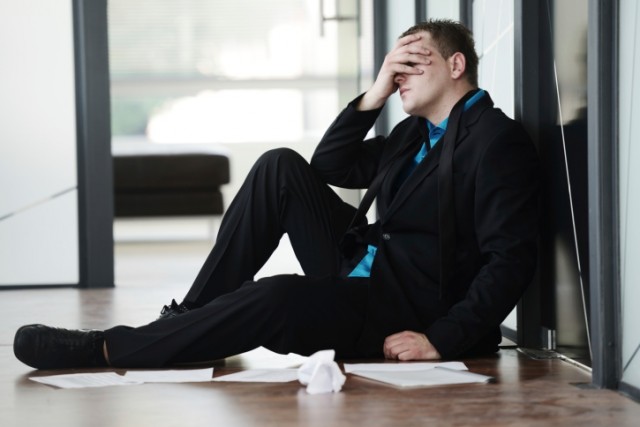 Emotional stress is associated with financial stress. During a recession, reports of layoffs and foreclosures flood the news and it becomes a bit more difficult for everyone to manage their finances. This leads to a feeling of insecurity and instability that for some, magnifies into unbearable stress.

During the recession, The New York Times reported on the topic of financial stress. Consumers, with no reported problems pre-recession, reported acquiring stress-related conditions like anxiety and insomnia. One consumer describes feeling so “sick to [her] stomach [she] lost 12 pounds” and she “was unable to function.” The consumer, age 52, sought help from a therapist and began taking psychiatric medication. Washington therapist Sarah Bullard Steck told the Times that, “The economy and fear of what’s going to happen is having a huge effect.” She reported “people coming in more” with “severe anxiety” or “more marital strife, some domestic violence, some substance abuse.”

The recession had an impact on everyone, some more than others. While today we are able to enjoy a bit more job security, better interest rates, and stable food prices, many Americans are still recovering from the economic conditions of yesterday. To hedge against recession, have a substantial emergency fund. Make sure you always have enough money completely cover at least six months of expenses. If you’re in the market for a new home, buy one you can afford. It’s better to go a little under your budget than over-budget. Foreclosures increased by 81 percent in 2008, when there were over 3 million foreclosure filings (according to Realty Trac.) If you exercise a little bit of caution now, you will be more prepared in the event of another economic downturn.