3 Reasons You’re Stressed Out at Work, and How to Handle It 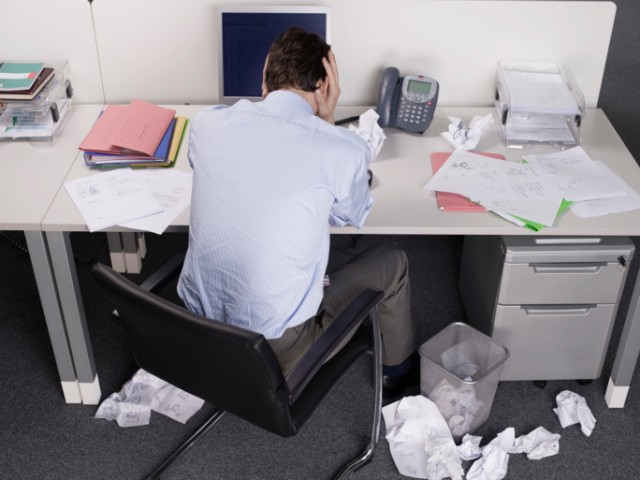 Sometimes, it’s like there’s this strange, uncomfortable feeling in the pit of your stomach that seldom goes away. Other times, it comes out in the form of headaches, stomach aches, or other physical symptoms. Workplace stress is taxing on those who experience it, as causes both physical and mental strain.

According to information published by the CDC, “problems at work are more strongly associated with health complaints than are any other life stressor-more so than even financial problems or family problems.”

Are you stressed at work? If so, you’re certainly not the only one, as stress affects the vast majority of the American workforce. Survey data from a Harris Interactive poll last year found that an astonishing 83 percent of Americans experience at least some form of stress on the job.

Why are we so stressed out?

To find out more about such stress and how to make work life a little easier, we asked John Stoker, author of the book Overcoming Fake Talk: How to Hold REAL Conversations That Create Respect, Build Relationships, and Get Results. Read on to see his advice. 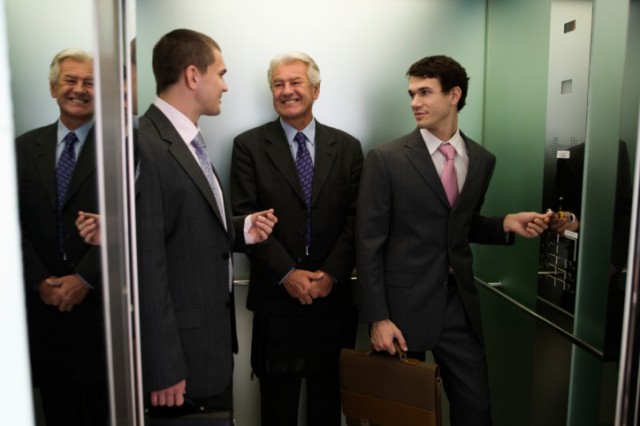 1. Communication problems with co-workers and management

Clear communication is absolutely essential in any workplace environment — horizontally and vertically. Stoker’s book addresses how many of us “fake talk,” instead of being direct and to the point. “You and I could just sit here and chit chat and that doesn’t necessarily mean that we’re engaging in fake talk,” says Stoker. Whether it’s in a personal relationship, at work with a co-worker, a boss, or a direct report, sometimes we’ll avoid or dance around the real issue. The end result is that we think the issue is handled and then nothing is resolved, he adds. Communication issues are major causes of workplace stress.

Say you are reliant on a co-worker to turn data into you by 3 p.m. each day. If you receive the data late, you’ll have to stay at work late, like you’ve had to do many times before as a result of your co-worker’s inefficiency. Each day, you walk up to her and say, “So, I’ll be ready for that data at 3,” thinking you’re lighting a fire under your co-worker. Although you may be reminding her, you’re neglecting to tell her the real problem. It’s generally more effective to be direct and detailed: “I really need you to have that data to me at 3 o’clock. I have been working late to finish my part, and I need to leave work on time.”

Not only can your own ineffective communication tactics stress you out, if co-workers and superiors communicate ineffectively at work, this can be a stressful as well. If I’m a new hire working in a new department and this is a first-time job for me, and I don’t have a leader that’s very clear about what he wants — what his expectations are — then I’m kind of hanging on a limb trying to figure out what to do, hoping I can get it right, explains Stoker.

Sometimes, a superior will ask for honest feedback, but then dislike it when honest feedback is provided, thereby providing you with a confusing message. “My boss asked me what I think, but then when I tell her, she turns around and justifies her position, negates what I have to say, doesn’t ask me any questions, tells me to just do what she wants me to do. So, I wonder if it’s really in my best interest to speak up again?” he adds.

What you can do:

Remain mindful of others — their situations, feelings, and potential stress levels. Everyone has a lot on their plate, including (and especially) your superiors.

“We all have feelings, and for every feeling we have, there’s always a thought that precedes it,” says Stoker. Sometimes our emotions become so activated, they obscure the thinking that drives it, he adds.

Finally, own your part. Maybe you didn’t clearly explain what you wanted or needed. Remember the old peanut butter and jelly communication activity? You know, where you instruct someone on how to make a PB&J, as if they have no prior knowledge of bread, condiments, utensils, or the sandwich-making process. The end result would often be an inside-out sandwich, or something that resembled a toddler’s kitchen creation.

Were you really as specific and clear as you thought you were? If not, you left another person with the task of interpreting (or guessing) the remainder of the instructions related to the task, says Stoker. “Maybe the other person just didn’t have the capability, but they were afraid to tell you for fear that they’d look bad,” he explains. 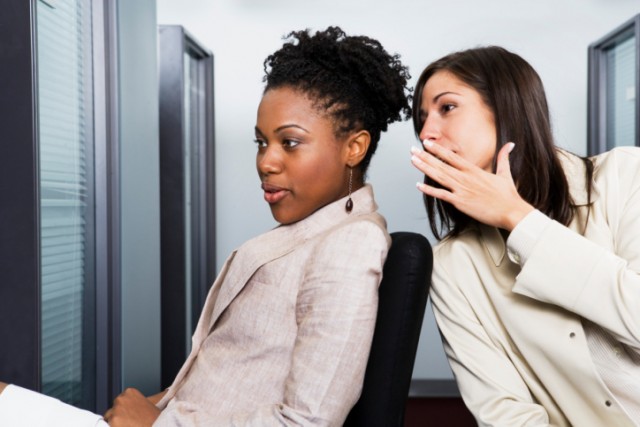 Organizational change is driven by a variety of different factors. Horizontal Change published a 2010 Economist Intelligence Unit Survey that asked businesses the following question: “What are the main forces driving change at your company?” Of the companies surveyed, 56 percent of consumer goods companies and 63 percent of energy companies said competition and cost were primary forces. This was the most popular response.

The second most popular response was customer demand, followed by regulation, followed by a desire to increase market share. Other drivers, like an upcoming (or current) merger or acquisition, meeting investor expectations, and even change for the sake of change, were the primary drivers for some companies. Creating a better environment for employees, however, was not listed as a primary driver for the companies surveyed, meaning it either wasn’t an option for them to choose from, or no one picked it. “I’ve found, in doing the organizational development work that I’ve been doing, that there are a lot of organizations going through huge change,” says Stoker. “One of the things that organizations don’t do very well is tell people what they’re changing, why they’re changing it, and what that change will mean to them.”

“One of the number one principles of communication is: in the absence of data, people make it up. In the worst possible way,” he explains. “So, if your organization’s going through change, and you’re not giving people answers…people are answering questions for themselves, and they’re doing it negatively,” he adds. This uncertainty, coupled with fear-driven negative assumptions create huge stress for workers.

When Stoker conducts seminars and meetings on how to deal with change, he instructs people to ask these six questions:

If there’s change going on around you and these questions have not been answered, going to your manager and saying, “Here are some questions that I need answered,” may reduce your stress level, he explains. 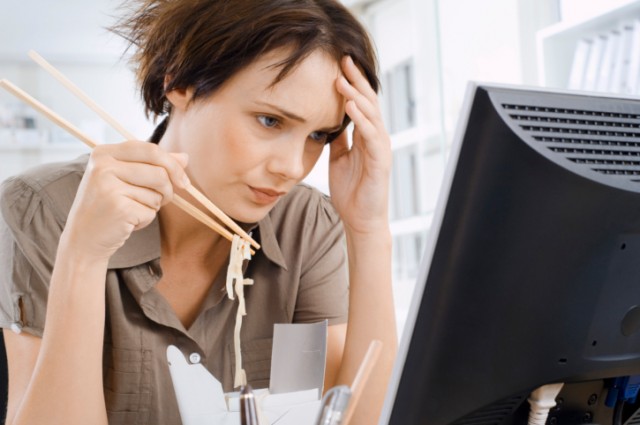 CNBC recently published the results of a Penn State University study which involved 122 working adults. These workers self-reported their stress levels throughout the day by using a swab test to measure their cortisol (a stress hormone) levels. The results showed that for most workers, cortisol levels were higher at home than at work. “Damaske, one of the report’s authors, thinks it implies the stress of trying to get everything done at home and at work tends to come out once people are home,” according to the CNBC report.

Work stress can easily become home stress and vice versa. Whether it’s job security concerns, financial worries, or even day-to-day work stress, it can come home with you, and it can keep you up at night. You only have a few hours to decompress, and, instead of winding down, you may spend that time worrying about what’s going to happen tomorrow at work, explains Stoker.

Although it’s easier said than done, find a way to leave work at work. Seek emotional support from those around you, but try not to be one of those people who constantly talks about work, as that is not only stressful for you, it can be stressful for those who care about you.

A number of experts say that hobbies can also be an effective way to relieve stress. Cards, arts and crafts, collecting, cooking, games, and other fun activities will help you keep your mind off of work. Yoga, meditation, and exercise are of course, beneficial for stress management as well. For some people, a small reduction in workload will do the trick. Maybe you can let go of a few overtime hours for a while?

At the end of the day, you can employ all of the techniques in the world, but the problem will more than likely see no improvement unless you change your own mind-set. Find a way to be positive. As Lou Holtz said, “Life is 10 percent what happens to you and 90 percent how you respond to it.”