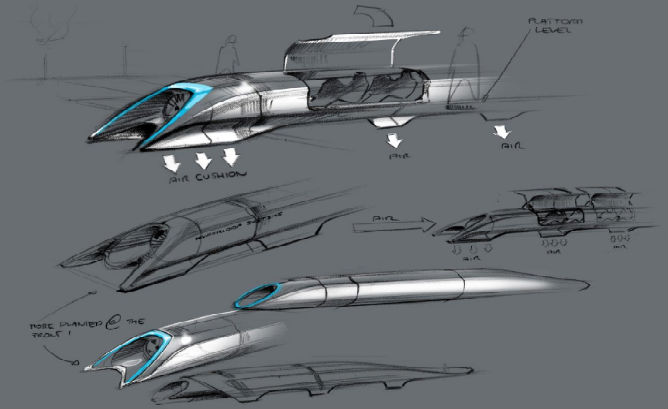 It may not be a flying car, but it’s close enough.

Elon Musk’s Hyperloop is a transportation network that zooms at the speed of sound. The Hyperloop’s design is also as futuristic as that of a flying car. Musk referred to it as a love child between the Concorde, a rail gun, and an air-hockey table. It consists of aluminum pods elevated in pylons and encased in pressurized tubes. Hyperloop’s passenger capsule version, which is used to transport passengers, holds 28 passengers and has a width of 4-foot-43 and a height of 6-foot-1.

A cargo capsule version, which would be used to carry cargo, of Hyperloop would be roughly 70 feet long, a size that is big enough to hold dirty container cargoes. Finally, the hyperloop accelerates from 0 to 750 mph in less than a minute. 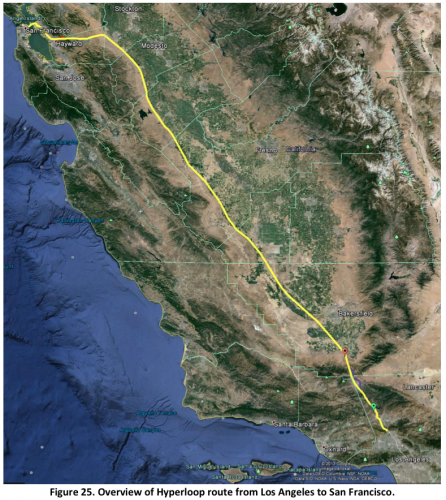 To be sure, airplanes have already broken the sound barrier. But they are restricted by a number of factors, such as traffic congestion and prohibitive manufacturing costs. Plus, they are also limited by general laws of physics.

For example, as Musk argued in a document introducing the Hyperloop, short distances, such as the one between San Francisco and Los Angeles, are not really conducive to flying at the speed of sound because this would mean that a plane would spend almost all its time slowly ascending and descending and very little time at cruising speed. This is because you cannot travel at cruising speed at ground level due to the high air density. Air density drops exponentially as one reaches the higher echelons of the atmosphere.

There is another place where the conditions for optimal speed can be reconstructed: underground. According to Musk, the pressure of air in the Hyperloop would be about one-sixth of the pressure of atmosphere on Mars. This will reduce air drag on the machine by about 1,000 times relative to sea level conditions and is the equivalent of flying at about 150,000 feet altitude.

But enough with the technical details.

Let’s see three ways in which Hyperloop is a revolutionary new transportation network. 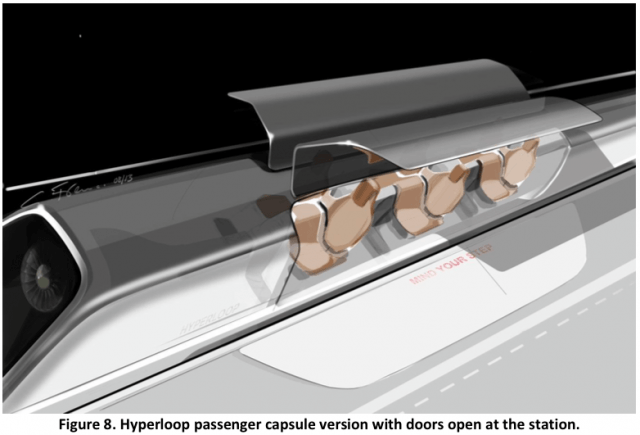 1. The Hyperloop creates a new mode of travel

The main argument in favor of the Hyperloop is that it reduces the time taken to cover large distances. One of the reasons the transportation network is able to do that is because it works in a completely new mode of transportation. According to Musk, Hyperloop works as a fifth transportation mode after planes, ships, trains, and cars (or, if you prefer land, water, air, and sea).

According to Musk, the Hyperloop route would closely mirror the I-5 route that connects San Francisco and Los Angeles with minor alterations. This means that it would cover roughly the same distance as a road trip between San Francisco and Los Angeles in drastically less time. If this experiment is successful and replicated between multiple cities, then it would revolutionize and legitimize this new mode of transportation. 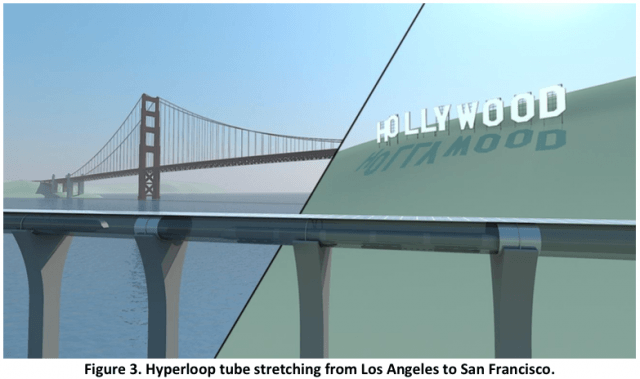 2. The Hyperloop is cheap

In a document outlining the Hyperloop concept, Elon Musk referred to its cost benefits. At an estimated cost between $6 billion and $10 billion, Hyperloop is much cheaper as compared to other modes of transportation. For example, the estimated program cost of the Boeing 787 Dreamliner was about $32 billion. This cost does not even take into account the amount required to maintain and service the aircraft.

Even for cheaper modes of transportation, costs have been spiraling upwards in recent times. For example, the average cost for maintaining a light-rail project has grown to $200 million per mile. Similarly, recent costs range from $251 million per mile for an extension of the BART San Jose extension to $1.2 billion for the Second Avenue Subway in New York.

There are a number of reasons why project costs are high across all modes of transportation. Labor costs, which are estimated to contribute approximately 70% of bus transportation network costs, are among them. Electricity costs also contribute a significant share of a public transit network’s costs.

The Hyperloop could minimize labor costs by restricting its run between important and high density business centers. In addition, because it is being built on elevated tracks, the transportation network could also be prefabricated and built in a modular fashion to minimize labor costs.

Of course, there are those skeptics who think it is not possible. But there are enthusiasts always ready to take on the challenge. 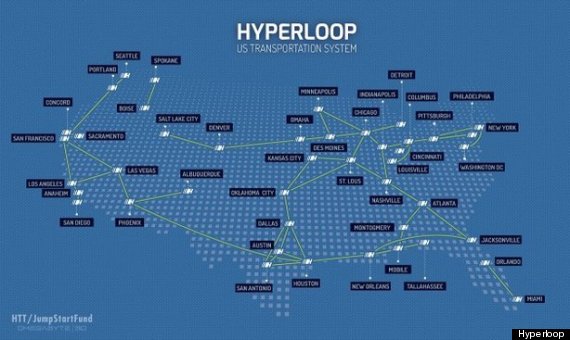 This map shows the future potential of a Hyperloop network. Efficient and cheap transportation between a cluster of cities located close to each other has resulted in innovation hotbeds and economic engines for growth. The San Francisco Bay Area, which includes a diverse array of cities such as San Francisco, Palo Alto, and Berkeley, resulted in development of Silicon Valley. The New York metropolitan cluster, which includes New York and New Jersey, has resulted in a financial services behemoth.

The Hyperloop promises to radically progress this concept. If it is successful, the first Hyperloop network could combine the industries and cultures of San Francisco and Los Angeles, home to the technology and entertainment industries. The confluence could result in a dizzying array of options for inhabitants of these two cities, including for transportation. A number of startups have already made the pitch to investors and are developing technologies to radically redefine cargo transportation between these two cities.