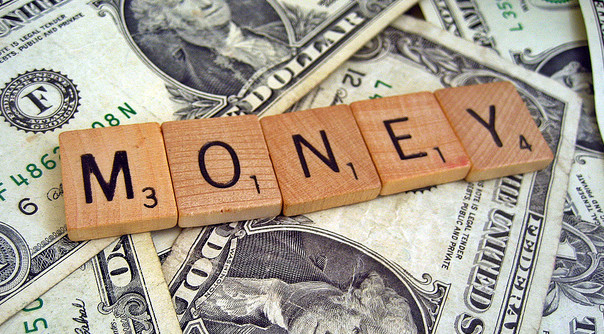 The financial atmosphere is thick with taper talk. Sooner rather than later, the U.S. Federal Reserve is expected to begin reducing asset purchases made under its third major round of quantitative easing (QE3) and this process, however gradual, is expected to impact markets around the world. The Fed could make a tapering announcement as early as this month, and already the prospect has affected the markets. Here’s how:

Perhaps the most obvious way that taper talk has spooked Mr. Market is the fact that the rate on the benchmark 10-Year Treasury note has increased by approximately 1.3 percentage points since May from about 1.6 percent to nearly 2.9 percent.

At a glance, the change may seem trivial, but before June, the 10-year yield had not broken above 2.5 percent since summer 2011. The federal funds rate has been trapped at the zero bound since 2008 and, combined with aggressive QE, the Fed has broadly succeeded in driving interest rates lower. Rates have come up significantly over a short period of time — a rate of increase that experts don’t necessarily expect to continue.

The rapid increase in interests has increased market volatility. Shifting expectations about the market itself and Fed policy has added more tension to an already dubious market. The sudden and dramatic increase in the benchmark 10-year rate is also evident in the rates on longer-term loans, such as mortgages.

As a result, mortgage applications have generally been on the decline. The Mortgage Bankers Association reported that loan applications for the week ended September 6 were down by 13.5 percent on a seasonally adjusted basis. This marks the 15th decline in 18 weeks.

The industry group’s refinance index plunged 20 percent, while the seasonally adjusted purchase index fell by 3 percent. Overall, the refinance share of mortgage activity accounted for 57 percent of total applications, down 4 percent from a week earlier and its lowest level since April 2010. In fact, the refinance index crashed 71 percent from its peak during the week of May 3 to hit its lowest level since June 2009. Tapering does not signal doom for the markets, but investors should take heed. The financial waters that they navigate could very well get choppier.

The currencies of many developing countries, such as India and Brazil, have dropped in value dramatically. Quantitative easing effectively reduced the cost of the U.S. dollar, and many investors used the opportunity to flock to emerging markets and seek higher yields than were available at home. Now that the flow rate of cash printing is expected to be reduced, many investors have withdrawn their money from emerging markets, resulting in currency depreciation. Developed and emerging countries butt heads over this issue at the recent G20 summit.

India and China have called for the United States to be mindful of the effect that tapering could have on the rest of the world. In the wake of declining currency values in emerging economies, most notably the recent tanking of the Indian Rupee, fears have risen over whether there could be a repeat of the Asian economic crisis of the late 1990s. Speaking ahead of the G20 Summit earlier in September, China’s vice finance minister, Zhu Guangyao, said in a press briefing reported by Reuters, ”United States — the main currency-issuing country — must consider the spill-over effect of its monetary policy, especially the opportunity and rhythm of its exit from the ultra-loose monetary policy.

Don’t Miss: Are Car Sales the Only Driver of Retail Sales Growth?