3 Ways to Pick the Best Stock in a Sector 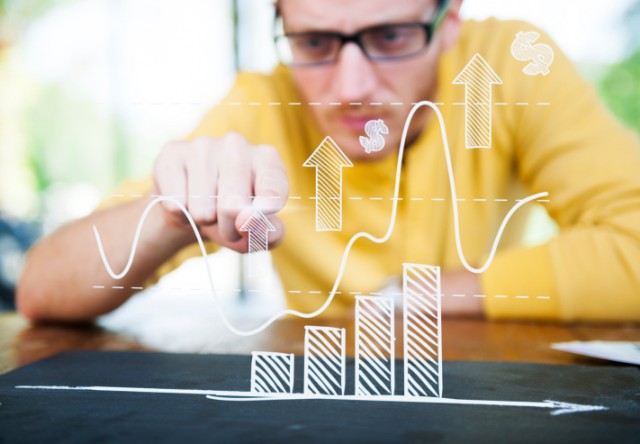 Picking winning stocks consists primarily of two kinds of decisions. The first is a “top-down” determination: Which sectors of the economy are going to perform the best? Recently I provided investors with three tips for picking winning sectors. You can read the article here. Specifically I came up with these three pieces of advice:

Once you have picked sectors of the economy that you think will be winners it is time to take a bottom-up approach — pick individual stocks. True, you could pick sector ETFs , but if you look at the specific points in my first article it becomes clear that what I mean by a “winning sector” isn’t always reflected in what we typically think of as a sector. For instance Mastercard (NYSE:MA) shares can be found in a financial sector ETF, or maybe even a technology sector ETF, but “financials” and “technology” as they are delineated for the purpose of index funds will not qualify as winning sectors as I define them above.

Picking winning stocks is not as clear cut as picking winning sectors. For this reason the tips I give are less rigid than those I give for sector selection — they are not necessary and sufficient conditions, but rather guidelines. In short, stock picking is more of an art than a science.

Bigger companies often have more access to financial resources. They can borrow money more easily. They can also better handle competition. If you aren’t convinced that bigger is better, then just consider that Starbucks (NASDAQ:SBUX) has expanded in the past by opening up new locations next to existing coffee shops, beating them on price — even if it meant operating at a loss—and running them out of business. Big companies can afford to do this because they can make up for any losses through other parts of their businesses. This isn’t a hard and fast rule, but if you are choosing between two stocks in the same sector with similar valuation metrics then unless you have a good reason to do otherwise, pick the bigger one.

This is closely related to “bigger is better,” but we all know the power of brands. National Beverage Corp (NASDAQ:FIZZ) may end up being a better investment than Coca Cola, but using our basic intuition we can guess that your typical consumer will be more likely to buy a Coke than a Shasta. We know this because we know the Coke brand extremely well. Nike (NYSE:NKE), McDonalds (NYSE:MCD), Disney (NYSE:DIS) and JP Morgan (NYSE:JPM) all have universally recognizable brands in competitive industries, and they are better positioned to succeed than their competitors because of this.

3. Look at the right financial metrics 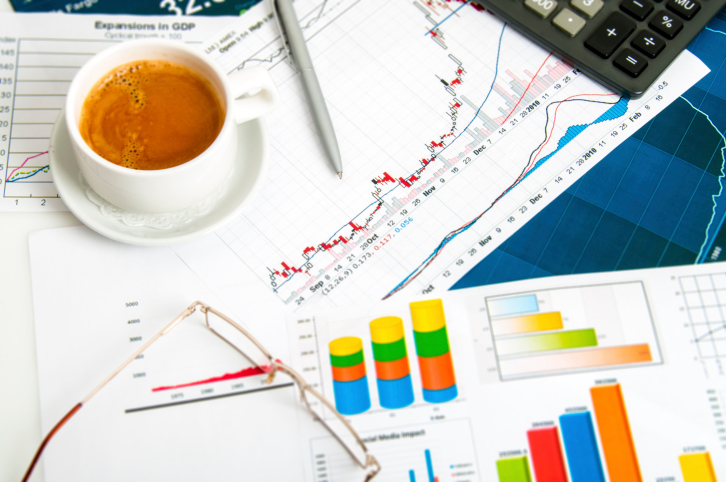 We’re often taught to look at P/E ratios and that a lower P/E ratio makes for a better investment. But this isn’t necessarily the case. In fact if two companies in the same sector have two different P/E ratios the one with the lower P/E ratio might be growing more slowly, or maybe it has weaker brand power. Thus one way to look at financial metrics more objectively is to look at those that reflect the company and not the market’s valuation of the company. So, for instance, look at return on assets — how quickly is a company growing its assets? Look at return on equity — how quickly is it growing the overall value of the company? Look at its return on investment ratio — how well does the company invest its money? Superior metrics in these categories reflect well on management, and you want to own the leaders in these categories.

Picking the right stock to put your money in is a skill, but if you’re interested in a slightly safer investment option, we have you covered as well. Earlier, we wrote about three “safe haven assets” that showed evidence that they will not stop making money any time soon. Here is a quick recap: 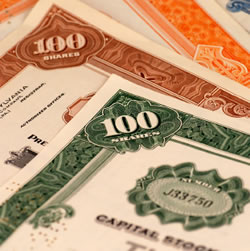 At the beginning of the year every investor hated U. S. Treasuries, which closed 2013 at a multi-year low. As a result this was one of the best contrarian trades to start the year, and so far it has worked extremely well. The iShares Barclays 20+ Year Treasury Bond ETF (NYSEARCA:TLT) is up a whopping 9 percemt for the year, and the uptrend appears to be continuing. This is counterintuitive. Everywhere we are reading that China is selling Treasury Bonds, and that Russia could sell out of its position as well. Also because of tapering the Federal Reserve is buying fewer Treasury bonds.

However there are sources of demand. For starters since nearly every analyst was bearish of Treasuries last year chances are several of them held short positions. These positions need to be covered at some point, and this creates demand for Treasuries. Also, while demand from the well-known foreign sources for Treasuries has fallen there is surprisingly demand from Belgium.

Now that Treasury bonds are rising again, this can draw in momentum traders and speculators, who will put further pressure on the short sellers to cover. Also, if tensions continue to develop between the U. S. and Russia, we could see additional demand from safe haven investors. 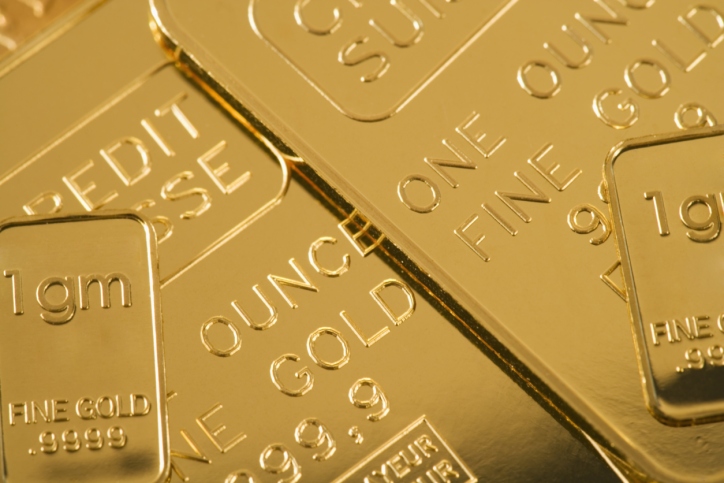 Gold has been one of the best performing assets this year, with the SPDR Gold Trust (NYSEARCA:GLD) rising 8 percent for the year. Like Treasury bonds, gold ended 2013 at a low point. It seemed as if every analyst was bearish of gold despite the fact that mining companies couldn’t make any money mining it and despite the fact that the Chinese and Indians were buying a lot of it.

The fact remains that gold is in a long term bull market. In 2011 gold needed to correct after having risen relentlessly every single year — including 2008 — since the beginning of the 21st century. Now it seems as if the correction is over, and the rebound is coming in a market environment where there are several reasons to own gold, such as a rising money supply, rising global demand from both individual investors and large institutional investors, and rising geopolitical tensions. In all likelihood, gold will continue to perform well in the foreseeable future as investors realize that the substantial rise in the U. S. money supply will ultimately lead to high inflation. 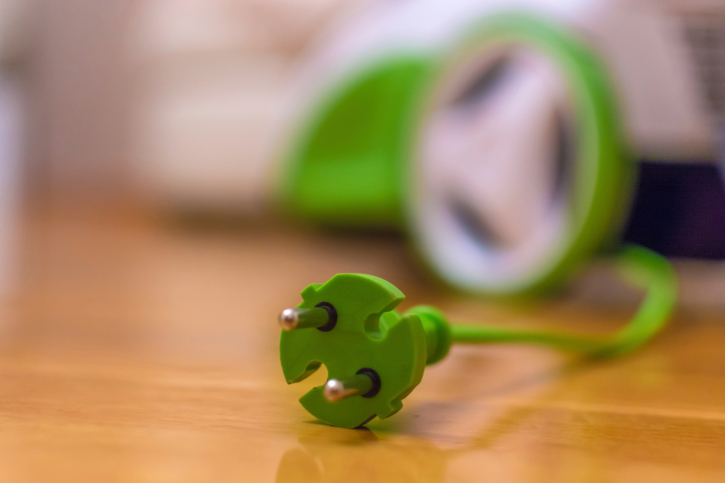 Utility stocks were left in the dust by more economically sensitive stocks in 2013, but they are coming back with a vengeance in 2014. So far the SPDR Utilities ETF (NYSEARCA:XLU) is up over 13 percent for the year, making it the best performing of the safe haven assets. Furthermore, it closed out Friday’s trade at a fifty-two-week high, and not a penny lower despite a sharp fall in the broader equities market. Utility companies aren’t the most glamorous investments, but they provide customers with a continuing necessary service. They also pay nice dividends — the XLU pays a 3.4 percent dividend versus the S&P 500 which pays less than 2 percent. This gives Utilities a bond-like quality, and they consequently outperform in troubling market environments.

While the XLU is in need of a pullback I suspect that the uptrend isn’t over. People want the profit potential offered by stocks and the safety provided by bonds, and utilities provide a little of both. As growth stocks turn lower investors will flock to utilities and other defensive stocks, and they should continue to outperform.

Disclosure: Ben Kramer-Miller has no position in the stocks or ETFs mentioned in this article.