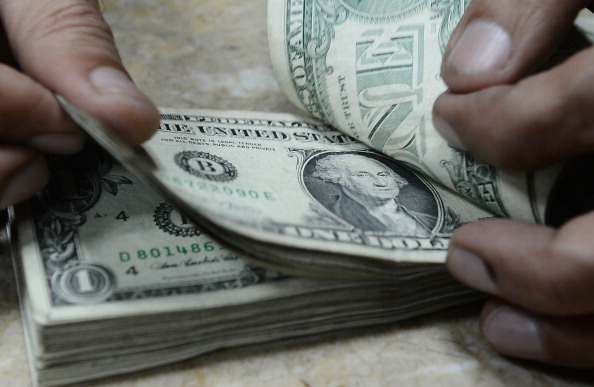 According to data published on Net Temps, a job search site, seven out of ten employees feel their pay is not linked to their performance. Most employees feel their work excels above the average worker, and that they are not adequately paid compared to other employees. Of course mathematically, it is impossible for every employee to perform above average, there must be a distribution, with types of employees ranging from the sub-par to exceptional.

Pay has a large impact on your performance and job satisfaction. The University of Rhode Island, in its evaluation of job satisfaction, discusses pay as part of a reward inducement system. You develop certain presumptions regarding pay and when you feel your compensation matches your value, you generally feel satisfied in that regard. Of course, several other factors — like feedback, interoffice communication, and the nature of daily operations — play into your job satisfaction and performance as well. But pay is a prime motivator.

Having wind of this, many employers ask about salary expectations prior to hiring for a position. In spite of the salary expectation question that comes at some point during most interviews, an AOL report indicates 50% of workers reported they were underpaid in 2013. Perhaps this is due to pay cuts, insufficient or infrequent salary increases, or a workers simply being under-informed about the job’s requirements or rewards.

Whatever the reason, with so many workers in seemingly in the same boat, how can you tell if your pay is not at the level it should be? Here are a few ways.

One way to determine how much you should be paid is by using information from websites, such as the Bureau of Labor Statistics, Payscale, Glassdoor, or Indeed to determine the average salary for workers in your position. Using the BLS, you can determine the average nationwide, state, and local salary for your position. You can also view salaries by certain industries and look at both hourly and salary data.

Like the BLS, Payscale provides nationwide and local salary information, as well. However in addition, you can find out how much people earn in your position at various experience levels, skill or education levels, and even see the pay averages for some of the major employers. You can check out the average overtime pay for your position and also, any bonuses, commission, or profit sharing people are receiving.

As an example, a cashier is the second most common job in America (according to a BLS report). Using Payscale, you can find out cashiers average between $7.27 and $10.68 per hour, with a median pay of $8.00 per hour. Experienced cashiers earn higher wages, at between $7.51 and $15.89 per hour and those who work in New York City, for instance, earn about $1 more than the U.S. average.

BLS data places a cashier’s average wages a bit higher at $9.82 per hour, and Glassdoor and Indeed estimate a cashier’s salary at $20,000 and $17,220, respectively. If you were a cashier, you could gain an idea of where you stand in comparison to everyone else based on this information. Are you being paid comparably to other U.S. workers in your position?

The salary your company pays new employees is sometimes a good indicator. To entice the top talent, many companies advertise a position’s salary within a job posting. Searching your company’s website and some of the common job search sites, like Monster and Indeed, may produce a posting for a position similar to yours.

If you find your company is advertising a starting salary in excess of your salary, this may or may not indicate you’re being paid inadequately. A few years can make a large difference within the job market and when you were hired, average pay levels for your industry and position may have been lower. Your company may have a demand for a specific skill set and be willing to pay more for an employee who fits the bill. In technology and engineering fields, this happens fairly often.

If you discover your pay is substantially less than that of a new employee, you can ask your employer what you can do to receive a pay increase. An Experience publication suggests refraining from using any arguments pertaining to fairness, and focusing on increasing your value to the company by participating in new projects and obtaining certifications, seeking additional education, or developing new skills.

Another way to tell if you are being paid what you’re worth is to compare your salary to that of your coworkers in the same or similar positions. It’s not a good idea to go around the office surveying your coworkers regarding their pay. However, if you’re already privy to the information (coworkers volunteered the information, etc.), you can use it to give you an idea.

If you happen to be aware of others’ pay, bear in mind this information is private, and it is something you should use to perform a personal analysis, not to include in a group discussion. Also keep in mind factors, such as education level and skill set, that vary from person to person and are contributing factors in determining pay. If your coworker in the cubicle next to you is earning twice your salary, this may be cause for alarm. However, slight differences can likely be attributed to normal, justifiable variations.