4 Money Lessons From ‘The Big Short’ 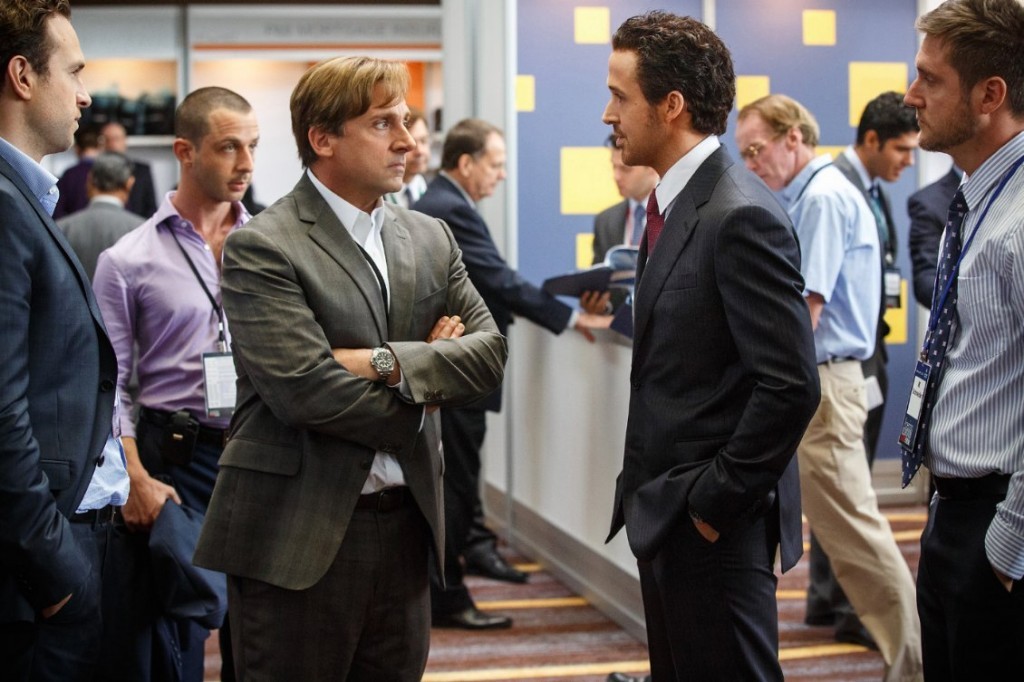 When Michael Lewis, author of The Blind Side and Moneyball, wrote The Big Short, he had no thought about it becoming a movie – he just wanted to tell the stories of the Wall Street outsiders who bet against the big banks before the housing market crumbled.

“One problem I distinctly did NOT worry about when I wrote The Big Short was how to write it so that it would become a movie. Who’d make a movie about credit-default swaps?” Lewis wrote in a column for Vanity Fair.

As it turned out, director and producer Adam McKay wanted to. McKay is well known for his comedic ventures with Step Brothers, Anchorman, and The Other Guys, so it was a bit of an odd fit for him to take on the serious topic of Wall Street and tackle the screenplay for The Big Short. However, Lewis – who admits to preferring to take his check and not get too involved with the business of producing movies – said McKay somehow found a way to make the housing marking interesting, while also keeping the integrity of the true story.

“It’s just a movie,” Lewis told the Los Angeles Times. “But I think it’s the first movie that’s really about Wall Street and that really gets it right. And when people understand how outrageous it is, it might trigger a conversation.”

And it has started a conversation, at least in terms of the awards season. Among other accolades the movie (released December 23) is nominated for five Oscar awards, including Best Picture and Best Director.

Regardless of how it performs the night of the red carpet, The Big Short has some lessons it aims to teach – without making you feel like a bumbling fool trying to navigate the confusing waters of finance. “He isn’t all that concerned that you think he’s smart, but he’s obviously very concerned that you leave his movie feeling smart,” Lewis wrote about McKay in the VF column. “That simple impulse has enabled him to make a movie so important that even the author can’t complain about it.”

We won’t spoil the movie for you, but here’s a few takeaways you should get if you head to theaters to see the film.

1. The basics of what went wrong

To simplify the housing crash and the start of the Great Recession that followed, banks allowed too many people to receive mortgages they couldn’t afford. Then, too many salespeople in those banks and investment firms sold bonds with a high rating they didn’t merit. Those bonds became the basis of securities on incredibly shaky ground. Over time, $10 million in bad mortgages could be the foundation for billions of dollars invested in securities. Cue the crumbling when those mortgages weren’t paid back – and the backdrop of this movie.

Each of these segments is tied to finance jargon that the average person will glaze over upon hearing. But in a twist of breaking what’s called the “fourth wall,” where actors speak directly to the camera, McKay is able to explain these terms with beauties like Margot Robbie and Selena Gomez. (Think you’ve never wanted to learn what “subprime” means? You’ll want to when Margot Robbie is sitting in a bubble bath, staring right at you, telling you about it in the trailer above.)

2. You can spot soft markets in advance

You might not strike it rich playing the investment game, especially since short selling stocks often comes with a high amount of risk. However, the entire point of the movie – and that of the book, in some respects – is about how outsiders who pick up on economic trends can sometimes bet it all and come up big.

In the movie, the short sellers (played by Brad Pitt, Ryan Gosling, Steve Carell, and Christian Bale, among others) visit housing developments completely void of buyers and talk with real estate agents to back up their initial hypothesis that the market was going to implode. The implications of spotting that trend early is worth the price of admission to the movie, writes author and investor Michael Shulman.

“If not a housing development, go to a mall. Check out hotel and airline prices on Expedia or some other web site. Ask the nurse practitioner at the dermatologist “How’s business?” You’ll be shocked by how quickly you learn what Wall Street is missing,” Shulman writes. Some of those industries are booming, while others are fading, quickly. If you’re the type to manage your own investments and have some funds you’re comfortable risking, you could spot the next short on the horizon.

3. Losing money on paper isn’t the same as losing money

During the Great Recession, an estimated 8.7 million people lost their jobs, the stock market tanked, and Americans lost a total of about $1 trillion. While crippling in its time, and undoubtedly devastating for people on the receiving end of those pink slips, most economists agree we’re well beyond the recovery, especially since most economic indicators have fully recovered.

“It’s not like losing money on paper is fun, but in the worst financial crisis in nearly a century, owning a home was still the best way to keep safe. If you lost some of the value of your home, but waited the recession out, you’re probably back to where you were before 2008, if not ahead. That’s as safe as it gets,” the credit union states.

During the entire housing debacle and subsequent recession, America loved to hate its big banks. We still do, in fact, largely because most people weren’t penalized for ruining our economy in their quest to make a quick buck.

Though some may have turned a blind eye to the looming issue, a deeper explanation is that most of Wall Street was incentivized to see the glass as half full. Before the bubble, mortgage brokers earned about $2,000 for a fixed rate mortgage deal, but earned $10,000 for a sub-prime variable rate loan. In other words, they were monetarily encouraged to take the risk and buy up bad mortgages. “If people are paid to not see the risks, then they will not see them,” Modest Money summarized.