4 of the World’s Biggest and Most Successful Scams

We’ve covered America’s most notorious con men, discussed massive pyramid schemes, and even a few Ponzi schemes — but there’s a whole slew of smaller scams that you’re more vulnerable to. In fact, you’re more likely to fall victim to these smaller shakedowns than to any of the bigger ones, despite the prevalence of multi-level marketing pitches clogging up your news feed.

These scams exist for a reason: they work. At least some of the time. While it’s hard to believe that anyone is actually sending money to those faux Nigerian princes, evidently people are. Otherwise, the scammers would try something else. Clearly, many of these low-level deceits are successful.

What does “success” mean, in this circumstance? Well, we can measure it in terms of monetary damage, but that’s not the only type of damage inflicted by these schemes. There is a certain level of psychological damage done as well, an uneasiness that comes about after being victimized — or even seeing it happen to other people. You become more wary, less trusting, and overall, a bit more curmudgeonly (think about how some people react to homeless people, or panhandlers). This is especially true when it comes to money. And nobody can really hold that against anyone else; after all, we’re all just trying to protect what’s ours.

With that said, we’ve all become keenly aware of many scams, as they have been ingrained into our culture. Plus, we know what to look for. In the next few pages, we’ve listed four of the most famous and successful schemes devised to separate us from our money or belongings. Read on to see them.

While these seem to be less common today, phone scams have been very successful over the years. You occasionally still hear about them on the news — typically preying on the elderly. And they take many different forms: some involve tricking unsuspecting people into calling 900-numbers, others prey upon people’s gullibility or curiosity, and trick them into parlaying over personal information, or even bank account or credit card information. Again, this all seems like pretty tame stuff, but for a few decades, these kinds of scams were rampant.

A popular way scammers still use the phone to get people to fork over money is by posing as utility workers, or something similar. Basically, they will call you up, say you owe money on a bill, and threaten to shut off power or water service unless you pay right now. It sounds ridiculous, but a lot of people fall for it.

Ponzi schemes may seem like a modern invention, but they go back nearly a century by now — to when Charles Ponzi devised the very first one. A lot of Americans are wary of them these days as well, as names like Bernie Madoff have made the news for pillaging tens of billions from investors. Ponzi schemes basically work by taking in investments, promising big returns, and then keeping the money. Investors do see some return, as new money comes in from new investors and gets shuffled around.

The scams have also become connected with pyramid schemes and multi-level marketing companies, which insist that you recruit “employees” under you who owe you dues. Many big businesses take this form as well, including Amway and Herbalife, but people still get involved with them in large numbers. 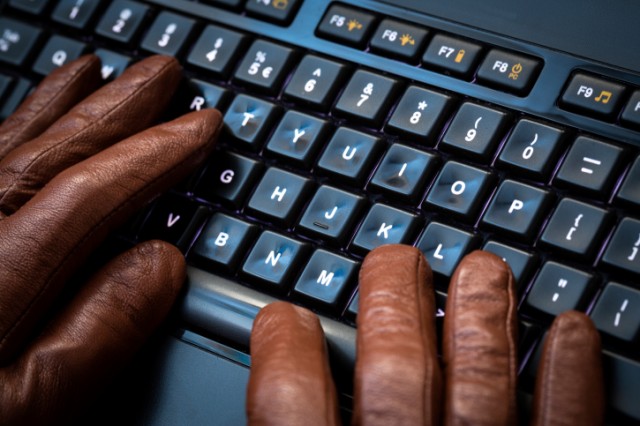 You probably see these so often that you don’t even think about it anymore. The most famous, perhaps, is the ‘Nigerian prince‘ scam that we mentioned previously. You may find yourself on the receiving end of an email from someone who apparently needs your bank account to store some funds — and they’re willing to give you a cut. Obviously, it’s nonsense. But people fall for it. And that’s why you keep seeing those emails come in.

There are a ton of other ways that email fraudsters can get your information, or exploit your email security. Phishing scams are quite common, and you can unwittingly download and install viruses or malware through emails as well.

There’s a reason people get sketched out by sites like Craigslist and Ebay — they’re rife with scam artists and con men. Have you ever won an item in an Ebay auction, then instructed by the seller to send a money order to Romania? That’s the kind of thing you need to look out for.

Like email and phone scams, fraudulent online transactions that are facilitated through sites like Ebay or Amazon can take many different forms. Even if you’re just agreeing to meet someone over Craigslist to engage in a transaction, things can go wrong. But making a purchase over the Internet, without seeing the actual item, can come back to bite you in the ass. Some people are willing to take the risk — and that’s why this kind of activity will continue to perpetuate.