4 Points to Consider Before You Buy Disney 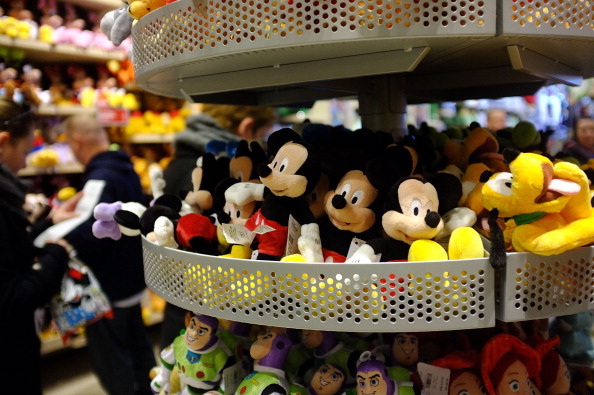 The Walt Disney Company (NYSE:DIS) posted a spectacular headline earnings number after the market closed on Tuesday. The company increased its earnings by 27 percent, and its earnings per share by 30 percent — thanks to share repurchases.

Furthermore, all of the company’s segments produced strong double digit sales growth with the exception of its theme park business, which increased revenues by 8 percent, and its media business, which increased revenues by 4 percent. Investors, having already baked in strong earnings numbers, bid up the shares by about 1 percent during after-hours trading.

This is all very good news, and considering that the stock trades at about 20 times earnings, it seems like a good buy considering the strong earnings growth we are seeing. However, before jumping into Disney shares, investors should consider the following points.

First, the stock trades within a couple percentage points of its all time high of $83.65/share. Generally speaking, it is not a good idea to buy a stock when it is trading near an all time high. It is better to wait for a pullback. Depending on a given stock’s volatility and the size of the company, it is prudent to wait for at least an 8 percent pullback, and as much as a 25 percent pullback. Considering that Disney is a $150 billion company, 8 percent seems more appropriate, and given the weakness we are seeing in the broader stock market, I wouldn’t be surprised if we see the stock pull back to the low to mid $70s.

Second, the company’s growth is heavily skewed towards its smaller businesses. The two businesses that saw only single digit revenue growth make up 80 percent of the company’s total revenues and three-fourths of the company’s operating income. Net income grew so much because one segment in particular — Studio Entertainment — saw income growth around 300 percent! Furthermore, the company’s smallest business segment — interactive — went from a $54 million loss to a $14 million gain.

Of course, there’s no problem with earnings growth in general, but the way in which Disney achieved 27 percent earnings growth is probably not repeatable. The fact that nearly half of the company’s growth in operating earnings came from the Studio Entertainment business, coupled with the fact that the latter probably cannot replicate the incredible growth from last quarter, means that to get a better idea of the company’s earnings growth going forward, we need to look at the biggest contributors to income. This is by far Media Networks, which saw operating income grow at a slower, albeit still respectable rate of 15 percent year-over-year.

Third, analysts are more or less unanimous in their bullishness of Disney shares. According to MarketWatch, more than 2/3 of analysts have a ”buy” rating on Disney shares, while none of the analysts polled have “sell” ratings. It can be dangerous to align your market bets with the rest of the crown because once everybody is bullish, there is nobody left to become bullish or to buy the stock.

Fourth, while Disney’s revenues have held up, we are seeing weakness in the sales and profit figures of consumer service companies such as retailers, restaurants, and consumer product producers. Given the quality of Disney’s business, it has been able to buck the trend. However, Disney’s products are all discretionary, and if consumers continue to struggle they will cut Disney’s products out of their lives.

Ultimately, I don’t think anybody can deny that Disney has an excellent business. It is probably the best media company from an investment standpoint, and its brand power is beyond reproach. But there is a lot of positive sentiment baked into the stock, and as we saw the company’s profit growth is probably not sustainable. If I am right in that assessment, it will be interesting to see how the stock trades once earnings growth decelerates. I suspect that it will create a good long-term buying opportunity.

Disclosure: Ben Kramer-Miller has no position in Disney shares.