4 Ways Government Policies are Placing Your Retirement at Risk 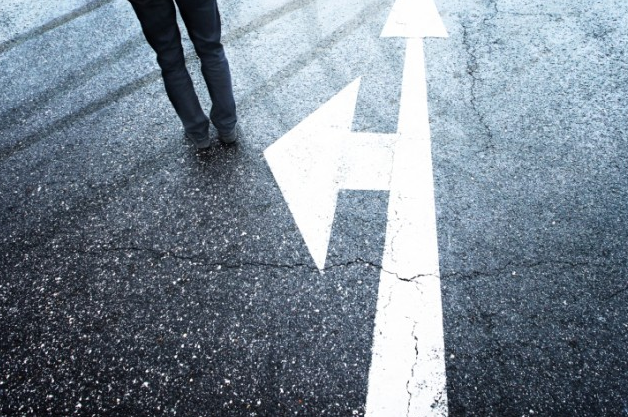 Retirement can be a worrisome subject for many Americans. Year after year it seems, the statistics surrounding retirement in America grow ever bleaker, and experts continue to roll out articles which contribute to that rather disheartening outlook. Just last year, an Employee Benefit Research Institute survey found that 60% of Americans have not calculated how much money they will need for retirement, and less than 10% of Americans who do not have access to an employer-sponsored plan contribute to a retirement account of their own, according to the White House.

And while it’s true that Americans ought to be on their toes when it comes to retirement, with the right amount of flexibility, financial planners have found that most risks can be managed. Some risks, however, are easier to prepare for than others, and while changes to public policy might give soon-to-be retirees a bit more of a heads-up than other, more unexpected risks like “black swan” market events and other timing risks, they can still create headaches.

The Principal Financial Group notes that there are a number of public policy risks to your retirement that are completely out of your control, but still need to be strategized and accounted for. “Increases in taxes, new types of taxes, evolving healthcare reform or changes in programs like Social Security, Medicare and Medicaid can have a significant impact on your income in retirement,” the financial services company notes.

Traditionally, Americans have been told to take what’s called a “three-legged stool” approach to saving for retirement, but in recent years that model has become significantly less reliable than it once was. The three-legged stool that most are familiar with, advised working Americans to plan and save for retirement using a combination of Social Security, employer pension plans, and personal savings and investments, but many experts consider the model outdated, especially considered that the majority of working Americans no longer have access to an employer pension plan, the way older generations did.

There have been a number of recent public policy changes which could affect older workers, particularly in the aftermath of Obama’s proposed 2016 budget; here are what we believe to be the four biggest risks to retirement.

4. A new “cap” on wealth inside traditional IRAs

Obama’s 2016 budget, for the most part, expands access to retirement accounts for many working-class Americans, such as those with part-time jobs, and those with no employer-sponsored retirement plans available to them, but it also imposes some limits for wealthier Americans. The new budget proposes to cap tax-deferred savings in 401(k) and Individual Retirement Accounts (IRAs) at about $3.34 million.

The Administration’s rationale behind the cap is that $3.34 million worth of savings generates more than $200,000 in income annually when annuitized, meaning that the people affected by the proposal are among the wealthiest people in the country. The Obama Administration argues that the vast majority of Americans would never feel the burden of such a cap, since, as of 2011 only 1 in every 1,000 Americans had more than $3 million in their retirement accounts, per an Employee Benefit Institute study.

The Administration defends the cap by saying, “while tax-preferred retirement plans are intended to help middle class workers prepare for retirement, loopholes in the tax system have let some wealthy individuals convert these accounts into tax shelters.”

It is, however, important to note that for wealthy Americans, this could have a big impact, and wealthy Americans approaching retirement age may need to make some adjustments to their retirement plans if they wish to maintain their current standard of living post-retirement.

One issue with the new cap, according to the Employee Benefit Network, is that annuity prices vary, and are indirectly tied to interest rates. BenefitsPro explains: “when bond yields are low, as they are now, annuities are more expensive. Right now a 10-year Treasury bond yield is just 2%. If it jumps to 5% (the rate in 2006), that $205,000 annual annuity would only cost $2.2 million. In other words, the cap would drop, subjecting any higher amounts to more taxation while leaving the saver with less.”

For most of us, however, the proposed limit shouldn’t be an issue, and for many, some 1 million Americans in fact, according to the White House, the proposed expansion of both employer-sponsored plans and IRAs should help get those of us without millions in the bank to get on the right track.

Americans planning for retirement are often advised to utilize Roth IRAs, and for good reason. As RothIRA.com says, “Roth IRAs are tax-free when you follow the rules.” Additionally, one of the major benefits to a Roth IRA is the fact that there a no mandatory withdrawals, unlike a traditional IRA, which requires you to withdraw a minimum amount by the age of 70 1/2. “This is particularly useful for estate planning purposes,” notes RothIRA.com, because “it allows the account balance to continue to grow.”

Wealthy Americans like the idea of a tax-free retirement savings account as much as anyone else, but Roth IRAs are unavailable to the rich because there are income limits governing who can utilize them. In 2015, for instance, according to Forbes, “the income phase-out range for taxpayers making contributions to a Roth IRA is $183,000 to $193,000 for married couples filing jointly, up from $181,000 to $191,000 in 2014.”

A backdoor Roth IRA is a way of taking advantage of the tax-free savings benefits of the account, even if you earn too much to be able to contribute to one under normal circumstances. The process is pretty simple; if you open a Traditional IRA (which is taxed), you can convert it to a Roth IRA and avoid taxes on your savings, all because Congress lifted any income restrictions on conversions back in 2010.

“A lot of people do it, anyone with income too high to do a direct Roth IRA contribution,” says IRA expert and CPA Ed Slott, in an interview with Forbes. “If you could move money from one pocket to another and now it grows tax-free who wouldn’t do it?”

But the Obama Administration has good reason to want the loophole closed. According to Forbes, killing the backdoor Roth IRA could bring in as much as $385 million in revenue for the government, though it’s still unsure whether or not the proposal will pass the current, largely Republican Congress.

2. Potential changes to Medicare and Medicaid

Health care costs are without a doubt the largest expense retirees need to be mindful of; according to Principal Financial Group. For example, a couple who retired at 65 in 2012 can expect to pay $227,000 in health care costs during retirement, and Prudential notes that nursing home costs are some of the largest possible retirement expenses, with the average annual cost of a private room coming in a $75,000 and a shared room coming in at $67,000.

Women, in particular, should save more for potential health care costs as statistically women both live longer and require more healthcare services in retirement, AARP notes. In 2007, the report found that women spent a median of $3,319 out-of-pocket on medical expenses, compared to just $2,948 for men, even though women are more likely to have supplemental insurance, such as Medicare or Medigap than men. For this reason, women could be profoundly affected by changes to government healthcare programs.

The Society of Actuaries cites, “increases in retiree contributions for Medicare,” “tighter income standards for Medicaid and other means-tested programs,” among the possible future changes likely to affect retirees, and notes that “higher payments by high-income retirees are already scheduled” to go into effect. The Society of Actuaries report also notes that “reductions in Medicaid programs and in support for long-term care can reduce the supply of quality providers and facilities in total, affecting both individuals and the broader population.”

In this regard, however, the 2016 budget proposal might provide some relief. The Budget allots $1.06 trillion dollars to the Department of Health and Human Services, and, for the first time, proposes to give the HHS secretary the authority to negotiate drug prices for biologics and high-cost drugs.

1. A decrease in Social Security benefits and other changes

Social Security has long been the boogeyman when it comes to retirement worries, and changes to Social Security are still possible. In fact, most financial planners agree that if you’re far from retirement (say in your early to mid 30s) you should expect that benefits will be significantly less by the time you expect to retire, and that you should plan accordingly.

“It has generally been acknowledged that while funds presently exist to pay current levels of Social Security benefits, there is a long-term solvency problem,” a Prudential report notes.”An eventual solution is likely to involve tax increases, eligibility changes, benefit cuts, or some combination of these measures.”

Social security currently accounts for about 38% of an elderly person’s retirement income. The government is currently seeking to “eliminate aggressive Social Security claiming strategies, which allow upper-income beneficiaries to manipulate the timing of collection of Social Security benefits in order to maximize delayed retirement credits.”

The good news is that, as a Society of Actuaries report says, “historically Congress has been very reluctant to reduce benefits promised to current retirees. Older workers may also escape benefit reductions,” but the report notes that “younger workers future government benefits are less safe from reduction.”