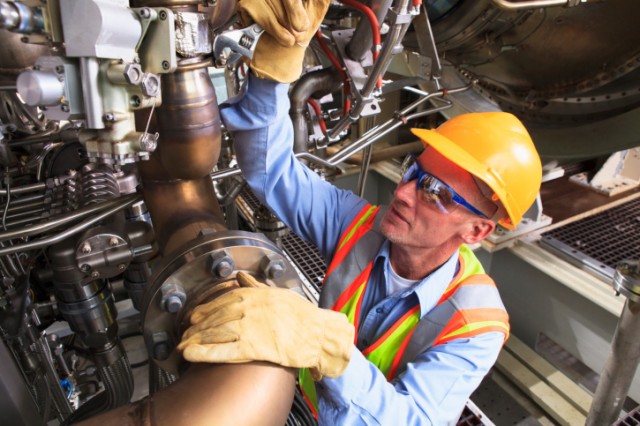 Last year, the percentage of working Americans who were unionized reached a ninety-seven-year low, and public opinion of labor unions has been in the gutter throughout much of the past decade. Yet, labor unions have played an important role in U.S. history, and some experts have suggested that the time is nigh for unions to make a comeback.

Public opinion of unions has declined in recent decades, particularly throughout the recession, but the most recent data shows the that trend might be changing, albeit slowly. A poll conducted late last month at Gallup concluded that most Americans (53%) now approve of labor unions. The 1950s saw unions’ highest rate of approval, at 75%.

The labor movement has existed in one form or another in the United States since very early on in the nation’s history. Indeed, unions, have even played a number of crucial roles in the country’s development. And while Americans’ public opinion of labor unions has waxed and waned throughout the years, more recently the thinking seems to be that unions simply aren’t relevant anymore.

Yet, despite the unions struggle to win over public opinion, they do boast an important legacy. For instance, the National Labor Union, which was created in 1866, played a critical role in convincing Congress to limit the work day. Labor unions are also responsible for federal laws such as the establishment of child labor laws, such as the Fair Labor Standards Act. Labor unions were also critical in the amendment of that law, the Equal Pay Act of 1963.

Ironically, it is partially the unions role in helping to pass these federal laws that have lead to their decline; workers began to find unions less important after many of their basic rights began to be protected under federal laws. TIME Magazine notes that the low-levels of union membership in the United States today are also due to a kind of “vicious cycle” which has been turning for decades. “As unions, decline, fewer people see their fates bound with unions, which just accelerates the decline.”

But regardless of public opinion, there are some good reasons why Americans don’t seem to think that unions are as crucial to their well-being as they once did. Simply put, unions need to do more for Americans. At the same time, Americans need to embrace a new, re-imagined version of the labor movement if it is to succeed.

The Harvard Business Review recently noted that there are number of things unions used to do for Americans that they simply don’t do anymore. Here are some of the biggest issues affecting American unions.

The Harvard Business Review notes that while it’s true that income inequality remains much lower among unionized workers than it does among non-unionized workers, todays unions simply don’t encompass enough Americans to make much of an impact.

Unionized workers still enjoy higher wages. In 2012, for instance, the median weekly income for union workers was $943, compared with just $742 for nonunion workers. But when unions are strong, they have a much wider sphere of impact. TIME Magazine notes that, “when unions are stronger the economy as a whole does better. Unions restore demand to an economy by raising wages for their members and putting more purchasing power to work, enabling more hiring.”

Right now, though, just 11% of Americans are unionized, so even if the unionized workers are making more, the unions are still not helping the majority of Americans. The Harvard Business Review notes that the rise of income inequality since the 1970s is, at least in part, due to the steady decline of labor unions.

Throughout much of their history, the Harvard Business Review notes, unions were very much racist institutions: For instance, most unions refused membership to African American workers, and some even worked to keep employers from hiring non-white workers.

Eventually though, labor unions in the U.S. began to change, and by the 1970s, a profound shift had occurred and there were more unionized African American workers than there were unionized white workers. Labor unions are largely credited with helping to shepherd a new wave of African Americans into the middle class during this time, as well as helping to shrink the income gap between white and black Americans at the time.

3. Unions no longer play a big role in assimilating immigrants

While unions historically haven’t been great to immigrants, either, the labor movement has really dropped the ball with more recent waves of Spanish-speaking immigrants, save for a few smaller unionization campaigns throughout the Southwest.

Overall, the Harvard Business Review notes, Hispanic workers are much less likely to be unionized than non-Hispanics, despite the fact that the wage gap is often felt most acutely among Hispanic populations.

The Review does note that there have been a few notable exceptions in the form of unionization campaigns among immigrants such as the United Farm Workers in California and the Service Employees International Union.

4. Unions no longer give lower-income Americans a political voice

In the past, unions were probably the most important organized interest group for working class Americans in Washington. But today, unionized workers are more affluent than they were in decades past, while the groups most in need of representation remain largely non-unionized. Pair that with the steady decline of unions overall and you’re left with a sad political fact: Not only do unions not have much clout in Washington anymore, but they also don’t necessarily represent the lower classes anymore.

The argument against a strong labor movement in the U.S. in the past few decades has generally been based upon a pretty black and white idea that strong unions naturally result in less competitiveness. But in his article, Justin Fox notes that some of the most heavily unionized countries in the world, “Denmark, Finland, and Sweden, where more than 65% of the population belongs to unions … also perennially score high on global competitiveness ratings.”

Stronger unions, it seems, could be one key to ending the income inequality that has received so much press over the past few months, and maybe, just maybe, Americans should re-think their ideas about labor.