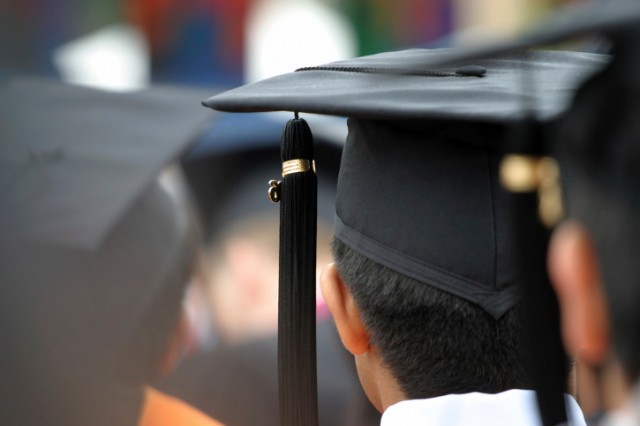 Earlier this month, Sweet Briar College, a private, all-female liberal arts college near Lynchburg, Va., announced that it would shut down at the end of the 2014-2015 academic year. In a statement, the school blamed “insurmountable financial challenges” for the closure.

“[T]here are two key realities that we could not change: the declining number of students choosing to attend small, rural, private liberal arts colleges and even fewer young women willing to consider a single-sex education, and the increase in the tuition discount rate that we have to extend to enroll each new class is financially unsustainable,” said Sweet Briar president James F. Jones in a statement.

Students, faculty, staff, and alumnae of the 114-year-old college were stunned by the news. “A piece of me is dying,” one alum tweeted.

“My daughter is heartbroken and I am absolutely disgusted with this school. She is in debt up to her knees for her first two years of school and now she can’t even finish at her school of choice,” commented Lelia Blackwell on Sweet Briar’s Facebook post announcing the closure.

Sweet Briar alumnae have already created a nonprofit organization and gathered $3 million in pledges to help save the college. These last-ditch efforts to prevent the school’s closure may be successful. But if not, the school will shut down permanently on August 25. Students will have to transfer to other schools to complete their education, and faculty and staff will have to find new jobs.

The financial situation that led Sweet Briar trustees to vote to close the school isn’t all that unique. Declining enrollments, shrinking endowments, and other financial problems are issues for many colleges across the U.S. Here are some of the warning signs that a college might be in danger of shutting its doors. 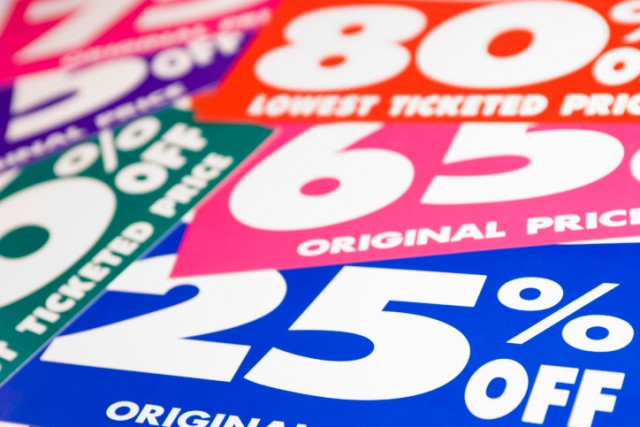 1. Offering too many tuition discounts

When a college decides to close its doors, there are usually multiple underlying causes. For Sweet Briar College, one trigger was the shrinking number of young women interested in attending a small, rural school or in pursuing a single-sex college experience. But another major issue was the high number of students receiving discounted tuition.

When Standard & Poor’s revised its outlook on Sweet Briar from stable to negative in fall 2014, it cited the school’s “very high” tuition discount rate of 57% as a cause for concern, noting that it might “cause the college to rely more on already high endowment spending.” Colleges frequently offer reduced tuition in order to attract more students or to make an education accessible to people who are not able to pay the full sticker price.

Tuition discounting comes with big risks for colleges, however. “Because of high institutional discount rates and large percentages of students receiving grants that cover a substantial portion of tuition and fees, average growth in net tuition revenue per freshman has been limited in recent years” for many schools, according to a recent survey on the practice by the National Association of College and University Business Officers. Less tuition revenue can put strain on a college’s finances, particularly at schools with few students and relatively small endowments, as colleges still have to pay professors, maintain facilities, and meet their other financial obligations. As with any business, if the revenue coming in is not sufficient, a college may eventually find itself in a position of no longer being able to continue operations.

Federal student aid is a major source of revenue for many colleges and universities, so when the government turns off the tap, it can spell disaster. At four-year public and non-profit private colleges and universities, more than 30% of first-year, full-time students received federal aid in the 2011-2012 school year. Colleges receive much of that money in the form of tuition and fees. But at private, for-profit colleges, the percent of students receiving federal aid is far higher — 76% according to the National Center for Education Statistics, which means they’re even more dependent on student loan money to stay in business.

Not just any school can receive federal student aid money. The government imposes certain institutional eligibility standards in order to ensure that money is flowing to accredited institutions that are actually educating students. If a school isn’t meeting its obligations, the federal government can make it more difficult, or even impossible, to receive federal aid money, as it recently did with for-profit Corinthian Colleges because of concerns the school was using fake job placement data in order to convince prospective students to enroll.

In June 2014, the Department of Education announced that it was increasing financial oversight of the 107-campus Corinthian Colleges chain and its subsidiary institutions, including WyoTech and Everest College, requiring the school to wait 21 days after submitting enrollment data before drawing down aid money. As a result, the Corinthian claimed it would likely “be unable to continue as a going concern.” Soon after, the company announced plans to either close or sell all its campus locations and was delisted from Nasdaq. It’s also being sued by the Consumer Financial Protection Bureau because of its deceptive marketing practices.

Unsurprisingly, many former Corinthian students are upset about the school’s closure and feel they’ve been duped. Some are engaging in a “debt strike” and refusing to pay back the student loans they took out to attend the college. “I didn’t have debt before, and now I have to struggle to pay these loans back. I was scammed. Two years of my life are gone. I can’t get that back,” former Everest College student and debt striker Latonya Suggs told Policy.Mic. 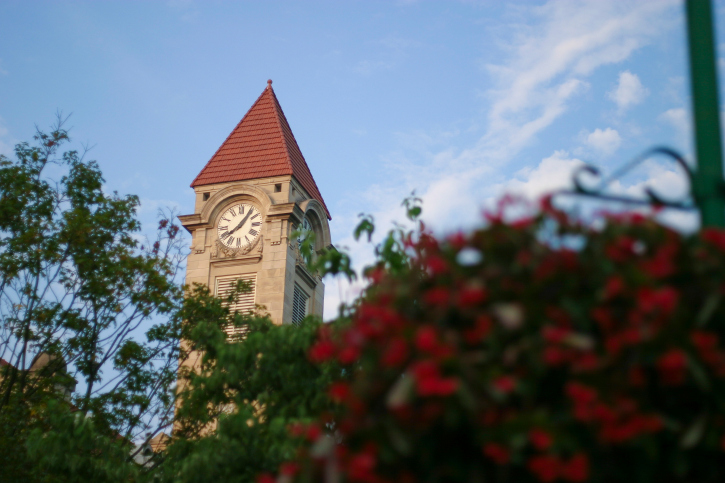 Accreditation woes can spell big trouble for a college or university. The accreditation process involves a third-party review of a school’s faculty, finances, curriculum, and other qualities to make sure that a school is legitimate. “Accreditation doesn’t guarantee quality, but does provide more assurance that there is oversight regarding the instruction and their authority to issue degrees,” Susan Aldridge, a senior fellow at the American Association of State Colleges and Universities told U.S. News & World Report.

While diploma mills frequently operate without accreditation, when a legitimate college loses its accreditation, it’s often seen as a death knell for the school, particularly since students at unaccredited schools aren’t eligible for federal financial aid. Schools don’t lose accreditation overnight though. Accreditation agencies issue warnings to schools that are in danger of losing their accreditation, as the Higher Learning Commission recently did to Ohio’s Wilberforce University.

Wilberforce University, America’s oldest private historically black college, is in trouble with its accrediting agency because of its failure to address financial challenges, failure to set annual goals, and a deteriorating campus and deferred maintenance, among other issues. The Higher Learning Commission will make a final determination on Wilberforce’s accreditation status this June. If the school does lose accreditation it “would almost certainly prove fatal to the institution,” InsideHigherEd reported. At that point, it could face a fate similar to that of Morris Brown College, another historically black college, which lost its accreditation in 2002. Most students went elsewhere to earn their degrees and enrollment fell to just 35 students. The school recently sold much of its property in a bankruptcy proceeding, though it hopes to regain accreditation after it emerges from bankruptcy. 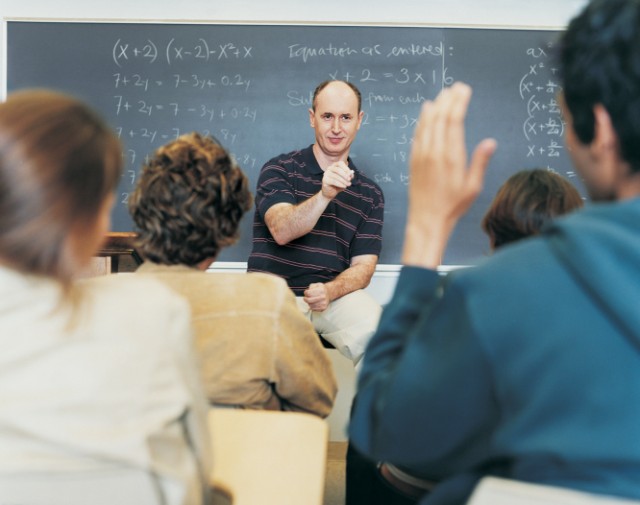 Shrinking enrollment numbers is a major warning sign that a college could be at risk of closure, according to a report from the Tennessee Independent Colleges and Universities Association (TICUA). “On the revenue side, small enrollments tend to be associated with lower tuition revenues and smaller amounts of private giving. On the expense side, many fixed and overhead costs are deferred through economies of scale that happen with larger enrollment institutions,” TICUA noted.

That was precisely the problem faced by Antioch College in Yellow Springs, Ohio, which shut down in 2008. Though the school had a storied history — it was founded by educational reformer Horace Mann in 1852 and was one of the first colleges in the U.S. to admit women and African-Americans — enrollment at the main undergraduate campus, which has space for 2,700 students had plunged to just a few hundred, as reported by InsideHigherEd. Low enrollment contributed to a host of other problems, including faculty and staff cuts and deferred campus maintenance, and the trustees voted to close the doors.

The Antioch story has a happy ending, though. In 2012, four years after the college closed, the Yellow Springs campus reopened, after a group of alumni banded together to purchase the campus, rights to the school’s endowment, and other institutional assets. Currently, all admitted students receive four-year, full-tuition scholarships.