4 Ways to Appear More Rich Than You Really Are 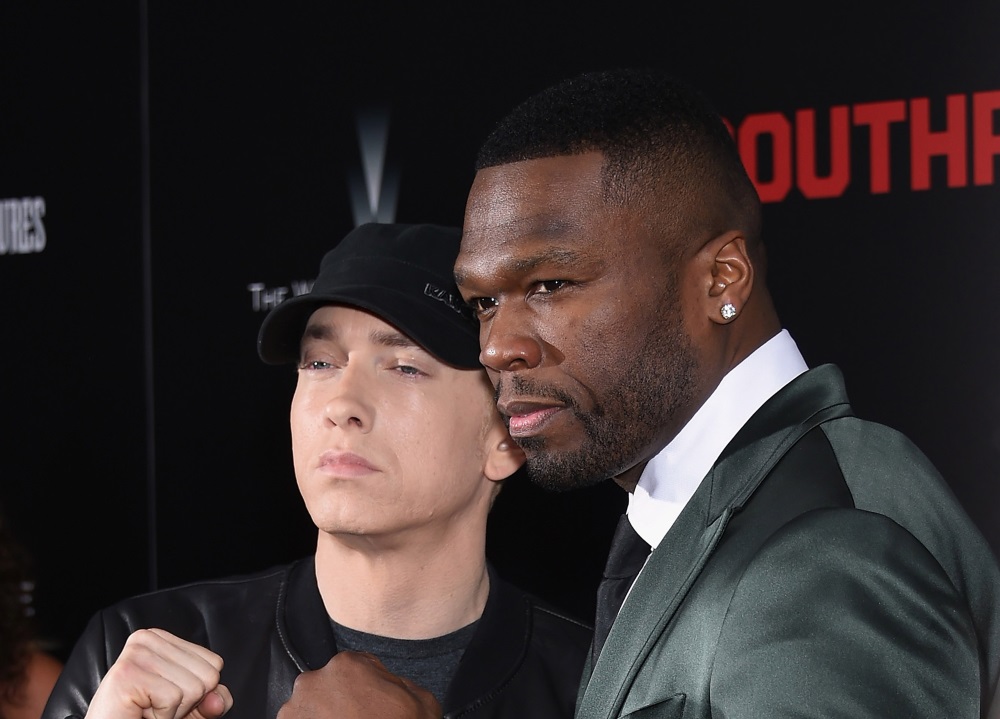 If there’s anything we can learn from the surprising bankruptcy declaration levied by rapper and entrepreneur 50 Cent, it’s that appearances matter. Think about it — for all intents and purposes, 50 Cent was a multi-millionaire, living the good life and earning stacks of cash from his movies, music, and business dealings. But it was all an illusion.

50 Cent, evidently, is broke. But that didn’t stop him from conjuring up an elaborate illusion to control his public image.

If there’s something that us ‘normies’ can take away from that, it’s that we too can exude the appearance of success, which in turn may actually make us more successful. It’s kind of like all that ‘manifesting’ mumbo-jumbo you hear at seminars, or on productivity blogs. If you believe it, or live it, then you’ll be it. So, how can you do that, exactly?

If you’re not earning a ton of money, you can still use ole’ 50’s techniques to help you get ahead. Think about it: if you roll up to your next job interview in your beat-up Corolla, the folks interviewing you will think “well, there’s a practical, responsible individual.” But, if you cruise into the parking lot in a Lexus, that thought pattern changes drastically.

“That guy has a Lexus? He must be doing something right…We need to get him in here right now so his success can rub off on us.”

Of course, that’s not necessarily what will happen, but you get the point. Appearances matter. And it’s why your dad always told you to go get yourself a haircut in high school, or why you were always warned against getting a neck tattoo. The little things send subtle messages about you — and you never know who’s paying attention.

So, how can you hack the 50 Cent approach to appearing successful? On the next few pages, we’ve listed a few ways. Again, though, keep in mind that 50 Cent made some big mistakes, and got himself in considerable financial trouble. The difference is, he can get himself out with relative ease — you probably can’t. Don’t do something crazy, and try to make the best financial decisions you can.

We all want an incredible house or apartment, but naturally, there are some big barriers keeping us from getting it. While you’re probably not going to get into one of America’s most exclusive zip codes without ponying up some pretty serious capital, you can still get yourself a hell of a place to live on a rather modest salary — which will have everyone wanting to visit, and, uh, stay over.

While tracking down a condo or apartment can be tough and expensive in certain cities, you may want to look at local real estate. There are some things you can do to get the house you always wanted, though they may not be the best idea in the long-term. Talk to mortgage lenders to see what your options are. Look at interest-only home loans, which will allow you to pay off interest first, typically for five to seven years, and then dump money at the principal. This enables you to get a bigger and better house in short order, but remember this strategy is not typically recommended.

And who knows? Maybe you’ll luck into finding a gorgeous home at a reasonable price, in a desirable area.

Nothing says “I’ve made it” like a luxury car. And millennials are evidently taking notice. But since these cars often come with insane price tags, luxury brands like Mercedes, Jaguar, and Lexus are out of reach. That is, if you want to buy outright.

The trick? Leasing. Millennials have caught on to leasing, and it’s spawned a generation of luxury car lovers that can get away from maintenance costs, and high financing costs. In fact, nearly a third of all new car purchases by millennials are luxury vehicles. So, you can save yourself some money, and get a fancy, flashy vehicle at the same time — if you play your cards right.

3. Buy Brand-Names — At a Discount

Yes, you’re right — brand names and designer labels come with big price tags. But there are ways to get around that little problem, and it’s by tackling the racks at discount stores. You know the places, there are many of them — Ross, T.J. Maxx, Marshall’s, Nordstrom Rack — they’re all full of swanky threads at discount prices, which allow you to build a serious wardrobe at a fraction of the price.

If you want to dig a little deeper, you can scour ‘daily deal’ websites like DealNews, or even head over to Ebay to see if there are any deals to be had. And if you’re in the market for more than just clothing, these websites and stores often carry a number of other things, including home and kitchen decor, jewelry, shoes, and accessories. Though clothing can be incredibly expensive, there are ways to get an expensive wardrobe at a serious discount.

You can have the car, the clothes, and the pad, but the final piece of the puzzle brings it all together: attitude. One thing that changed people’s perception of 50 Cent in recent years was his transformation from gangster rapper to businessman. It’s a change we’ve seen other people make as well, including Dr. Dre. Think about it this way: you can have all of the toys and fixtures of success at arm’s reach, but if you’re still acting like a jerk, or incredibly immature, people aren’t going to take you seriously.

Think about Justin Bieber, for example. He’s got it all, but his behavior keeps a lot of people from thinking of him as a successful and trustworthy grown-up.

So, attitude is what ties the whole thing together. 50 Cent evolved over the years, from rapper to entrepreneur, and eventually to an icon. And he did it by putting the tools in place, and following down a set path. You can do it too. But the most important element is to act the part. Nobody’s going to buy into your image if you give them a reason not to.