Failure is a fact of business life. In 2014 alone, nearly 27,000 companies filed for bankruptcy – about 74 per day. Even if they don’t end up in bankruptcy court, many businesses don’t survive for the long haul. Of companies founded in 2000, just 36% made it to the 10-year mark, according to the Bureau of Labor Statistics. Even corporate giants can tumble. Of the 500 companies on the Fortune 500 list in 1955, just 61 still existed in 2014.

When hard times hit, once-dominant companies may eventually dissolve or be subsumed into other firms, as happened to TWA, Woolworth’s, and Standard Oil. In other cases, the company continues but the business focus significantly changes, which happened with former photo industry titans like Kodak and Polaroid.

Yet some struggling businesses can’t seem to either successfully evolve or call it quits. These “zombie” companies may go through rounds of bankruptcy, restructuring, and leadership changes, limping along as their market share shrinks and the hoped-for turnaround never happens. Sometimes, in the case of retail and restaurant chains, just a few struggling outposts remain as the corporate parent withers and dies. These are companies that refuse to go gentle into that good night.

We’ve compiled a list of four of these “walking dead” companies, looked at the reasons these businesses have fallen so far, and offer our take on whether there’s a chance for a resurrection.

Blockbuster’s rise was swift, and its fall was equally fast. The formerly ubiquitous chain was founded in 1985, just as the home video rental market took off. By 1992 there were 2,800 Blockbuster stores; in 2004, that number had ballooned to 9,000. But trouble was brewing.

Blame it on the late fees. Back in 1997, Silicon Valley entrepreneur Reed Hastings got hit with a steep fine for returning a movie late. The experience inspired him to create Netflix. Competition from the DVD-by-mail service, online streaming, and cheap alternatives like Redbox, combined with internal squabbles and customer dissatisfaction with, you guessed it, late fees, all conspired to push the company to the brink. By 2013, Blockbuster announced that it would close all of its remaining locations, which at that point had dwindled to just 300.

Well, not quite all. There are still a handful of Blockbusters around, mostly clustered in Texas and Alaska. The stores are owned by franchisees, and while some of those locations have closed in the past year, a number remain open.

“We will run it as long as we can profitably run it. There’s no endgame in mind,” Alan Payne, who owns a number of the remaining Blockbusters, told Juneau’s KTOO earlier in 2015.

Blockbuster also lives on in Mexico, where fewer households have the Internet access that allows streaming and there’s no competition from companies like Redbox. But that may not be the case for long. Netflix has plans to expand south of border, which means that customers may soon be saying their final adiós to Blockbuster.

Beleaguered electronics chain RadioShack filed for Chapter 11 bankruptcy in February 2015 and announced that thousands of its stores would close. Many assumed that was the final nail in the coffin for the chain that couldn’t seem to get anything right in the past few years, from the way it treated employees to adapting to changes in the market for consumer electronics.

But RadioShack isn’t quite dead yet. About 1,740 stores were taken over by a hedge fund, which plans to turn them into “bodegas for batteries.” The stores will share space with Sprint, which will double the cellphone carrier’s number of locations in the U.S. and hopefully generate more foot traffic. The RadioShack brand is still on life support, though. The New Hampshire Union Leader says Sprint will eventually take the primary spot on signs and marketing materials.

“The fact that they have a new lease on life does not change the competitive dynamics here,” Anthony Chukumba, a senior research analyst with BB&T Capital Markets, told the Washington Post. “And to me it does not change the so many reasons that led them to going bankrupt in the first place.” 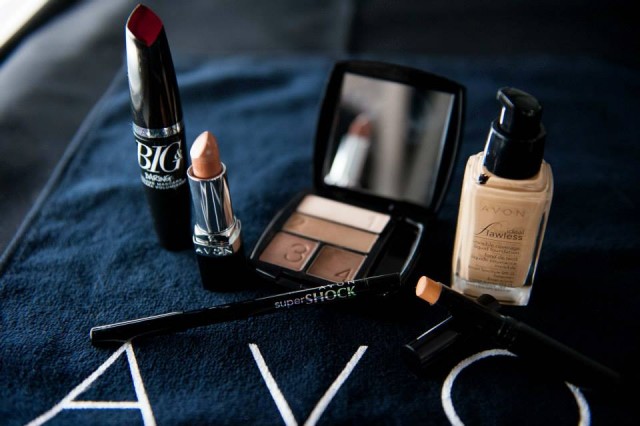 Avon ladies have been selling beauty products to their friends and neighbors since 1886. Yet even an extreme makeover may not be enough to save this struggling company.

Avon sales were down 17% in North America in 2014. Sales are also down in Latin America, Europe, and Asia, where Avon does 86% of its business. The number of Avon sales reps has tumbled as well, both in the U.S. and abroad.

In early April 2015, the company cancelled an investor meeting and is reportedly exploring a possible sale of its North American business, the Wall Street Journal reported. The potential move comes after years of floundering, particularly in a failed attempt to remake itself into a higher-end retail brand in the early 2000s. Corporate missteps, scandals abroad, and trouble with the SEC haven’t helped matters.

Unfortunately for Avon, the direct sales model for cosmetics seems dated to many women, who prefer to buy their beauty products from drug stores, Sephora, Birchbox, and other outlets. And as a career, becoming an “Avon lady” has less appeal than it once did. More women have jobs outside the home, and even among those interested in direct sales there’s more competition, as dozens of companies have sprung up in recent years offering everything from flameless candles (Scentsy) to nail wraps (Jamberry). 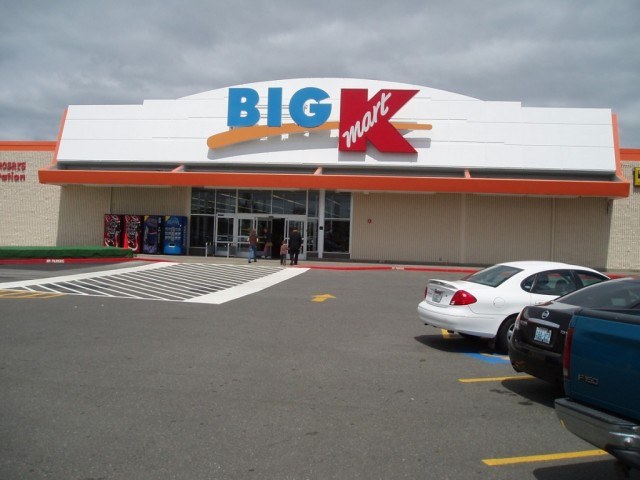 Kmart was once the second-largest retailer in the U.S. Those days are long gone. The discount chain began to struggle in the 1990s, as competition from rivals like Wal-Mart and Target grew. In the early 2000s, it shuttered hundreds of stores; it filed for Chapter 11 bankruptcy in 2002 in what was then the largest-ever retail bankruptcy in the U.S.

Kmart’s fortunes haven’t improved much since then. The company – which purchased Sears, another chain that has fallen on hard times, in 2004 – currently operates 979 Kmart stores, down from more than 2,100 in 2002. Sales were down 2% in 2014, and the company is continuing to shutter stores around the country.

Things are so bad for Sears Holdings, the parent company of both Kmart and Sears, that it’s even having trouble finding an ad agency. Big players in the ad game don’t want to take a risk on a company that seems doomed to fail.