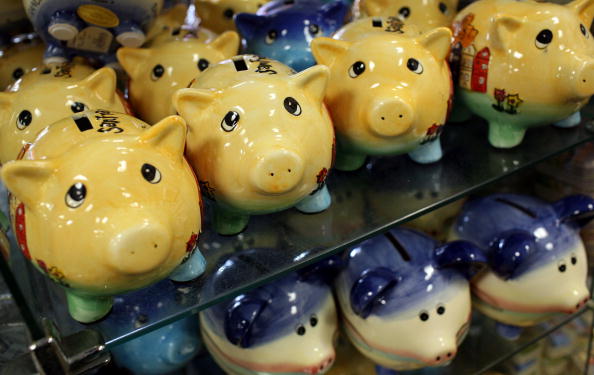 Is your 401(k) plan the most important job perk? Retirement once included company pension plans that offered peace of mind to workers, but those days are numbered. More responsibility is being placed on Americans to save for their own retirements. As a result, 401(k) plans are playing a significant role in the recruitment process.

The Great Recession affected these plans, but most participants focused on the future. “Despite the tumultuous economy in recent years, 401(k) plan participants stayed on course with their savings,” said Catherine Collinson, president of TCRS. According to the worker survey, participation rates among workers who are offered a plan have increased from 77% in 2007 to 80% in 2014. Among plan participants, annual salary contribution rates have increased from 7% (median) in 2007 to 8% (median) in 2014, with a slight dip to 6% during the economic downturn. 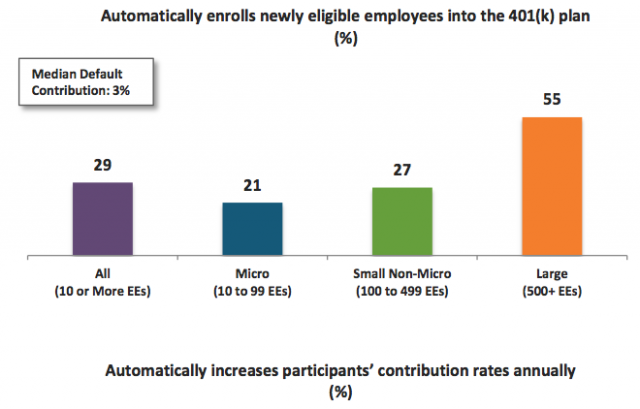 Sometimes incentives alone are not enough produce positive results when it comes to saving money. Faced with a complex choice and unsure what to do, many individuals often take the “no decision” choice. In the case of a voluntary retirement plan, which requires that a participant take action in order to sign up, the “no decision” choice is a decision not to contribute to the plan.

“Automatic increases can help drive up savings rates: Seventy percent of workers who are offered a plan say they would be likely to take advantage of a feature that automatically increases their contributions by one percent of their salary either annually or when they receive a raise, until such a time when they choose to discontinue the increases,” said Collinson. 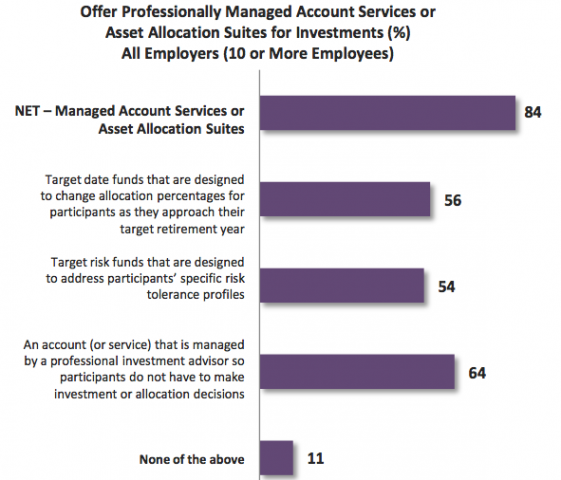 Not every employee is willing to research investment decisions. Professional services such as managed accounts and asset allocations, including target date funds, can help make the retirement planning process less intimidating.

“For plan participants lacking the expertise to set their own 401(k) asset allocation among various funds, professionally managed accounts and asset allocation suites can be a convenient and effective solution. However, it is important to emphasize that plan sponsors’ inclusion of these options, like other 401(k) investments, requires careful due diligence as well as disclosing methodologies, benchmarks, and fees to their plan participants,” said Collinson.

Overall, 84% of plan sponsors now offer some form of professional help, including 56% that offer target date funds that are designed to change allocation percentages for participants as they approach their target retirement year. 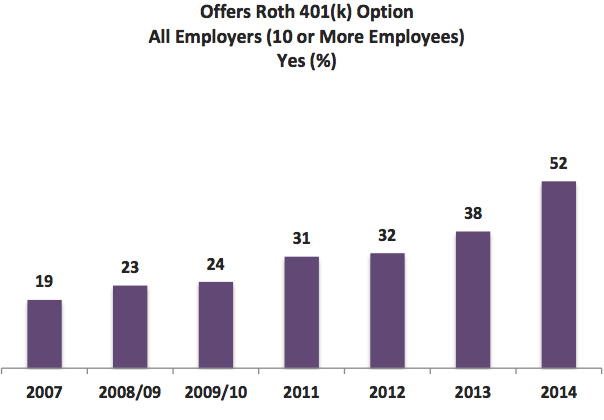 While “Roth” is typically associated with individual retirement accounts (IRAs), Roth 401(k)s are becoming more widely available at employers. A Roth 401(k) grows tax-free, meaning you contribute dollars after Uncle Sam takes his cut, but you generally won’t pay taxes on withdrawals as long as you take them after you have reached age 59.5. It complements the longstanding ability for participants to contribute to a traditional 401(k) plan, which is on a tax-deferred basis.

“Roth 401(k) can help plan participants diversify their risk involving the tax treatment of their accounts when they reach retirement age,” said Collinson. Sponsors’ offering of the Roth 401(k) feature has increased from 19% in 2007 to 52% in 2014. 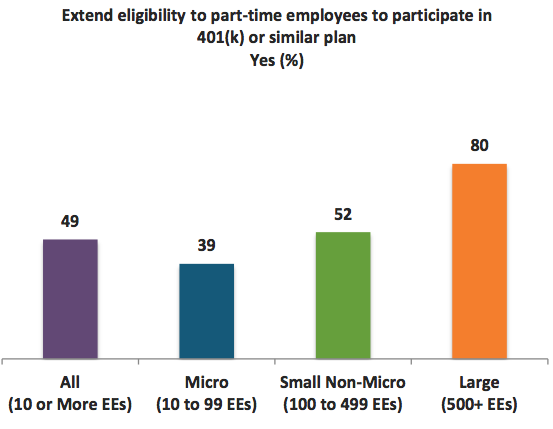 In addition to companies providing 401(k) plans for full-time employees, they should also consider offering plans to part-time employees. To be clear, not every company has the resources to extend benefits to part-time workers, but some companies are leading the way. Starbucks offers a package called “Your Special Blend,” which allows employees working 20 or more hours a week the opportunity to receive 401(k) matching and discounted stock purchase options.

Only 49% of 401(k) or similar plan sponsors say they extend eligibility to part-time workers to save in their plans. 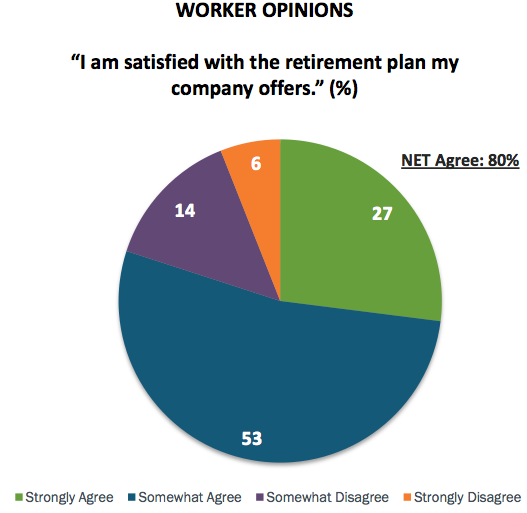 Like every relationship, communication is a key component. The report finds that 95% of employers that offer a 401(k) or similar plan agree that their employees are satisfied with the plan. However, only 80% of workers who are offered such a plan say they are satisfied. Just 23% of employers have surveyed their employees on retirement benefits and even fewer workers (11%) have spoken with their supervisor or HR department on the topic in the past year.