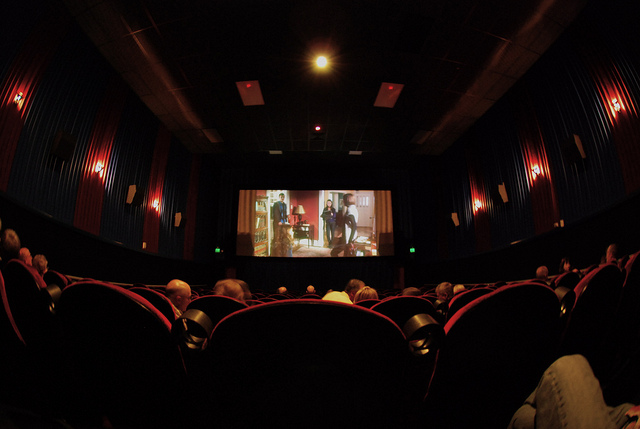 This weekend will see the release of several high-profile films with a lot of question marks. While the very top of the list seems somewhat secure, the other four films appear to be closely matched as they jockey for the other top spots at the domestic box office.

This week we have several more children’s films dropping into an already saturated children’s film market, an R-rated sci-fi action film contending with another R-rated action film, and an R-rated adult comedy film coming into the mix without much competition. The good news is that there’s something for everyone even if you’ve seen everything in theaters already.

Here are the top five films likely to reign at the top of the domestic box office this week. 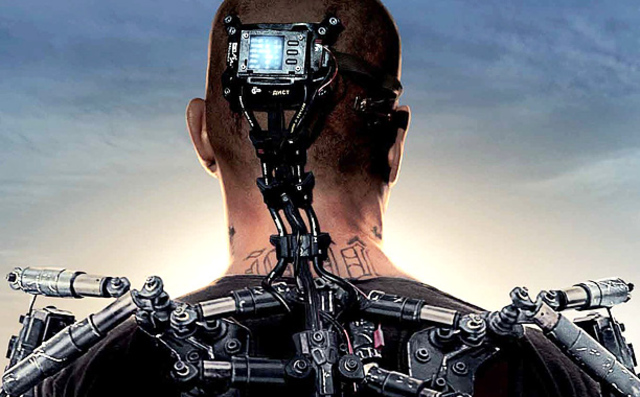 At the moment, it appears as though the top of the box office is Elysium’s to lose. The Sony (NYSE:SNE) sci-fi action film has had a lot of positive buzz for months now and currently holds a 72 percent “Fresh” rating from Rotten Tomatoes. Starring Matt Damon, Jodie Foster and Sharlto Copley, Elysium takes place in the year 2154 when Earth has become a devastated slum for those unable to afford to live on Elysium — a high-tech utopian society aboard a space station. When Max DeCosta (Damon) is involved in an industrial accident giving him cancer, he has five days to get to Elysium so that he can potentially cure himself of disease.

Elysium is the second feature film by Neill Blomkamp, the South African-Canadian director who made District 9 – the popular, critically acclaimed 2009 sci-fi action film. District 9 went on to make $210 million dollars on a budget of only $30 million and skyrocketed Blomkamp to the top of Hollywood where he recently turned down the offer to direct Star Wars VII.

While Elysium has a $90 million budget and is flanked by Hollywood actors, the question is whether some of the charm of his first film might have come from the lack of these features. Already, some critics have discussed the fact that the film seems somewhat generic and that District 9 is superior. Still, don’t expect movie-goers to listen to the critics on this one as fans of Blomkamp’s first film, as well sci-fi action lovers, flock to the theaters to see the newest film from one Hollywood’s most promising young directors. 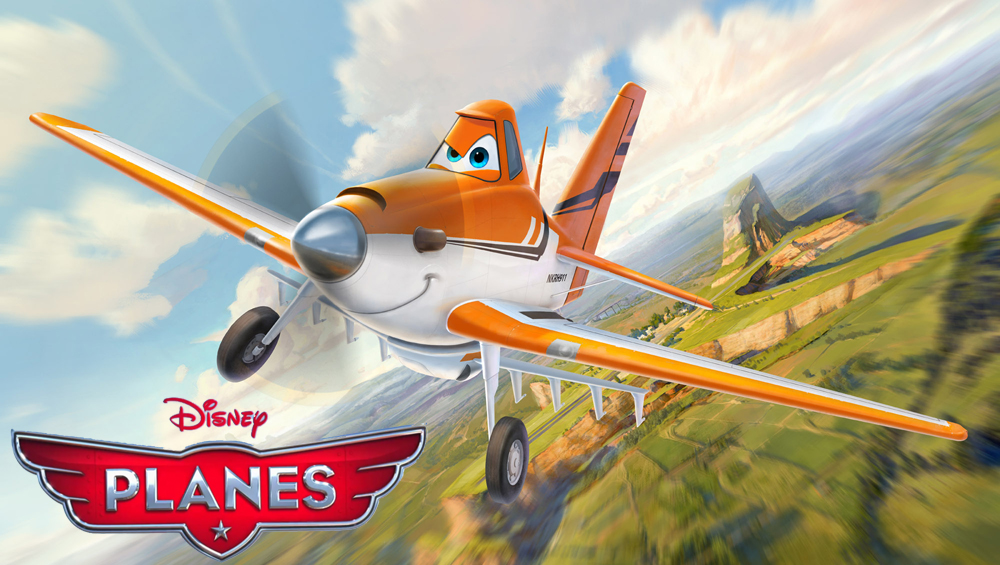 Disney’s (NYSE:DIS) Planes is the first big question mark on this list. Planes is a 3D computer-animated comedy originally intended as a direct-to-DVD spin-off of Pixar’s Cars franchise. The film follows Dusty, a small-town plane, who dreams of being a high-flying racer.

While as recently as a month ago this film would have seemed destined for big business, recent box office stumbles by DreamWorks Animation’s (NASDAQ:DQA) Turbo and last week’s Smurfs 2, released by Sony, have shown that the box office seems to be overly saturated with children’s films. While Planes would seem to be better positioned to score big box office numbers, there’s also the fact that despite looking like a Pixar film, the film is not actually produced by Pixar and was originally aimed as a direct-to-video film by DisneyToon Studios.

The film is already getting hammered by critics (currently 24 percent “Fresh” according to Rotten Tomatoes) and is unlikely to really take off the way the box office currently looks. However, given the past success of the Cars franchise and the film’s similarity to the Pixar films, it would be surprising if Planes didn’t get at least second place at the box office this weekend. 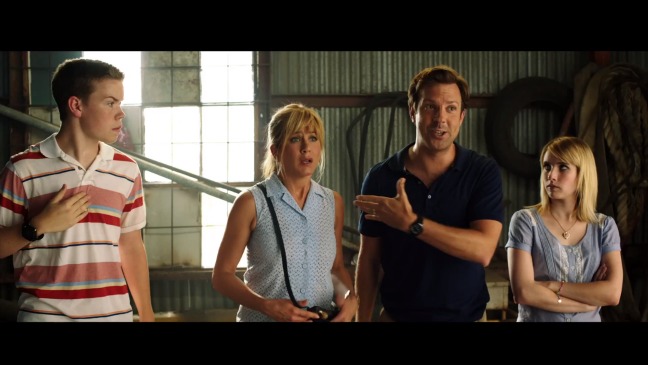 The Warner Bros. (NYSE:TWX) R-rated comedy We’re the Millers was released on Wednesday, grossing $6.8 million and putting it in the projected range of $35 million for the 5-day debut ending Sunday. It also received an A-minus CinemaScore with viewers, making it the first R-rated comedy since Ted to receive the top grade, according to The Hollywood Reporter.

Directed by Rawson Marshall Thurber and starring Jason Sudeikis, Jennifer Aniston, and Emma Roberts, We’re the Millers is a comedy about a group of people who come together to form a fake family so that they can smuggle marijuana out of Mexico. The film cost $37 million to produce.

If the numbers from Wednesday hold consistent, then We’re the Millers will definitely be seen as an overachiever — the $35 million estimated 5-day debut will put it only $2 million shy of its production budget. The film might not have the legs to see sustained business over the coming weeks, but it will benefit from being the only big R-rated comedy in theaters presently. 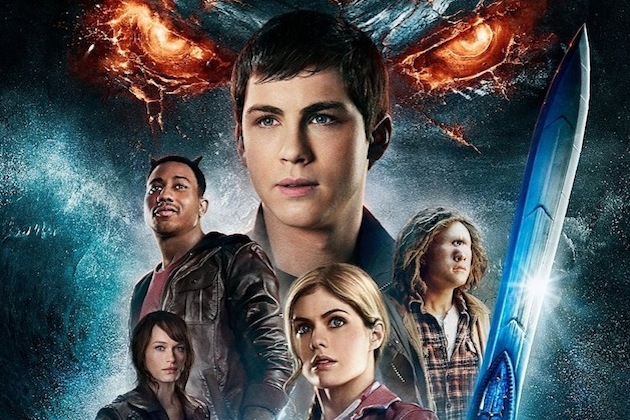 21st Century Fox’s (NASDAQ:FOXA) Percy Jackson: Sea of Monsters, the sequel to Percy Jackson & The Olympians: The Lightning Thief, is another film that was released on Wednesday, making $5.5 million for a projected 5-day debut of about $25 million. The film scored a B-plus CinemaScore, which was equal to the score of the original of the film.

The film, directed by Thor Freudenthal and starring Logan Lerman, Brandon T. Jackson, and Alexandra Daddario, tells the story of Percy Jackson and his friends as they search for the Golden Fleece at the titular Sea of Monsters. The film cost an estimated $90 million to make — about $5 million less than its predecessor.

$25 million for the 5-day span isn’t bad, but the crowded box office this weekend means the film is likely to end up in fourth place when the weekend is done. While the original film made $226 million in worldwide grosses, it only made $88 million domestically despite being released in February when there was little competition. This time around, the sequel’s got competition from all sides, so the domestic total seems destined to take a huge hit. If the global box office doesn’t respond, this could be the last Percy Jackson film.

Released last week, Universal’s (NASDAQ:CMCSA) 2 Guns looks poised to remain on the top-five list despite the added competition of another R-rated action film, Elysium. The film has made $35 million at the domestic box office (worldwide distribution has not yet been inked) and looks to continue to bring in fans of Denzel Washington and Mark Wahlberg.

2 Guns tells the story of a DEA agent (Washington) and a Naval Intelligence Officer (Wahlberg) who end up working together to take on a corrupt CIA group. The film received a CinemaScore rating of B-plus and is currently garnering lots of foreign distribution interest with Sony Worldwide Acquisitions Group  purchasing rights to the film in most of the markets outside of North America.

According to the The Hollywood Reporter, the film’s success was fueled by an ethnically diverse audience — composed of 28 percent African-Americans and 14 percent Hispanics along with a female viewership of 49 percent. Expect this aspect of film’s success to continue strong this weekend despite the entrance of several big-name films into the fold.

Don’t Miss: Is Pay-TV’s Demise Happening Sooner Rather than Later?