5 Body Language Tricks That Will Make People Like You 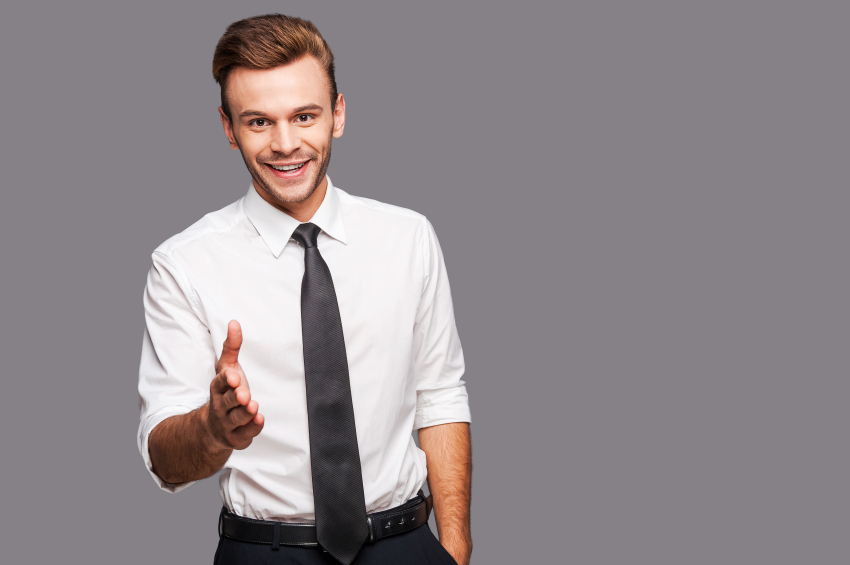 No matter what job you’re in, the path to success includes making a good first impression and following that up with behavior that will make your co-workers and clients like you. Being confident is the key to that first impression, but endearing yourself to the people you work with can be a more difficult challenge.

On top of generally having a positive attitude and completing your share of the work, there are several tricks to body language that will put you on the fast track to becoming a favorite person in the office. Dr. Travis Bradberry, a clinical psychologist and expert in emotional intelligence, wrote an article for Forbes that describes several of these tactics. By paying attention to the social cues you and others give, you’ll be much better at picking up on office dynamics and making sure you’re doing what you can to stay in people’s good graces.

Knowing more about body language can also help you interpret connections and relationships in the office. For example, Bradberry explains that when a group laughs together, people can’t help but make eye contact with the person they feel closest with. By paying attention to that signal, you’ll be able to pick up on who your boss feels most comfortable with, and if you have any close allies within that group – all based on who people glance at after a joke.

Those cues will tell you about the subconscious feelings of the people you work with, but there are several things you can do to engage your co-workers and make them like you more. Here’s five things to try.

You might not be abnormally thrilled to see a co-worker come in for the day, but showing extra excitement about seeing them in the morning makes a lasting impression, provided you’re sincere in your actions. Humans tend to mirror the actions they see around them, Bradberry explains, meaning that your co-workers are likely to mirror that excitement back on to you.

“It’s an easy way to make a strong first impression and to get people to like you,” Bradberry writes.

Even if you’re not an overly charismatic person, try using warm greetings and a smile each time you see a new person in the morning. Maybe that means getting an extra hour of sleep or another coffee from Starbucks, but do what you need to so that you can be a lively presence in the office.

It’s well known that too much eye contact can be overbearing and seem aggressive – something we’ve warned about in the past. But not maintaining any eye contact is the quickest way to tell other people you’re not interested in what they have to say, which won’t earn you any brownie points.

According to Bradberry, meeting eyes with someone for about 60% of the time is a good balance. “Maintaining eye contact for roughly 60% of a conversation comes across as interested, friendly, and trustworthy,” he said.

We know that asking for advice from co-workers is a good way to make a positive first impression. Even though it might seem counterintuitive at first, asking for favors even when you’re a well-seasoned employee is a great way to earn people’s trust and fondness.

The reason is because people will unconsciously come up with mental justifications for going out of their way for you. “Typical justifications include things such as ‘he’s my friend,’ ‘I like him,’ and ‘he seems like the kind of person who would return the favor,’ ” Bradberry explains. Not only do these bolster your reputation in that person’s mind, but you also get help with something you’re working on. For you, it’s a win-win.

When you need to persuade someone to see your point of view, nod your head in an affirmative manner as you’re making your case. Similar to how people mirror your excitement, they’ll also mirror your actions and likely nod along with you. That subconscious affirmation will most likely convince the person to agree with you – or at least see your argument in a positive light.

“When you nod your head as you speak, you convey that what you’re saying is true and desirable, and people are more inclined to agree with you,” Bradberry writes.

We’ve all been in a conversation with someone who’s clenching their fists or crossing their arms, closing themselves off to us. Not only can that be distracting, but it also suggests that person might be trying to hide something or otherwise isn’t trustworthy as a team member.

Pointing and using closed hands to demonstrate something can be seen as aggressive and rude, while open-palmed gestures conveys trust, Bradberry explained. Some companies go so far as to make open-palmed gestures a requirement, including LEGOLAND, where employees have to present open palms instead of pointing to where items are located in the store for customers.