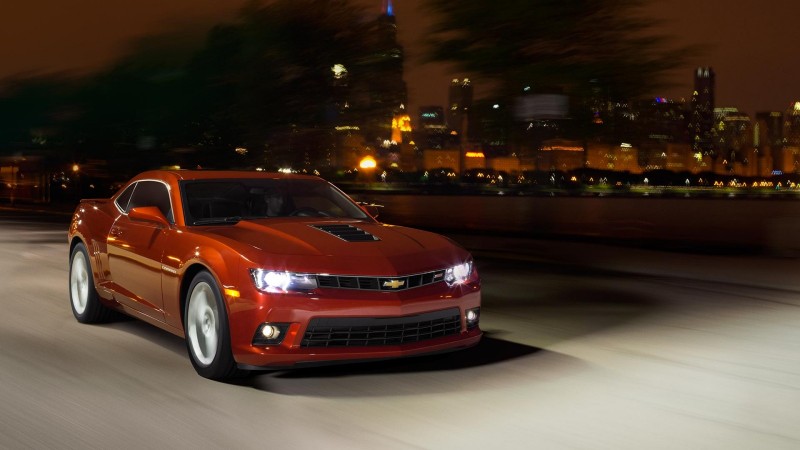 Choosing a car color is one of the most expensive fashion statements a consumer will make. Men are typically viewed as willing to spend extra on a set of wheels to boost testosterone levels, while women are often seen as practical buyers focused on value. After all, the saying “boys and their toys” exists for reason. New research on popular car colors fuels this perspective, but are muscle cars also changing color preferences?

Men feel the need to be noticed on the road. According to iSeeCars.com, men have a stronger preference for orange cars than women by 25%, the most of any color by a mile. Brown comes in a distant second at 9.8%, though a sharp improvement from 11th place a year earlier. Yellow rounds out the podium at 6.3%, while red and black finish at 5.9% and 5.1%, respectively. Over the course of only one year, men’s preference for orange cars more than doubled and their preference for yellow cars more than tripled. In comparison, women prefer gold (11.2%), silver (7.1%), and beige (5.6%).

“Orange is the new hot car color when it comes to men’s preferences,” said Phong Ly, CEO of iSeeCars.com. “The most popular car colors — black, white, and silver — didn’t change dramatically, but what’s striking is how much more interest men have for the non-traditional colors now. This signals a trend of men’s attitudes shifting away from the classic colors of red and black toward less mainstream colors.”

Why do men find orange and brown so attractive? One factor is the reemergence of muscle cars, which tends to attract more male buyers. From 2013 to 2014, orange muscle cars experienced a 73.3% increase in market share. Furthermore, over the same period, brown gained ground with an influx of rich brown tones in the male-preferred luxury and muscle car segments. Market share of brown luxury cars rose 16.2% and market share for brown muscle cars increased by 53.3%.

What you initially paid for a car and its condition when selling it significantly impacts your wallet, but car color also plays a role. In fact, yellow and orange have lower depreciation than all other colors. Yellow cars show the least depreciation at an average of about 26% over five years from original MSRP, while orange averages 27.6%. For a vehicle with an MSRP of $20,000, that means on average, a yellow car could be worth $1,500 more at year five than the average car with average depreciation. Black, gray, and silver have the worst depreciation at about 34% each.