There’s no disputing that if we want the environment to be cleaner, healthier, and longer-lasting, it’s up to humankind to ensure it stays that way, or is able to recover from instances of abuse or overuse. No matter what you believe about climate change, the argument can be made that humans have an enormous ability to affect our surroundings. It’s one of the reasons that companies have begun to make more substantial pledges to do what they can to improve the environment and the quality of resources they use, and why other organizations are tracking their progress to see if the efforts will have a noticeable impact.

For some businesses, environmental goals have come second, increasing as there’s been a greater call for corporate sustainability. For others, the efforts to protect the environment are ingrained in the firm’s culture, started with a philosophy from company leadership. That’s the case for Phillipe Christodoulou, founder and CEO of The Eco Laundry Company. Christodoulou is an investment banker turned entrepreneur and has always been passionate about sustainability.

Christodoulou has been discouraged in the past to see that companies have taken very little responsibility for how their actions affect the environment. But now, he told The Cheat Sheet, a shift in consumer’s concern for the environment — especially among young millennials who have an increasing amount of buying power — is compelling businesses to make sustainability a greater concern. “Consumers are starting to demand that businesses behave in a certain way… before long, businesses that don’t have a higher purpose will be dead in the water,” Christodoulou said.

In honor of Earth Day, we’ve compiled a list of just a few of the companies that are getting extra creative to improve the environment, whether it’s through resources they use, how they help consumers, or ways they’re changing standards within their industries. Take a look. 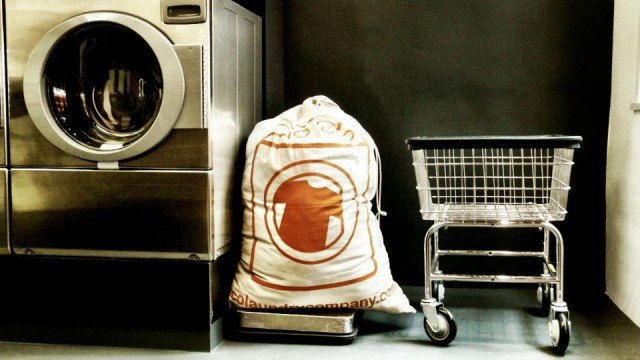 Christodoulou didn’t set out in life to be a laundromat owner, but while living in Buenos Aires, Argentina, he realized the great need for a sustainable way to wash clothing. It wasn’t just about making the laundry and dry cleaning industries more sustainable — it was about using his two stores (one in Argentina and one in the Chelsea neighborhood in New York City) as a vehicle for educating people about environmentally friendly habits. The model starts in the business, however — the stores are powered by wind energy, the machines are designed to conserve water (a typical washing machine uses between 40 and 45 gallons per load), and all of the soaps and detergents are non-toxic and biodegradable. The business also offers a green dry cleaning service, in which even the hangers are biodegradable.

As with all ambitious entrepreneurs, Christodoulou would like to see his businesses grow. The company opened up franchising operations in early 2015, and the founder expects future franchisees to conduct their businesses in the same sustainable manner. The Eco Laundry Company was the first laundry business to become a certified B Corporation, which are companies that have made consistent efforts to conduct their businesses in a sustainable way. Future franchises of the company will also earn their certification, Christodoulou said. By growing the franchise, the company will have more buying power for green suppliers — right now, finding sustainable and affordable supplies is one of the biggest challenges. But growing the business will also mean the company has a louder voice to educate more people, he said.

In observance of Earth Day, the company is planting a tree for every item of clothing that is dry cleaned on Wednesday, April 22. The company already partners with WeForest, an organization that plants trees around the world. All of the trees from The Eco Laundry Company’s donations are planted in Madagascar, Christodoulou said.

Technology giants are often criticized for the enormous amount of waste created by their manufacturing processes, Dell is doing what it can to limit its footprint — at least in the packaging processes. Under the direction of the company’s head of packaging, Oliver Campbell, Dell has partnered with several smaller startups to ship laptops and other technology in smaller containers with more eco-friendly materials. This used to mean bamboo packaging in the past, but the price for bamboo has increased as the technique has become more popular.

One of the most notable innovations has been the use of Mushroom Packaging instead of foam peanuts or other plastic-based foam cushions. The mushroom foam was created through a Dell partnership with Ecovative. Using agricultural byproducts (like leftover grains or plants) and blending it with mushroom mycelium (the fungi’s root system), packaging is literally grown and shaped around molds, and then heat treated so there’s no residual spores or allergens in the organic materials.

“We were actually surprised when we looked at the cellular structure under a microscope, you are looking at a root structure and these roots have little tendrils and they are interlocking, it’s kind of like Velcro and it’s flexing and absorbing the energy in ways that your foam can’t,” Campbell told the BBC. “Sometimes Mother Nature has a few tricks up her sleeve, right?”

The best part of the packaging is that, because it’s plant-based and not made from petrochemicals, the foam can either be composted by the consumer, thrown away (at which point it’s biodegradable), or even crumbled up and used in your garden to add nutrients back into the soil. Let’s see you do that, packing peanuts.

With a name like EnviroPure, you can be pretty sure that is has a sustainability focus in mind. The company’s main goal is to figure out better ways for people to dispose of their organic food waste. The “wet” system uses water already in food waste and a BioMix that contains nutrients that accelerate the decomposition process, to break down food particles to the point where it decomposes back into water, with very little waste left over. This system is designed mostly with supermarkets and commercial or industrial-sized kitchens in mind. The “dry” system accelerates the composting process and uses cedar chips as well as the BioMix. This system can normally take the place of a typical dumpster or bin, and the byproduct is safe to use for landscaping.

The company recently received the Kitchen Innovations Award from the National Restaurant Association for an ozone recirculation model of the “wet” system. With that system, the need to add any water to the process is completely eliminated. “A typical foodservice operation could expect to save about 400 gallons of water a day using this ozone infusion option,” said EnviroPure Systems Inc. President Jim Slanina in a press release. “At a time when we’re beginning to realize water is not an unlimited resource, we think this will be a welcome innovation.” 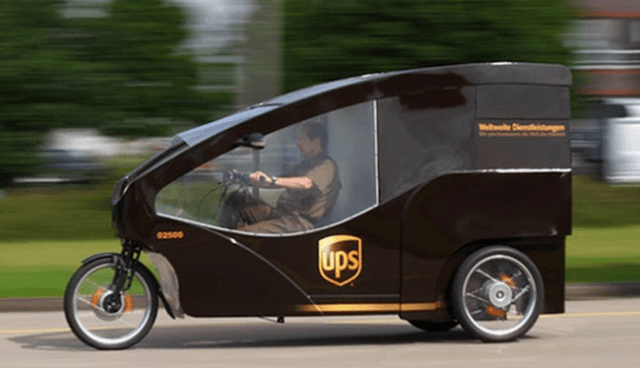 The world’s largest shipping companies have a ton of maintenance fees for the upkeep of their vehicles, as well as the costs of oil and gasoline to keep them running. As an alternative to that, and also to cut through busy and crowded streets, each of the companies have been piloting various new delivery methods. DHL has deployed couriers on bicycles in nine European countries so far, including its most recent pilot in a few German cities. The company replaced 33 trucks with 33 cargo bikes in the Netherlands, which DHL estimates saves them $575,000 annually and reduces carbon dioxide emissions by 152 metric tons per year. The company knew customers were asking for a “cleaner transport alternative” to the gas-guzzling trucks, and the bikes are part of that solution. “Our aim is to utilize bicycle couriers in the next few years anywhere they can improve our customer service and effectiveness,” said Tobias Wider, a member of the DHL Express Germany divisional board.

Cargo bikes are also taking various forms for FedEx and UPS — each of course with the company’s standard logos and color schemes. FedEx began piloting electric tricycles in Paris as early as 2010, and UPS expanded its use of electric Cargo Cruisers since 2012 to now include several European cities, too. And if you’re feeling a little left out in the crowded U.S. city you’re living in, don’t worry — other businesses like Whole Foods and Ikea are also experimenting with delivery via bicycles.

Though you might not care that the restaurants you go to use a system that turns food waste into compost or that your shipping company is doing what it can to cut down on emissions, there are also companies providing you with direct ways to impact the environment yourself. One of those is Nest, the “smart” thermostat system that was acquired by Google in 2014.

According to Nest, half of your energy bill is affected by your thermostat alone. The company estimates that by using a programmable thermostat that automatically adjusts for sleeping, when you’re awake, and other learned routines, the system can decrease your heating and cooling bills by about 20%. In total, that’s an estimated $173 or so.

New partnerships with other companies like SolarCity take this advantage even further, with hopes to tie in ways that a home can rely on alternative energies during peak times (like when the sun is shining) and decrease energy usage during times when the home is using energy from the grid, such as at night. “Being able to consume energy strategically is just as important as being able to produce it,” said Ben Bixby, director of energy products at Nest, in a phone interview with Forbes.