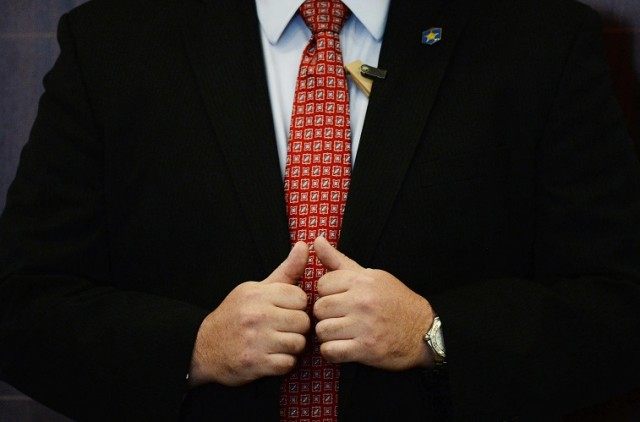 Area 51, Bohemian Grove, the JFK assassination — these are just a few of the many things the mind conjures up when the word “conspiracy” is mentioned. Typically, we associate conspiracies with government black projects or ancient secret societies, clandestine happenings and groups that work outside of the public eye for what many believe are nefarious reasons. Dan Brown books aside, many times what people think and what’s actually happening are two drastically different things.

But there are real conspiracies out there, and probably many of them that have yet to be outed.

While we generally think the government is behind most of these things, big business often has a hand in them as well. The two are often working hand-in-hand. In fact, some of the biggest conspiracies of all time were carried out by private organizations, either trying to protect themselves and their industries, or in an attempt to expand them.

So break out your tinfoil hat and read on to see five of the creepiest business conspiracies you may or may not have heard of. 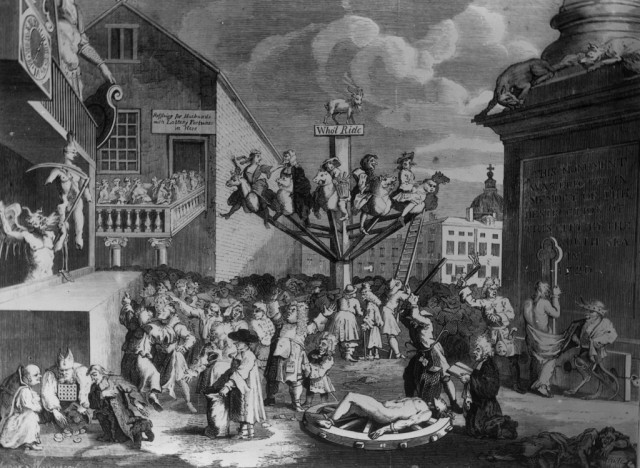 Dating way back to the early-1700s, the South Sea Company, and the events surrounding the “company”, are rather complex. In essence, the South Sea Company was created with both private and public English resources to grant a trade monopoly to South America and help with England’s national debt. The South Sea Company’s stock started to rise to lofty heights, while company officials spread the word of the company’s great successes.

The problem is that it was almost all fabricated. Though there were some voyages, the company basically had done very little in terms of trade, and yet had gone on bragging about it to increase its stock price and make some people rich. Eventually, the wheels fell off, and many people ended up losing everything. Several politicians were also hit with insider trading charges. This is, admittedly, an oversimplification, so read more about the South Sea Company at the Harvard Business School, which has a fairly succinct summary.

At the end of the day, here we are nearly four centuries later and the legacy of the South Sea Company is still with us. 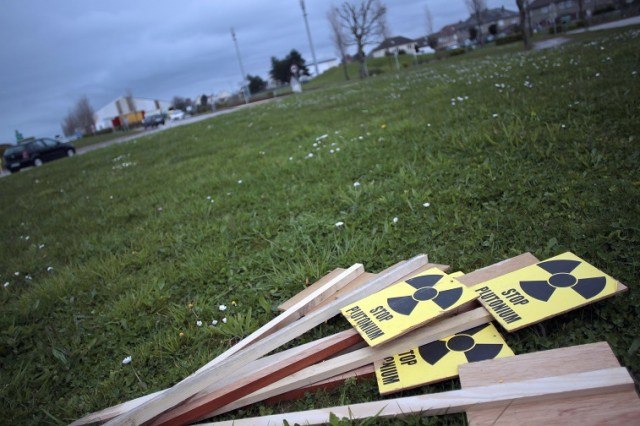 Karen Silkwood was a chemical technician that worked for in a plutonium fuels plant in Oklahoma during the early 1970s. As member of the Oil, Chemical, and Atomic Workers’ Union, Silkwood also had a vested interest in keeping herself and her coworkers safe. This is where she got herself into trouble. According to PBS, Silkwood was reportedly collecting evidence of danger in her workplace — a plant owned and run by a company called Kerr-McGee — when she was repeatedly exposed to plutonium. She was later killed in a car crash under suspicious circumstances.

After her death, Silkwood’s estate sued Kerr-McGee, which was found to be responsible for her death due to inadequate health and safety protocols. What’s truly creepy is that plutonium was also found at Silkwood’s apartment, and there have been allegations that the car crash that killed her was no accident. Though that’s all speculation, it still registers a 10 on the heebie-jeebie scale. After the entire saga, the plutonium plant ended up closing in 1975. 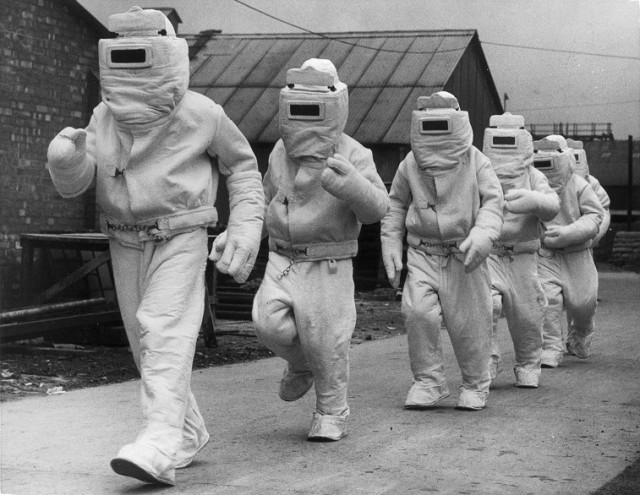 Most of us under a certain age only know of asbestos from late-night commercials for attorneys, telling us to call them if we’ve been exposed. But the history of the material is rather interesting and sickening at the same time. Asbestos is a collection of six silicate minerals, which were often used as a building material many decades ago. The problem was that asbestos was found to be carcinogenic, causing lung cancer and mesothelioma.

That didn’t stop companies from wanting to use it, or having to replace the asbestos they had used previously at a significant cost. A cover-up ensued, with many asbestos manufacturers fighting against damning scientific evidence because, simply put, the material was just too profitable. Tens, perhaps hundreds of thousands of people have gone on to die as a result of the cancers developed from asbestos exposure, all because the companies behind the cover-up put profits before people. 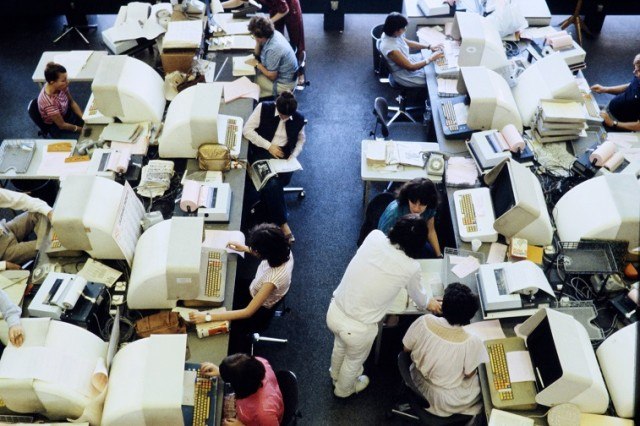 Operation Mockingbird was the result of the cooperation of the U.S. news media and the Central Intelligence Agency. In an effort to create a propaganda network, the CIA recruited and then paid many prominent members of the media to report the stories the government wanted disseminated. This was occurring during the 1950s and 60s, a time in which the Cold War was going from a simmer to a boil, and when lots of clandestine military activity was taking place that the military and defense department would rather not have anyone know about.

By having an active propaganda machine, the CIA was able to basically prepare press releases, hand them over to the media, and have those stories reported as news. The CIA did mention the project as a part of a 693-page release, now available for viewing from The Washington Post. The willingness of the media to be completely subjugated by the government is troubling — but to imagine where we are now in relation to the state of the media is even more worrisome. 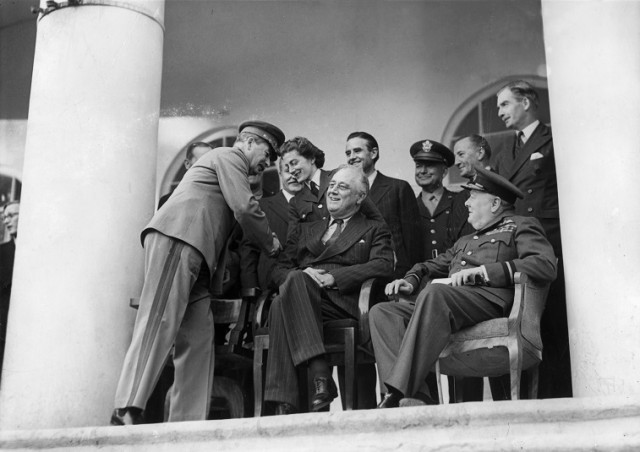 Does a plan involving several big corporations to overthrow the U.S. government and install a fascist plutocracy sound a little far fetched? In modern times, maybe not, but many decades ago, during what we often think of as a more innocent time, it sounds a bit crazy. Nevertheless, it reportedly happened in the 1930s in response to President Franklin D. Roosevelt’s New Deal. Called The Business Plot, or The Wall Street Putsch these days, it was not taken seriously at the time, and didn’t really come to light until 1934 when Marine Corps Major General Smedley Butler admitted to being a part of the plan during testimony before Congress.

Butler, NPR reports, was to lead the coup, which is met with a lot of scrutiny from modern media outlets. The idea that a group of right-wing bankers could seriously overthrow the U.S. government is pretty out there, but given the current state of the government and the post-Citizen’s United world, there is some room to tone down the skepticism.