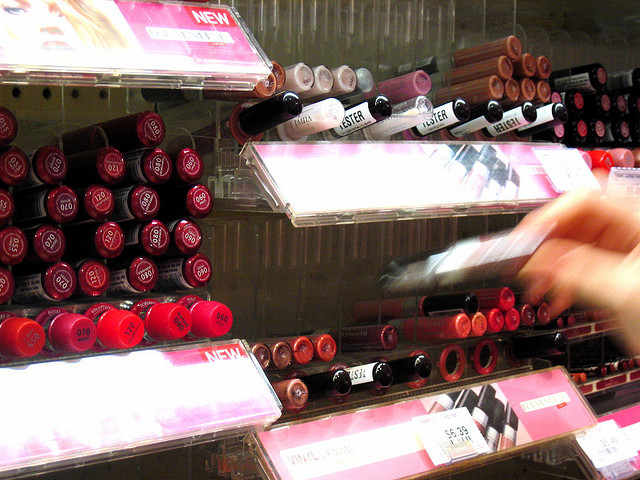 Let’s talk toxic. The food industry generally garners the most attention when it comes to harmful substances, and regulatory proceedings. Recently, the Food and Drug Administration moved toward banning trans fats. But a growing number of people are becoming as concerned about what they are putting on their body, as well as what goes in it.

The regulations and rules that apply to cosmetics create a nebulous marketplace. The FDA’s website states it is a company’s “legal responsibility to ensure the safety of their products. Neither the law nor FDA regulations require specific tests to demonstrate the safety of individual products or ingredients. The law also does not require cosmetic companies to share their safety information with FDA.” Even if the product is dangerous, the FDA cannot order a recall. “Recalls of cosmetics are voluntary actions taken by manufacturers or distributors to remove from the marketplace products that represent a hazard or gross deception.” Manufacturers are also not legally obligated to register products or facilities with the FDA.

“Organic” cosmetics don’t fare well either. The FDA does not have a definition in law for organic, and the term is regulated by the National Organic Program. A product claiming to be “organic” must have 95 percent of its ingredients be organic. For the phrasing “made with organic ingredients” a 70 percent threshold needs to be met. Consumers cannot, and should not, rely on the FDA standards to understand what is really in the brilliantly lit mall counters, and drug-store aisles, or in their bathroom cupboards and handbags. The following are ingredients found in everyday products and the health risks associated with them.

A naturally occurring compound, formaldehyde is ubiquitous in our lives. The Australian Competition and Consumer Commission explains that exposure to formaldehyde at low levels is not a health risk; applying it directly to your skin or hair is another story.  The Commission lists common health effects from cosmetic exposure as: skin sensitivities, breathing difficulties, asthma, sensory irritation, and after chronic, high exposure, cancer. Most cosmetics in Australia can only contain 0.2 percent formaldehyde as a result.

The Occupational Safety and Health Administration, or OSHA, investigated formaldehyde in salons in 2010, discovering that products marketed as formaldehyde-free contained the substance, exposing workers to levels that adversely affected their lives. The exposure was due to a Brazilian Blowout product. OSHA’s warning about the product included one stylist’s health issues, which included difficulty breathing, eye irritation, and nosebleeds while using a product later discovered to have formaldehyde in it.

The Campaign for Safe Cosmetics says that formaldehyde is listed as an ingredient itself, or as formaldehyde-releasing preservatives. If a product uses: quaternium-15, DMDM hydantoin, imidazolidinyl urea, diazolidinyl urea, sodium hydroxymethylglycinate, 2-bromo-2-nitropropane-1,3-diol (bromopol), it is using a form of formaldehyde. The group also says salon-based do not have to follow the same labeling laws, so it is best to not purchase them, as you do not know what you will be buying.

Johnson & Johnson has pledged to remove formaldehyde from its products. The substance was even found to exist in baby shampoo. The company changed policies, and increased transparency, after mounting consumer pressure. L’Oreal and Revelon have yet to follow suit. 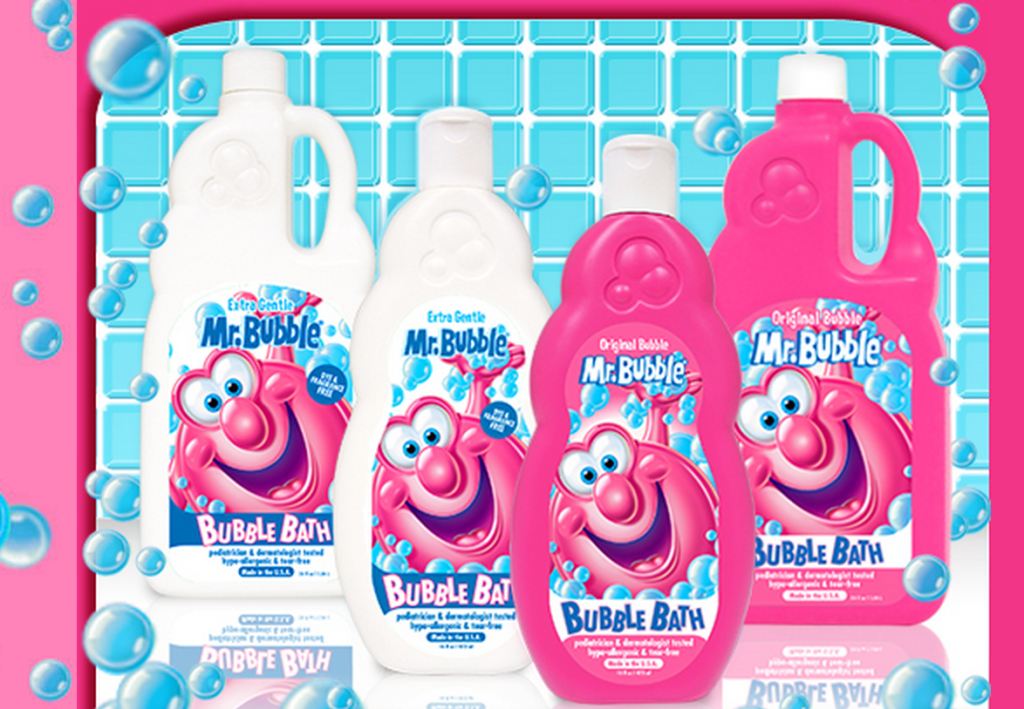 Canada relates the health risks associated to 1,4 Dioxane in a comprehensive, easy manner. The risk posed depends on the length of exposure and amount you are exposed to. Canadian regulators, like many in the U.S., are not concerned with current levels of exposure. In Canada, there is concern that the level of exposure may grow over time, and they are taking steps to curb the risk. This includes placing 1,4 Dioxane on a list of chemicals to ban from being used in cosmetics.

The chemical has been on California’s list of chemicals known to cause cancer since 1988. The Environmental Protection Agency classifies it as a probable human carcinogen. The Agency for Toxic Substances and Disease Registry says that high levels of dermal ingestion can result in kidney, and liver damage. The Agency says exposure can occur when bathing, or from the use of certain detergents and cosmetics. It says studies have not shown if 1,4 Dioxane causes cancer in humans, but levels may occur in products at rates beyond the federally recommended limits.

On products, 1,4 Dioxane can appear when Sodium laureth sulfate is listed. It can be also be a byproduct of PEG, polyethylene, polyethylene glycol, and polyethoxyethylen-eth or -oxynol. It is another chemical that Johnson & Johnson has promised to discontinue using in products after backlash.

“Organic” marketers and brands felt the bite of consumer pressure concerning 1,4 Dioxane in 2008. The watchdog group, the Organic Consumers Association, analyzed leading “organic” and “natural” brands and found 1,4 Dioxane was present in 46 out of 100 products.

The chemical did not appear directly in the products, but was the byproduct of a process where  Ethylene Oxide is used. In a separate article, dealing with Whole Foods, it said that several companies had since signed on to eliminate 1,4 Dioxane from products.

The Centers for Disease Control provides an over of phthalates. They are chemicals that make plastics more flexible and are used in everything from vinyl flooring to hair spray. The health dangers are unknown, but animal studies show an effect on reproductive systems after exposure. The American College of Obstetricians and Gynecologists released a host of information about toxins, where they are found, and what health concerns they have been linked to. ”Robust scientific evidence has emerged over the past 15 years, demonstrating that preconception and prenatal exposure to toxic environmental agents can have a profound and lasting effect on reproductive health across the life course,” the report stated.

For phthalates, it listed reduced masculine play in boys, reduced anogential distance, shortened gestational age, and impaired neurodevelopment in girls. Breast Cancer Action echoed this sentiment in a warning about phthalates. The reproductive defects, the group says, are well known, but phthalates are often not listed on products. It adds that phthalates mimic hormones, and this is a concern because it may lead to breast cancer.

Elizabeth Sword, executive director of the nonprofit Children’s Health Environmental Coalition, told Environmental Health Perspectives in 2005 that, “There is sufficient evidence to pique my concern, not only as a parent but as the executive director of this organization, to circulate this information directly to parents in a way that they can then make the healthiest decisions.” Dibutyl phthalate is in: Avon Speed Dry Nail Enamel; Sally Hansen Teflon Tuff Nails, Sheer French Pink; and perfumes like: Dolce & Gabbana Light Blue; Victoria’s Secret Dream Angels Heavenly; and Coco Mademoiselle Chanel. 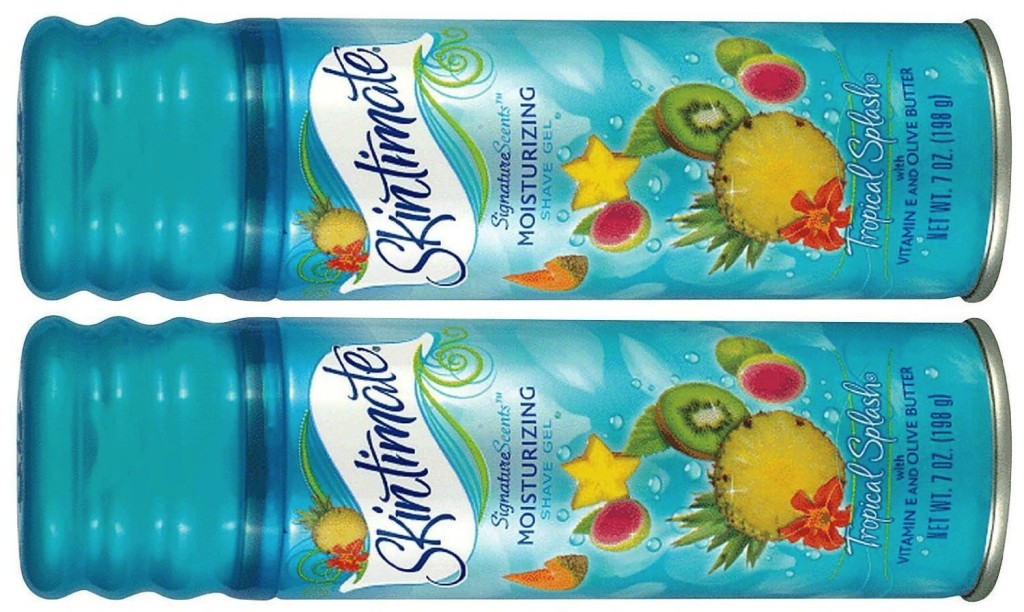 In the U.S. BHA, butylated hydroxyanisole, is “reasonably anticipated to be a human carcinogen.” The Report on Carcinogens, Twelfth Edition said in animal testing, malignant, and benign tumors developed in the stomach after dietary exposure to BHA. It can be found in lipstick and eyeshadow. BHA has been recognized as known to cause cancer by California since 1990.

The EU and Denmark list BHA as a “Human endocrine disruptor,” a term the National Institute of Environmental Health Sciences explains. “Endocrine disruptors are chemicals that may interfere with the body’s endocrine system and produce adverse developmental, reproductive, neurological, and immune effects in both humans and wildlife.”

The EU classifies it in Category 1. To fall into this category, there must be a study documenting endocrine activity related to the substance. DDT is another substance classified in Category 1 by the EU. It is not allowed to be used in fragrances. Products with BHA are listed: Revlon ColorStay LipSHINE Lipcolor Plus Gloss, Blast; Revlon Vitamin C Absolutes, Daily Radiance Cream, SPF 15; Revlon Age Defying Oil Free Makeup/Concealer Compact SPF 20, Natural Beige; Skintimate Signature Scents, Moisturizing Shave Gel, Tropical Splash; and Ultima II Nourishing Stick Blush, Rosewood. 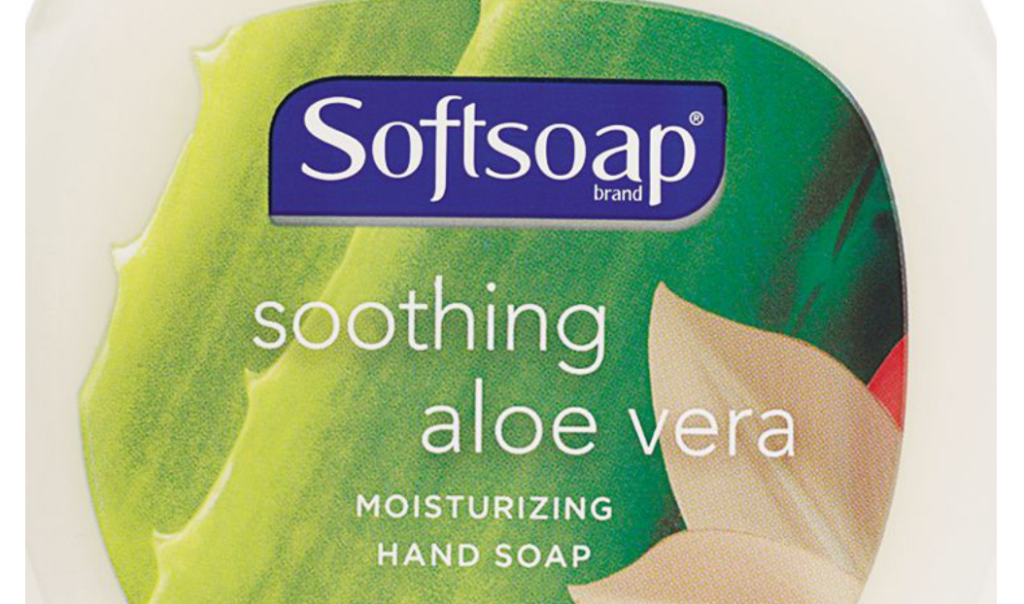 The EPA’s Hazard Summary says that DEA is an ingredient in soaps, shampoos, cosmetics, and pharmaceuticals. There is no information about the long-term affect on humans, according to the EPA, but in animals effects on the liver, kidney, blood, and central nervous system have been recorded. Short-term human effects from exposure include irritation of the nose and throat. Irritation of the skin may occur after dermal exposure. The EPA does not report a cancer risk, and does not classify DEA as a carcinogen.

The FDA reports a National Toxicology Program study in found an association between DEA, or DEA-related ingredients and cancer in laboratory animals. The cancer in the animals may be linked to residual DEA. In products, the FDA says the levels of DEA are below what was used in the study. On June 22, DEA was added to California’s cancer causing substance list.

This is only a the tip of a very controversial iceberg, unfortunately. In many cases, it is an emerging health concern, meaning that there is insufficient data to back claims, even in countries that are stricter on what can, and cannot be included in products. Earlier this year, the EU said parabens were free to be used in cosmetics, not because the data pointed to their “harmlessness” but because the data couldn’t prove a definitive link.

Two apps for smartphones have also been developed to help consumers navigate the shopping aisles. Think Dirty and Skin Deep scan barcodes on products to generate an ingredient list and warn you about any toxic chemicals present, where the chemical has been banned, and why.

Each also has a web presence. Skin Deep is an initiative by the Environmental Working Group, which also publishes articles and updates. Think Dirty’s website has a blog, with information about the industry, and efforts as well. You can also search the Households Product Database on a U.S. Health and Human Services website by ingredient to see if it is in a particular product.

Don’t Miss: Travel Cheat Sheet: 10 Tips to Get to Your Gate Faster.