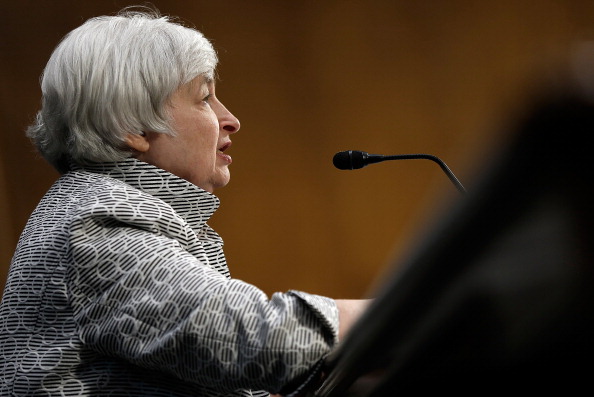 Janet Yellen, Chair of the Federal Reserve, faced two days of testimony from lawmakers on Capitol Hill on Tuesday and Wednesday to discuss monetary policy and economic issues. This is a semiannual occurrence for the Federal Reserve chief, who heads before a panel to answer questions related to the recent release of the Fed’s Monetary Policy Report, which was made available on Tuesday. The 60-page report details recent trends and provides insight into several key economic factors impacting the country as a whole.

Yellen last took the stand in February when she presented Congress with numbers that included a 6.7 percent unemployment rate, and annual inflation of 1.2 percent. This time, she will be able to report some success in raising employment numbers, but also that there was an uptick in inflation by the tune of 0.6 percent. While the economy is certainly on more solid footing than it was towards the beginning of the year, there is still quite a bit of work to do.

Another area of concern was contraction in the country’s GDP during the first-quarter of 2014. In the report, Yellen does acknowledge that, and points to a stronger second-quarter in calming fears. That wasn’t the only area of concern, as student debt and the troubled housing market are also addressed. The report’s summary takes everything into account, leaving off that there is still considerable “slack” left on the economic playing field.

“The overall condition of the labor market continued to improve during the first half of 2014. Gains in payroll employment picked up to an average monthly pace of about 230,000, and the unemployment rate fell to 6.1 percent in June, nearly 4 percentage points below its peak in 2009. Notwithstanding those improvements, a broad array of labor market indicators — such as labor force participation, hiring and quit rates, and the number of people working part time for economic reasons — generally suggests that significant remains in the labor market,” the report says.

When facing legislators over the past couple of days, Yellen also had a lot of explaining to do regarding the Fed’s plans for the future, and the major areas of concern addressed in the report. Read on to see six of the most important questions Yellen faced and how she responded to them.

The idea of too-big-to-fail institutions is one that many Americans abhor, but there is a reason that they are identified as such. In fact, getting rid of those institutions, many of which were key players in the financial crisis, wouldn’t make the financial system safer at all, according to Yellen’s testimony.

“We shouldn’t lull ourselves into thinking that if we think of ways to diminish those institutions that systemic risk is not a real phenomenon,” she said, also pointing out that the Great Depression was caused by a large number of smaller banks, rather than a small number of large ones.

Yellen is on board with putting measures into place to try and stop another financial catastrophe, including raising the amount of capital banks much hold on to. “There will be much lower odds that a so-called systemic firm will fail, and should that occur we’ll have better tools to deal with it,” she said.

That wasn’t enough for Senator Elizabeth Warren, who grilled Yellen on the subject. While Yellen didn’t give direct answers, as The Huffington Post reports, she reiterated that there were plans in the works to avoid another colossal systemic meltdown. “I think what we need to do is give them a road map for where we see obstacles,” she said. 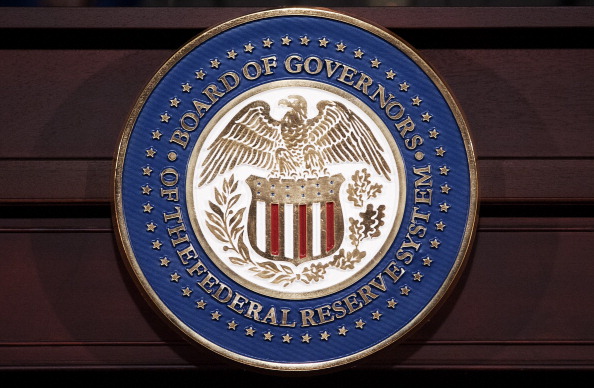 A pretty straightforward question — and one that hardly ever gets a clear answer — is whether or not economic growth is stunted due to fiscal policy. Of course, fiscal policy in itself is a nebulous term used to describe a number of things, and can easily be blamed or praised when convenient. But Yellen did have a little bit to say on the matter.

“Fiscal policy for a number of years has been a drag on growth. We can translate that into a factor that has necessitated lower-than-normal interest rates to get the economy moving back on track,” she said.

It’s also mentioned in the Fed’s report, which credit’s the decay of fiscal policy drag on the economy to a brighter outlook. “Expansion in economic activity continues to be supported by ongoing job gains, a waning drag from fiscal policy, and accommodative financial conditions,” the report says.

There was a few tense moments regarding a bill being pushed by Republicans that forces the Federal Reserve to put certain rules into place when guiding interest rate decisions. Yellen was combative, stating that the Fed needs flexibility when it comes to those issues. “It would be a grave mistake for the Fed to commit to conduct monetary policy according to a mathematical rule,” she said.

As for whether or not Republican lawmakers will listen, it’s up in the air. 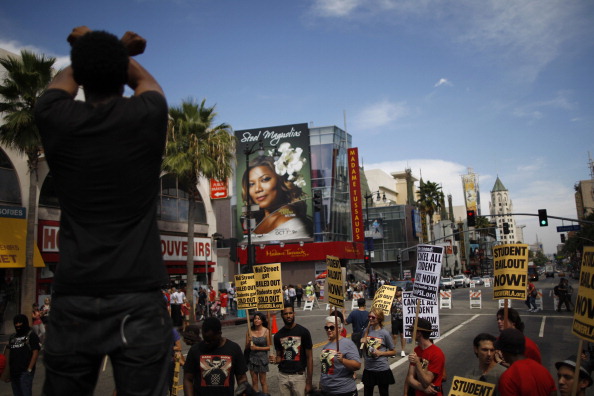 3. What About Student Debt?

One area of major concern to a lot of people, especially the millennial demographic, is student loan debt. The debate has been raging for many years now about the cost of education, and many students are, quite simply, becoming priced out of going to college. There has also been a lot of talk regarding whether or not going to get a degree is even worth it any more, considering the enormous amount of debt usually required to attend a four-year university.

Like many other things, Yellen acknowledges that it’s an area of concern, but isn’t quite sure what to do about it. Interestingly, she doesn’t seem awfully sympathetic to students on the matter.

She said students “may not fully understand the burdens that they are assuming,” which is true in a lot of cases. One more quip was that students “may not always be accurately evaluating what the payoffs are to the training they’re taking on.”

While what Yellen said is true, it still doesn’t help with the issue. Slapping students with a mortgage-worth load of debt while they’re just beginning their adult lives isn’t going to help anyone in the long run, and it’s something that needs to be dealt with. If the Fed isn’t able to come to a solution in the near future and simply ‘kick the can down the road,’ it will probably do more harm than anything. 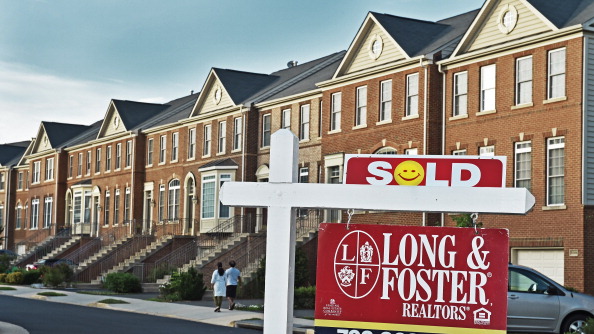 4. Why Is the Housing Market Still So Bleak?

While many areas of the economy have seen robust growth and ahead-of-schedule improvement, the housing market is not one of them. In the Fed’s report, there are a few reasons spelled out as to what may be the cause. Specifically, the report singles out a lack of available credit, the slow recovery of the labor market, and the rapid recovery of home prices relative to new construction. It’s also pointed out that from the fourth-quarter of 2011 until the second-quarter of 2013, residential investment grew 15 percent annually.

Yellen acknowledged the slow growth during her testimony, saying “the housing sector … has shown little recent progress.” The Fed is obviously still concerned about the housing market, and will continue to monitor its progress relative to other economic indicators. It’s reasonable to suspect that things will improve as all other areas get a boost, but so far it’s been an area of disappointment. 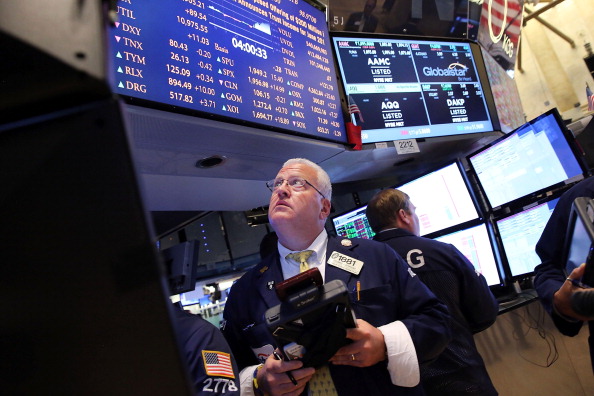 5. Are Interest Rates on the Way Up?

It was one question everyone wanted to know: does the Fed have plans to bump up interest rates as the economy continues to improve? Yellen did give some insight, although as The Wall Street Journal puts it, she’s still hedging her bet. She did mention that rates could come up sooner than expected due to unexpected improvement in employment numbers and other areas.

“If the labor market continues to improve more quickly than anticipated by the Fed, then increases in the federal-funds rate target likely would occur sooner and be more rapid than currently envisioned,” she said.

While the Fed has held rates very low since 2008, the rebounding economy calls for action. So, while Yellen didn’t promise any action on her part, she didn’t completely close the door on it either. If indicators continue to improve, a rate hike should be expected.