5 of the Worst Business Ideas That Were Bound to Fail

At any moment, inspiration can strike. Sometimes, a bolt of genius comes down from on-high, leading to the next great technological innovation or scientific breakthrough. Other times, we end up with an idea that doesn’t ever manage to take off — in fact, it probably doesn’t even make it onto the runway.

But from somewhat loony ideas, incredible concepts are formed. Ever wonder how some of your favorite devices ever came to be? Likely through a series of prototypes, trial and error, and half-baked ideas. If you were to look at some of the early models of things like the iPad or smartphones, you’d probably think there’s no way they could ever work. But alas, here we are today.

In fact, the world is full of bad ideas, many of which have been taken and actually commoditized, or turned into businesses. They’re all around us, and we probably haven’t even realized that many of them are actually bad. We can look to the past for a few examples.

We’re not talking about a ‘Jump to Conclusions Mat’ — which has different “conclusions,” that you can “jump to.”

No, these are real-life ideas that people attempted to build a business behind. Some actually saw success, which says even more about their creator’s business talent.

Without further ado, here are five of the worst business ideas you will ever see. 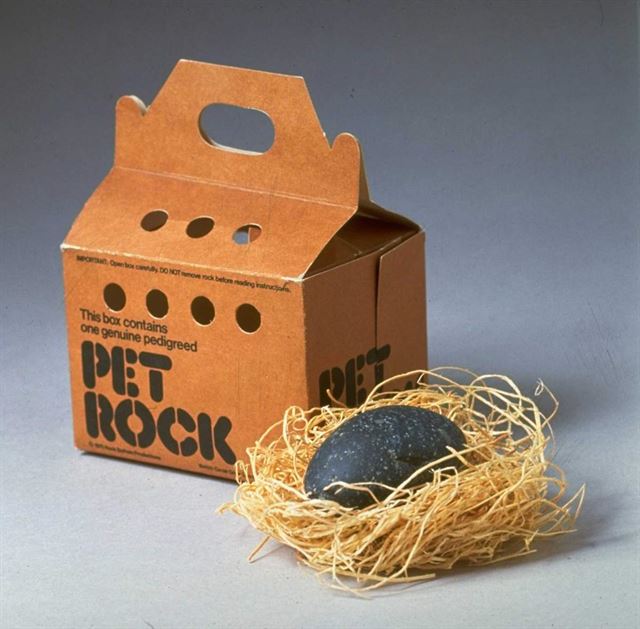 Why would anyone want one? That’s one of the greatest questions that will probably go unanswered forever. But despite the clear lack of appeal or usefulness, the Pet Rock was actually a commercial success. Product inventor Gary Dahl, who died in March of this year, devised the marketing ploy way back in 1975 by selling normal rocks inside cartons for a bargain price of $3.95. It was a hit in the 70s, and replicas and original pet rocks are sold on eBay today.

These days, you can even get a USB-powered version. You know, if you feel the need to have one around.

On an episode of ABC’s Shark Tank, one woman (seen above) came up with the concept for and ultimately pitched one of the most useless products imaginable: a sticky note holder. The product is exactly what it sounds like — a place to put your sticky notes. Evidently, there is a subset of the population that has a problem finding room for their sticky notes on their monitor, and this product set out to free them of that burden.

Dubbed Attach Noted, the product has expanded into Flip-n-notes, which effectively extends your computer’s monitor to give more space for sticky notes. While the idea isn’t all that terrible, and there surely are some people who feel overwhelmed by sticky notes, the sticky note holder just doesn’t seem to be the greatest business concept.

Before your smartphone had a scanner app, the CueCat was the product you needed to pull information out of barcodes. Shaped like a cat for some reason, the CueCat was used to scan barcodes that, when plugged into your computer (see above), can take you to related websites for information. While the concept isn’t the worst ever, the CueCat was a bit ahead of its time. It was tethered to computers and because of weak encryption, its security measures were easily defeated.

Another way it was ahead of its time were the concerns from consumers about the device’s ability to gather and transmit user data. Had the CueCat come along a little bit later (and not been shaped like a cat), it may have been more successful. 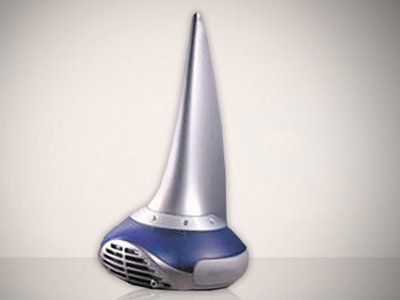 How could a product called ‘iSmell’ not be a great idea?

iSmell was a different device — and by different, we mean way out of left field — that really had little reason for existing, let alone prospering in the market. The iSmell product consisted of a small, shark-fin-shaped…thing, that produced odors when plugged into a computer. The device had an index of artificial smells, which it could create and then emit when triggered by a user after clicking on certain things online.

So, in some ways, it’s kind of like an air freshener. Oakland-based company (now defunct) DigiScents outfitted the iSmell with a scent cartridge containing 128 base-smells, which the device could combine to create the perfect scent. As you may have guessed the iSmell, as a product, stunk, and was a complete failure.

No, this idea doesn’t involve Kevin Bacon gently coaxing you from a deep slumber. It’s a bit more blunt than that. This idea was to create an alarm clock that literally cooks bacon. Sound familiar? Michael Scott once had a similar idea:

On the surface, it’s a bulletproof idea. In reality? Not so much. And the device’s inventor actually took the idea to Shark Tank to see if anyone would bite. Unfortunately, a lack of foresight and solid strategy doomed the bacon alarm clock in the eyes of the Sharks. But that doesn’t mean we won’t see the idea resurrected some day. “Rise and swine!”