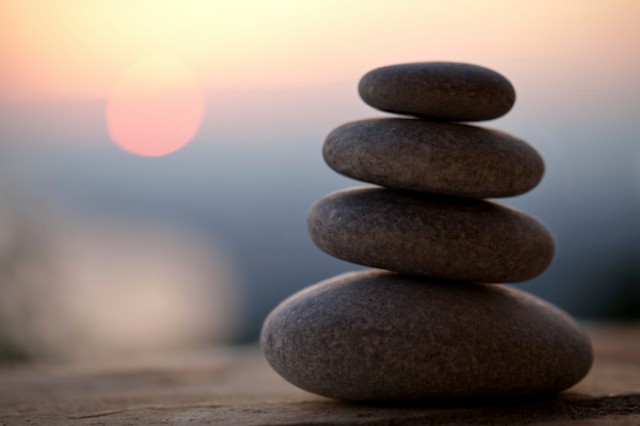 In order to shut down a pyramid scheme, a government body, whether it’s the FBI, Securities and Exchange Commission, or Federal Trade Commission must distinguish the operation from a legal multi-level marketing company. According to the FTC, pyramid schemes “promise consumers or investors large profits based primarily on recruiting others to join their program, not based on profits from any real investment or real sale of goods to the public.” But there is a lot of gray area in identifying pyramid schemes, as the FTC lacks standards to determine whether product sales are actually meaningful to the business, as opposed to a disguise for a company whose revenue is largely based on recruitment.

Previously, we looked at five companies accused of being pyramid schemes. Now we turn to the pyramid schemes officially deemed illegal and closed down by the U.S. government, a feat that can take many years. Peter Vander Nat, a senior economist for the FTC who helped shut down 15 pyramid schemes, called the process “so long that the deterrent effect is insufficient.”

A clear federal rule is needed, according to Vander Nat, to establish the circumstances under which a multi-level marketing company becomes a pyramid scheme. Bill Keep, a professor who has testified as an expert witness on pyramid scheme cases, collaborated with Vander Nat on an extensive economic study on the subject in 2014.

“From a policy perspective, in terms of sending clear signals to the industry, the FTC has done worse than nothing since 1979,” Keep told Bloomberg. “It sends confusing signals that have in no way helped us understand how to identify a multilevel marketing company that may be a pyramid scheme.”

The government’s press releases for many of its cases against illegal pyramid schemes cite false claims of financial opportunity, deceptive tactics, a lack of revenue based on actual product sales, and the overwhelming majority of consumers losing money as a result of their involvement. While the details can be foggy, it is clear in these cases that consumers were exploited. The following list is by no means complete, but here are five notable pyramid schemes that were successfully shut down.

Founded in 2001, FHTM used multi-level marketing to sell a variety of consumer goods including Dish Network packages, mobile phone plans, shampoos, nutritional supplements, and residential gas and electricity contracts. The FTC halted the company’s practices and froze its assets in January 2013, alleging a pyramid scheme. Stocks in other MLMs, like Herbalife and Nu Skin, fell shortly after the announcement.

It wasn’t until May 2014 that a settlement was reached banning the defendants from multi-level marketing. The judgment was for $169 million, but the company was required to surrender only $7.75 million based on the company’s financial condition. FHTM enrolled more than 350,000 consumers in the four years leading up to the settlement. More than 98% of participants lost more money than they made, and more than 81% of payments to participants were based on recruitment, not product sales.

In 2007, the FTC accused BurnLounge, a celebrity-endorsed digital music retailer, of operating a pyramid scheme. The FTC settled with one of the company’s operators for $20,000 the following year, but it took the commission seven years to close the scheme. In 2014, an appeals court affirmed a 2012 ruling ordering the defendants to pay $16.2 million. As many as 56,000 salespeople were affected by the scam, and 94% of them lost money.

Vander Nat says the BurnLounge case is a very important one because it indicated the court was looking for consumer demand for merchandise, and instead it found that rewards for recruitment discouraged sellers from actually selling the product. According to the FTC’s press release, “The appeals court found that the legal test of a pyramid scheme does not require that the rewards be ‘completely’ unrelated to the sale of products.”

GIN, a company that promised its members access to a network of wealthy and powerful financial experts, was created by the infamous Kevin Trudeau. Trudeau has a long history of trouble with the FTC, largely because of his misleading infomercials. When he was ordered to pay $37 million as a result of false health and diet claims made in one of his books, he created GIN, allegedly to make it easier to hide his assets. According to a CNBC investigation, GIN was essentially a $110 million pyramid scheme with more than 35,000 members. Trudeau is now in prison serving a 10-year sentence and the FTC’s Jonathan Cohen told CNBC, “It’s likely a significant portion of the assets remain stashed overseas in corporations or trusts that Kevin Trudeau controls.”

The Verge reported that the GIN case could be a sign of more clarity in how the FTC handles pyramid schemes. A 2013 filing cited “perpetual recruitment” that “dooms the vast majority of the participants (well above 90%) to financial losses by the very design of the compensation plan.”

Trek Alliance was born out of the demise of another illegal pyramid scheme called Equinox International. Equinox ran from 1991 to 2000, when the company agreed to liquidate assets of $40 million to settle charges by the FTC. In late 2002, the FTC charged that Trek Alliance was a pyramid scheme patterned after Equinox, which had many of the same investors, headed by Bill Gouldd.

A settlement in December 2005 finally banned the defendants from engaging in multi-level marketing and required $1.5 million in consumer redress. Distributors at the company ran deceptive job ads promising salaried positions to lure in new recruits. The FTC claimed the vast majority of consumers made less money than they put in, and compensation was not linked to retail sales.

Starting in 2012, TelexFree claimed to sell its VoIP service by recruiting promoters to market the product online. But TelexFree was shut down in Brazil in June 2013 amid allegations of operating a $1 billion international pyramid scheme with 1.9 million participants. The business continued in suburban Boston, where the company was headquartered, until April 2014 when the SEC filed a complaint. U.S. criminal proceedings have been repeatedly delayed because of the company filing for bankruptcy and other complexities in the case. The bankruptcy trustee involved in the case said TelexFree brought in the bulk of its $1 billion in revenue after operations were already shut down in Brazil.

According to an FBI statement, as a TelexFree promoter, posting the online ads amounted to cutting and pasting ads into various classified ad sites that were already saturated with ads from other promoters. Allegedly, less than 1% of the company’s enormous revenue came from sales of its VoIP service.