Prenups aren’t just for the celebrities and the mega-rich anymore. An increasing number of engaged couples are visiting lawyers before they head to the altar to craft agreements about who gets what in case the marriage doesn’t work out. While there’s no hard data on the number of couples who get prenups, more than 60% of divorce lawyers surveyed by the American Academy of Matrimonial Lawyers (AAML) in 2013 reported seeing an increase in the number of these contracts over the previous three years.

While celebrity prenups that stipulate big payouts if one half of the couple gets caught cheating or gains weight receives a lot of attention, most prenups are far more pedestrian. Rather than being a way to punish a misbehaving partner, they’re used to clarify what will happen to a couple’s assets in the event of a divorce or the death of one spouse. Those infamous “lifestyle clauses,” like rules about how children will be raised or who is responsible for certain chores, are actually a no-no, says some lawyers, since such agreements can be hard to enforce in court.

Instead, a prenup may stipulate how much alimony an ex-spouse will receive or who will get the house, or even the pets, if the marriage turns sour. Couples may also use them to clarify what children from a previous marriage are entitled to in terms of financial assets, or that one person won’t be responsible for debt the other brought into the marriage.

Sound distinctly unromantic? Some people think so. But experts say that it makes sense for each half of a couple to take steps to protect themselves and to avoid heartache and conflict later, especially in the case of remarriages or when an individual has significant assets. 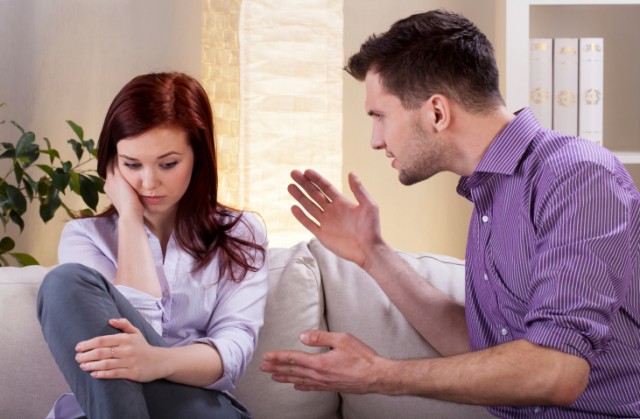 “The reality is that many marriages end in divorce, and of those that don’t, 100% end in death. In either case, there are assets to be distributed … an agreement can save a lot of heartache and money,” explained attorney Cheryl Young in the Wall Street Journal.

A prenup isn’t right for every soon-to-be bride and groom. Some people have finances that aren’t complicated enough to require one. Others object to them on principle, believing they set a negative tone for the marriage to come. But for some, they’re a necessary layer of protection and a way to ensure that both parties are entering the marriage with a clear understanding of the financial issues involved.

If any of the following five situations apply to your situation, you and your future spouse might want to meet with an attorney to discuss a prenup.

1. You own a business

Business owners may want a prenup that protects their company’s assets or that states that their spouse isn’t entitled to any increase in the value of the business that occurs during the marriage. Or, they might hammer out an agreement that says that an ex would not get a share of the business in a divorce but would get other assets instead.

Prenups may also be used to protect intellectual property rights. A songwriter, for example, might want a prenup that states that all music he writes remains his property, no matter what happens in the marriage, or an inventor might want to protect a patent she owns.

2. You have a specific asset you want to protect

Prenups aren’t unusual among people who’ve received (or expect to receive) a big inheritance and want to protect that money in the event of a divorce. But a prenuptial agreement can be used to ensure that other types of assets, such as family heirlooms, artwork, or collectibles, remain yours if the marriage ends.

“It can be one discrete asset that you want to protect; it doesn’t have to be worth an enormous amount in dollars,” Maria Cognetti, the president of the AAML, explained to InvestmentNews.

3. You have children from a previous relationship

You can use your will and other estate planning documents to ensure that your children from a previous relationship aren’t disinherited when you die. But a prenup may provide an additional layer of protection and help avoid confusion about which assets go to a spouse and which go to the children.

4. Your future spouse has a lot of debt

The average amount of student loan debt for graduating seniors is now $28,400, according to the Institute for College Access and Success. People with credit cards have average balances of $5,327, according to TransUnion. If you or your future spouse are bringing debt to the marriage, a prenup agreement makes it clear that each person is responsible for what they borrowed.

5. You plan to give something up for your partner

Prenups aren’t just used to safeguard the assets of wealthy partner from a “gold-digging” spouse. They can also help protect the interests of a husband or wife who gives up a job for their family or who makes financial sacrifices for the other person.

Say you plan to quit working and stay home after you and your partner have kids. Or perhaps you’ve agreed to support your spouse while they attend law school. A prenup can protect the person who puts a career on hold or pays for a spouse’s education by guaranteeing that they’ll receive alimony or other financial compensation if the marriage ends. “[A] prenup can ensure that they are made financially whole in the event of a breakup,” estate planning attorney Ann-Margaret Carrozza told LearnVest.