5 Predictions About the Economy for 2015 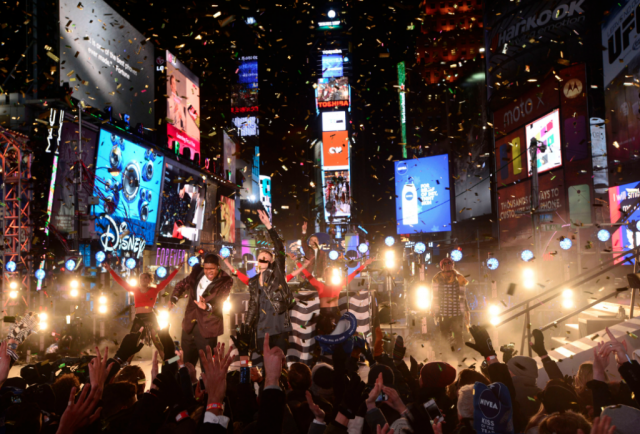 People are bad at making accurate predictions. Alan Greenspan, former chairman of the Federal Reserve, once said, “We really can’t forecast all that well, and yet we pretend that we can, but we really can’t.” Perhaps we enjoy predictions because they help provide a sense of control over the future. However, the typical predictions we see in headlines, especially toward the end of the year, are often wrong since nobody truly knows what tomorrow will bring.

Instead of making extreme predictions to invoke interest, we should examine current trends to make somewhat educated guesses about the upcoming year. Let’s take a look at five reasonable predictions about the economy and financial markets.

Investors are still discovering innovating ways to enhance portfolios with technology. Exchange-traded funds (ETFs) began trading in 1993 and have since emerged as a trillion-dollar industry. In 2014, the ETF industry reached $2 trillion assets for the first time as more investors decide to receive market exposure through these relatively new financial products.

ETFs are funds that trade on exchanges and hold various assets, such as stocks, bonds, or commodities. Some ETFs track broad indices, while others track specific sectors. They have gained popularity in recent years with their low fees and simplicity. It took the ETF industry 18 years to reach $1 trillion in assets, but only another four years to reach $2 trillion. There’s no reason to believe that this trend toward minimal cost investments will end in 2015. In fact, technology continues to bring products to the market that enable investors to customize their portfolios for a low fee.

Motif Investing is a new company that allows you to create a basket — called a motif– of up to 30 stocks for a total commission of $9.95. A motif allows you to invest in an idea or underlying theme, with as little as $250. Meanwhile, the Motif Explorer app keeps you updated on ideas and performance. In 2013, the company won “Best of Show” at FinovateFall, an exclusive event that showcases cutting-edge financial technology.

The deleveraging of yesteryear will likely keep falling down the memory hole. In the third quarter of 2014, outstanding household debt increased $78 billion from the previous quarter, according to the latest report from the Federal Reserve. Total household debt, which includes mortgages, student loans, credit cards, and auto loans, reached $11.71 trillion at the end of September, up from $11.28 trillion a year earlier and the highest level since 2011. With the exception of home equity lines of credit, every component of household debt is trending up.

Household debt has now increased in four of the past five quarters. “Outstanding household debt, led by increases in auto loans, student loans, and credit card balances, has steadily trended upward in recent quarters,”said Wilbert van der Klaauw, senior vice president and economist at the New York Fed, in a press release. “In light of these data, it appears that the deleveraging period has come to an end and households are borrowing more.”

Total household debt remains 7.6% below its peak of $12.68 trillion made in the third quarter of 2008, but student debt continues to make new record highs each quarter. Student debt has increased about $100 billion in only one year. Overall, about 40 million Americans are walking around with some form of student debt.

According to the textbook definition, the Great Recession technically ended in the summer of 2009, when gross domestic product rebounded from the trough and started to expand. Yet millions of Americans with stagnant wages feel like the economic recovery never occurred.

This gap does not appear ready to close anytime soon. The Labor Department recently reported that wages only rose 2.1% year-over-year in November. However, as the sluggish labor market slowly improves, the economy should experience stronger wage growth. A recent survey from NFIB reveals that 22% of small businesses reported raising compensation in December, and a seasonally adjusted net 15% plan to raise compensation in the coming months.

The housing market was one of the strongest pillars of the economy in the wake of the financial crisis. Built largely by low interest rates and inventory levels, the rebound delivered impressive price gains on a regular basis. These moves were unsustainable and received a much-needed dose of reality in 2014. The S&P/Case-Shiller composite index of 20 metropolitan areas posted some of its slowest price gains in years. Existing home sales reached a six-month low in November, while new home sales fell for the second consecutive month.

In the latest reading from S&P/Case-Shiller, the index of 20 metropolitan areas posted a year-over-year price gain of 4.5% in October, down from 4.8% in the prior month. That is the smallest gain in two years. However, the continuing stabilization of home prices in 2015 will likely help home sales rebound off their recent lows.

Although millions of first-time homebuyers may stay out of the market for years to come, Zillow predicts that 2015 will be a breakout year. The firm estimates that the millennial generation will overtake Generation X as the biggest group of home buyers in the United States. Cities such as Pittsburgh, Hartford, Chicago, Las Vegas, and Atlanta are expected to lead the way.

Investors should take predictions about the stock market with a grain of salt. In any given year, stocks can go up, down, or sideways. Instead of focusing on short-term fluctuations and annual targets for the S&P 500 from your favorite hedge fund manager, long-term investors should heed probabilities. Since World War II, the average annual gain on stocks is 7% to 9%. As long as the U.S. economy avoids a recession in 2015, probabilities favor stocks.

Since 1950, in years during which the U.S. economy does not enter recession, the odds of a positive year for the S&P 500 were 82%, according to research from LPL Financial. Of course, it can be dangerous to use historic results to forecast the future, but since we don’t have information from the future, past results will have to do for now.