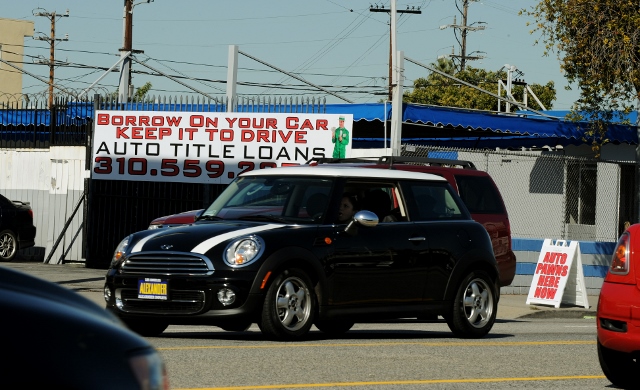 “Unlock the cash in your car!” “Get cash fast!” “No credit check needed!” The ads for auto title loans make borrowing against your car sound like a foolproof solution to your financial problems.

Not so fast. Auto title loans are actually a risky, expensive form of lending. Not only are interest rates sky high, but people who can’t repay their debt may have their car repossessed. Yet those negatives haven’t stopped the auto title loan industry from thriving, particularly by targeting consumers who live on the financial edge.

Here’s how a title loan works: A lender takes your car’s title as collateral for a short-term loan. Qualifying is usually easy – you just need to own the car outright. There are no credit or income checks and you may be able to get money in a matter of minutes. After a brief period (usually 30 days), the full amount borrowed must be repaid, plus any fees. If you can’t make the payment, the lender either takes the vehicle or offers you the chance to renew the loan, for an additional fee.

Not surprisingly, title loans tend to ensnare the most vulnerable consumers – those who can’t borrow money through more traditional sources. Ads may not clearly disclose interest rates or play up incentives that make the loans seem cheaper than they really are, according to the Center for Responsible Lending.

Given how aggressively they are marketed, title loan companies may also be reeling in people who could borrow money in a more affordable way. Half of people surveyed by the Pew Charitable Trusts said they’d get a loan from a bank or credit union if they couldn’t get a title loan and many said that they chose a title loan based on convenience, not affordability. That suggests that people may not realize how ruinous title loans can be until they’re already trapped in a cycle of debt.

To protect yourself, here’s what you need to know about auto title loans.

1. They’re more common than ever

Half of states ban auto title loans outright. But in states that do permit this type of borrowing, regulations are usually loose. Triple-digit interest rates and no caps on loan limits aren’t uncommon, per a 2012 report from the Consumer Federation of America.

In some cases, legal loopholes allow title loan lenders to thrive. California, for example, has caps on the interest rates charged for small loans, but there is no ceiling for loans above $2,500. As a result, many lenders require that borrowers take out loans of at least $2,500, even if they need less, according to the Los Angeles Times.

Currently, the Consumer Financial Protection Bureau is considering new regulations on vehicle title loans that would require lenders to ensure that borrowers can repay their debts. 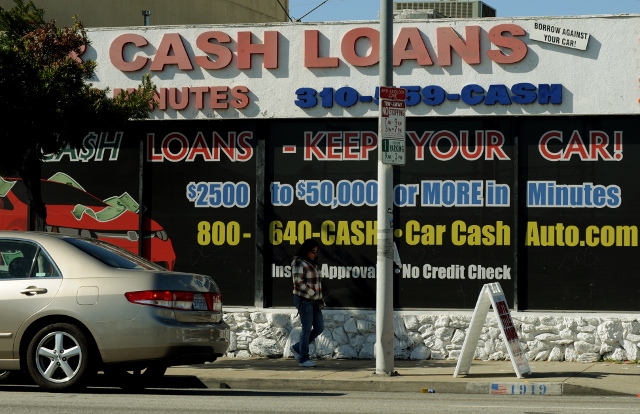 3. The industry is clever about getting around regulations

While some lawmakers are taking a closer look at auto title loans, reining in the industry may be tough. When regulators have tried to crack down on title loans in the past, the industry has fought back, often coming up with creative ways to get around the regulations that do exist.

Some lenders may be located offshore or on Native American tribal lands as a way to get around state and federal laws, according to a report from the Center for American Progress. After Wisconsin and New Hampshire passed laws restricting title loans, the industry successfully worked to have them repealed. In Texas, some cities passed restrictions on auto title loans. Lenders responded by offering “free” loans at some locations. When it came time to renew the loan, the the companies steered borrowers to their branches in cities with no restrictions on lending.

“It’s a bait and switch,” Ann Baddour of the non-profit Texas Appleseed, told Pacific Standard. “The practice may not be illegal, but it’s definitely unethical and unconscionable.”

4. The interest and fees are ridiculous

The average auto title loan was for $1,000, according to the Pew Charitable Trusts, and the typical APR on a one-month loan was 300%. It’s not unusual for a borrower to end up paying more in fees than they amount they initially borrowed — an average of $1,200 a year.

Sometimes, the payments and fees are so burdensome that people just give up and let the lender take the car.

“I’m paying … interest, and my principal hasn’t come down a bit. I lost a car like that … We paid on it for almost a year. Then it dawned on me, and I finally said, ‘You know, this is ridiculous; just take this stupid car.’” said one borrower interviewed for the Pew report. 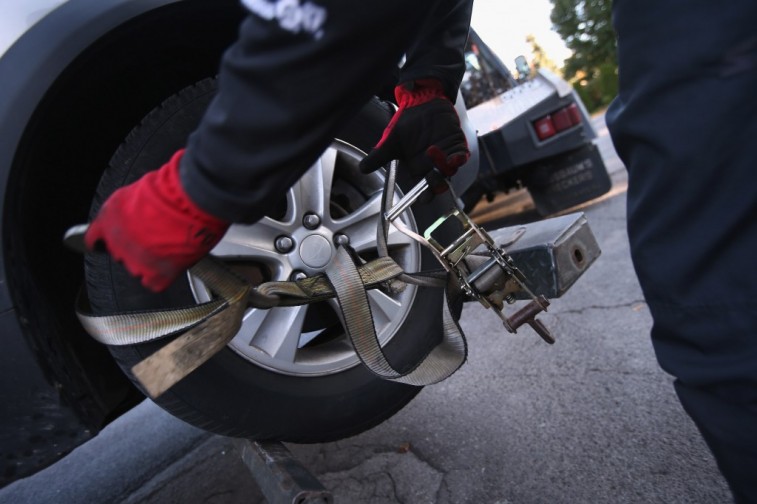 5. Many borrowers will lose their cars

About 11% of people – or 1 out of 9 – who borrow against their car eventually lose the vehicle. Having a car repossessed can cause people’s financial problems to spiral further out of control, especially if not having a vehicle makes it difficult or impossible to get to work. A third of people who use title loans are single-vehicle households, according to the Pew study. Overall, between 120,000 and 220,000 people lose their cars to title loan repossession every year.

“I look at title lending as legalized car thievery,” Rosemary Shahan, president of Consumers for Auto Reliability and Safety, a Sacramento advocacy group, told the Los Angeles Times. “What they want to do is get you into a loan where you just keep paying, paying, paying, and at the end of the day, they take your car.”