5 Signs You Need to See a Financial Therapist 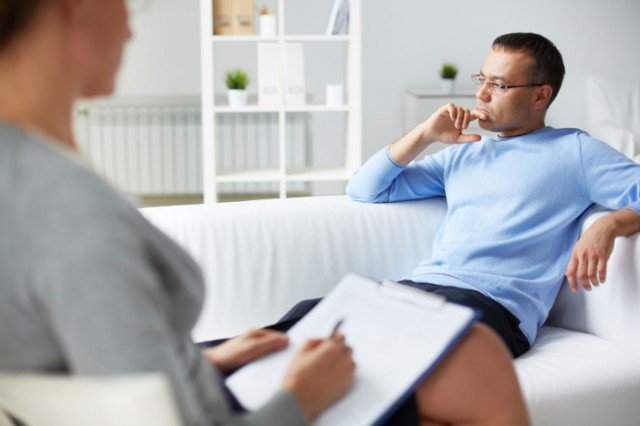 Whether you’re a big spender or a saver, your level of financial health may not be what it appears. Almost every consumer knows what it’s like to be stressed out by financial decisions, but for some, it goes beyond the occasional stressor to an underlying psychological problem. That’s where financial therapists come in. The Financial Therapy Association was only established in 2010, so financial therapy is a relatively new field. According to the American Psychological Association (APA), money is the No. 1 source of stress in people lives, and it’s been the top stressor every year since the APA started the annual survey in 2007. It’s surprising consumers didn’t start hopping on the couch sooner.

People who face financial difficulties may need psychological help, education, or both. That’s why financial therapists and financial planners sometimes team up to give clients a more holistic approach. Amanda Clayman, a financial therapist who emphasizes promoting financial well-being through an understanding of the emotional, cognitive, and behavioral aspects of financial health, told LearnVest “good financial therapy happens in collaboration with finance professionals, such as tax experts and investment advisers.”

Financial therapists sometimes refer to “money scripts,” or stories patients tell themselves about money. Brad Klontz, a financial psychologist, author, and professor, says in his research he has found four major money scripts, each with its own set of complications: money avoidance, money worship, money status, and money vigilance. Patients might also hear a financial therapist talk about a “financial flash point,” or moment early in life that shapes one’s attitude toward money.

“In America, we all know what we should be doing: spending less and saving more for the future,” Klontz explains. “So more information about how to spend our money is not going to help. We need to look deeper, at the emotional issues behind the problem.”

Professionals in the field have identified and named several common, and treatable, money disorders. An in-depth report from CreditCards.com outlines what financial therapists have called the top five money disorders: denial, frugality, enabling, dependency, and rejection. Check out the interactive report for more details, as well as treatment recommendations. Below, we have compiled the red flags to help you determine if you need a financial therapist.

Here are the major signs that you could benefit from financial therapy.

1. Are you avoiding your financial problems?

We can all relate to feeling reluctant to open a bill, but letting your debts and financial obligations pile up could mean you are suffering from financial denial. Clayman says, “Money already causes a low level of anxiety for most of us. For these people, the anxiety is so great that it’s overwhelming, so they basically just check out.”

2. Are you obsessed with being frugal?

Being careful about how much money you spend is sensible, but even being frugal can get out of hand. Chronic “underspending” goes beyond skipping unnecessary purchases, to neglecting one’s needs because it’s too painful to part with cash. “Severe underspenders neglect basic self care,” says Klontz. “They don’t go to the dentist or doctor because don’t want to spend the money.”

3. Do you repeatedly give money to an adult child?

Financial enablers share their wealth in a way that keeps the receiver from becoming independent or taking responsibility. This is most commonly seen with parents of adult children. While a little assistance is fine, too much can create problems for both giver and receiver. “Generally, parents like to think they’re altruistic and doing what’s best for their children, but it’s really satisfying their own needs,” says psychologist and author Gary Buffone.

4. Are you completely reliant on others to handle your finances?

While there’s nothing wrong with being a stay-at-home mom, people in all kinds of financial situations can grow too dependent, and financial therapists say outdated gender roles can fuel this problem. Yvonne Kaye says it’s common for these patients to have issues with alcohol and drugs, or end up in abusive relationships. “Everything is given to them, and someone else is managing the money, so they end up with no self-esteem or sense of self-worth.”

5. Does accumulating money make you uncomfortable?

While it’s a problem many find hard to imagine, an aversion to wealth can be a sign of a serious money disorder called financial rejection. Sometimes this disorder can be connected to a troubling event, such as a victim of the 9/11 attacks who received compensation and wanted to just burn through it. Often patients with this disorder feel that earning money is a sign of exploiting others or being a bad person.