5 Signs Your Kids are Going Down the Wrong Financial Path 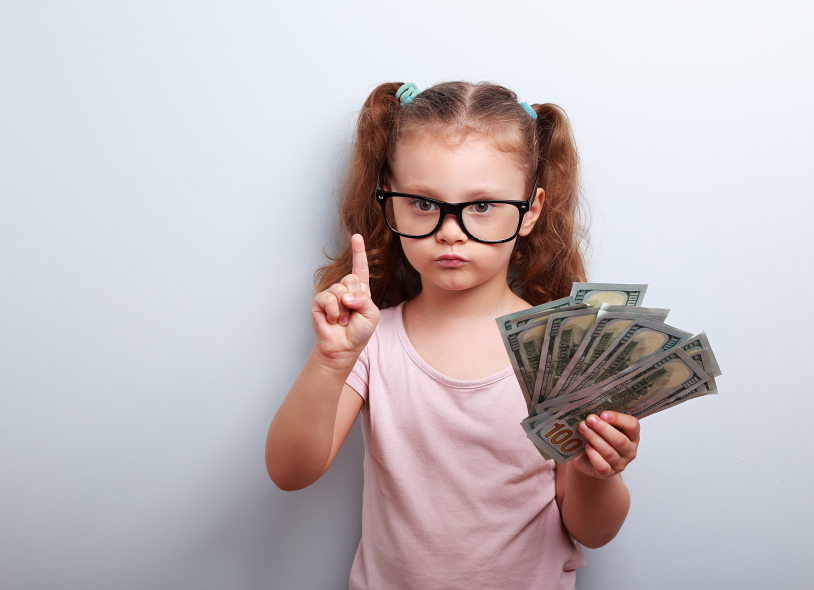 If your child is still young, you can help positively shape their financial future by talking to them as soon as possible. Even if you have never discussed money with your kids, it’s never too late to start. Sometimes children make bad financial decisions even with proper guidance; there are some clear signs to watch out for that suggest your kids might be making the wrong financial choices. Here are five signs your kids are going down the wrong financial path.

Everyone wants to fit in, and this desire can be especially prevalent in junior high and high school. If your child feels like they have to have only the cool name-brand clothing, if they use their extra cash to go to every activity they get invited to, and they always want the newest cool gadget, then they might be facing financial hardships in the future. While it’s temping to spend money to keep up with friends or peers, doing so regularly will only reinforce the idea that your child needs to spend money to have friends; this is a negative lesson that can continue on throughout life.

According to a survey by the Substance Abuse and Mental Health Services Administration, 9.4% of adolescents aged 12 to 17 were current users of illicit drugs in 2014. Although peer pressure to spend money doesn’t necessarily equate to peer pressure to use drugs, the threat of peer pressure has far-reaching effects.

Financial entitlement can cause a lot of problems later in life. If your child refuses to work to earn the money, or simply expects you to give them money whenever they want it, this is a clear sign your child may be going down the wrong financial path. Children need to learn the importance of working for their money, otherwise they risk growing up and losing their way when they can’t afford basic necessities.

They also risk spending recklessly or going into debt because they don’t understand the worth of money, or they feel that they should be able to buy whatever they want when they want it. Children who spend money regularly without keeping track or thinking about their spending also may be showing a sense of entitlement, and this reckless spending is certainly an indicator of the wrong financial path.

3. They show ignorance about money

If your kids are continually making poor financial decisions, or they don’t seem to understand how money works or how to use it, then you need to step in and help them. A study by North Carolina State University and the University of Texas highlighted the importance of talking to kids about money. If you don’t talk to your kids about money, they will make their own conclusions, and often these conclusions may be wrong, or different than what you would like them to learn. The study also suggested that it’s important to discuss money with both girls and boys; more parents discussed debt with their sons than their daughters.

According to the The 2014 Consumer Financial Literacy Survey, 59% of adults in the U.S. gave themselves an A or B grade regarding their knowledge of personal finance, but 73% said they would benefit from advice from a professional. If you are unsure about personal finance matters yourself, or you feel unable to discuss these matters with your kids, you can bring in a professional to help.

Young children who are just learning about money will probably not truly understand how to use it. You will need to teach them about saving. As they get older, they will understand that things they want to buy cost money, and you can then teach them about saving. If your child is old enough to understand the concept of savings, but he or she is constantly spending money as soon as it comes in, then you might have a future poor saver on your hands. While few middle school students or high schoolers have significant bills to pay, it’s important to teach them the necessity of saving for the things that they really want, and also, they need to understand that at some point they won’t be able to simply spend whatever they make.

5. They borrow too much money

If you give your children money every time they ask for it, they will learn to keep asking ( this goes back to the entitlement point). However, if your child continually borrows money without paying it back, this can be a red flag that financial problems may continue later in life. Once your child is old enough to borrow money, then they are old enough to learn about debt and paying back a loan (although, the lessons will depend on their age). Next time you loan money to your child, require them to sign a loan contract. This can be more of a learning activity than an actual official contract, but making it as professional as possible may help them to take the loan (and the lesson) seriously; you can create the loan contract online.

Thankfully, most kids are young enough to make changes to their bad habits and turn away from poor financial paths. The sooner you talk to them and teach them about the right path, the better.