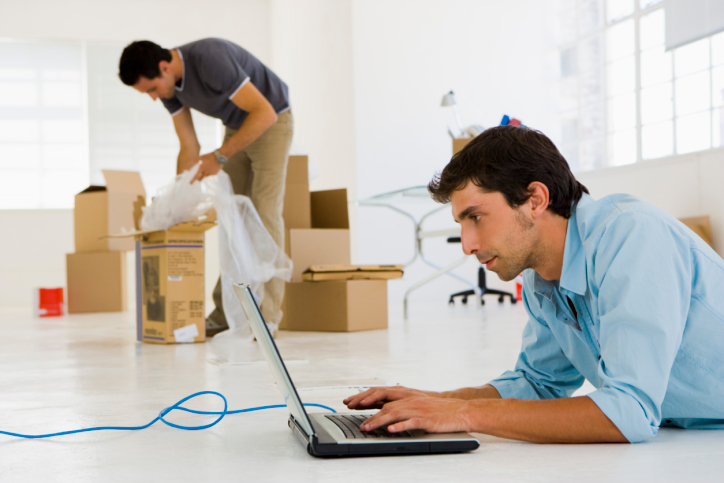 In biology, the natural world is ruled through a process of natural selection. Species adapt to changing conditions, spread across continents, and eventually die out. New, better adapted organisms grow to fit in the mold left vacated in the ecosystem by preceding lifeforms. The entire process of natural selection comes down to the basic survival technique of adapting to changing circumstances, and evolving to address the ever-changing needs of your surroundings. It’s a process that has played out over countless millennia, and doesn’t just make for study by students, but can be applied to the cutthroat world of business as well.

The world of business is also a case study in the process of evolution. As seen over every industry, business models rise to prominence, then die out. Consumer tastes change, sometimes rapidly, other times over decades. Technology is developed that completely turns the world on its head, as in the case of the Internet. It’s hard to accurately assess exactly where things are headed in the future, but with technology exploding and the Internet driving innovation on a level never imagined, natural selection within business environments is sure to be on full display for analysis in coming years.

One new way business is coalescing in small pockets around the country is the startup. The term ‘startup’ really means nothing more than a new and small business, but has recently become synonymous with tech-based, talent-rich innovators who have their sights set on bringing new products or services to market that will make drastic changes to society. These are the new organisms that are moving in to replace the older dinosaurs that haven’t been able to adapt.

For example, Netflix (NASDAQ:NFLX) completely changed home entertainment, all but wiping out Blockbuster and Hollywood Video, while also taking plenty of business from movie theater chains. As video stores refused to adapt to a changing climate, they met their demise at the hands of online streaming and postal-based rental systems.

Startups have been taking the business world by storm, especially over the past few years. Many have been acquired for huge sums by companies like Facebook (NASDAQ:FB) and Google (NASDAQ:GOOG) (NASDAQ:GOOGL), while others have remained independent and forged their own path into the marketplace. As new technology develops and becomes available to entrepreneurs on an almost monthly basis, the opportunity for innovation has never been better, and plenty of the bigger, older companies had best keep an eye over their shoulders. After all, at some point, another company will grow big enough to gun for their extinction.

Here are five startups primed to make a big run, and attempt to take down some of the biggest titans in the market.

Although many have tried to take down the titans of textbook publishing over the years, the big three — McGraw Hill Education (NYSE:MHFI), Pearson (NYSE:PSO) and Houghton Mifflin Harcourt —  have yet to be dethroned. The price of textbooks has been skyrocketing over the past decade, along with tuition prices, to levels where many students are resorting to piracy or not purchasing required materials at all. Even big distribution platforms like Ebay (NASDAQ:EBAY) and Amazon (NASDAQ:AMZN) have been affected by consumers’ changing behavior. As the education landscape has changed, however, so has the textbook business. Companies are now converting to e-books and other available mediums in an attempt to win back business from savvy students who continue to find a way around the system.

Enter Boundless, a startup that uses freely available resources to compile alternative versions of current textbooks. Drawing from a wealth of copyright-free and public domain material, many texts in areas such as mathematics can easily be reproduced and distributed to students for a small price. The company was founded in 2010, and as of February has more than 500 books available, spanning 20 subjects, according to Campus Technology.

For an industry in desperate need of change, Boundless is leading the charge. 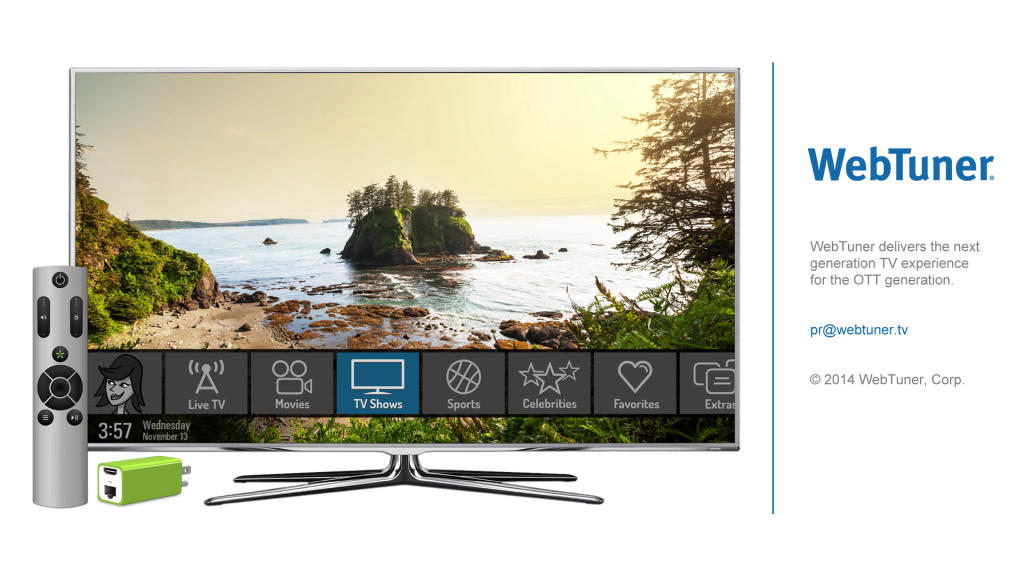 From the fertile technology breeding grounds that are also home to Microsoft (NASDAQ:MSFT), WebTuner is set to take on the world of online video streaming and bring it straight to your television. A lot of choices have come out in recent years, but WebTuner has its sights set on the likes of Apple (NASDAQ:AAPL) TV and Google’s Chromecast. The company even has some other big players, including Netflix and Amazon turning their heads.

Based in Redmond, WA, WebTuner is being led by a team of 15 television veterans, and has been hard at work for the past five years carefully developing its technology and securing 137 patents, as GeekWire reports. The big feature that separates WebTuner from the plethora of other streaming devices is its ability to play live television. Although there have been legal issues for companies that have previously tried to incorporate a live TV feature, WebTuner is doing its best to cooperate with the current powers that be.

There is also a big opportunity for advertisers who adopt WebTuner’s technology. According to The Wall Street Journal, the device will allow content providers and advertisers to add interactive components to what appears on users’ screens, and offers much more localized ad content than traditional broadcasting.

As television continues to evolve and ‘cord cutting’ becomes more mainstream, look for WebTuner to make a big splash in coming years.

How do you take the taxi and car rental industries and turn them on their heads? Well, ride-sharing services like Uber and Lyft have already taken a shot at it, but a new face is emerging on the scene, taking the ‘sharing economy’ to a whole new level. FlightCar is a new service that is helping rid travelers of car rentals, parking fees, and taxi rides simultaneously. The service works by allowing users to park their personal vehicles at airport lots when they head out of town, but make their cars available to other travelers as an alternative using a traditional car rental company, like Hertz (NYSE:HTZ) or Avis (NYSE:CAR) .

As sharing their vehicle with others makes plenty of potential users nervous, there is a stringent screening process, and those willing to let others use their vehicle must have a less than 150,000 miles on it, and the vehicle can be no older than a 1999 model. TechCrunch reports that the company was recently able to secure $5.5 million in investments from some big name players. Among the group are Airbnb founder and CEO Brian Chesky, and even Ryan Seacrest’s private investment organization, Seacrest Global Group.

FlightCar has a lot of battles to fight if it hopes to become a mainstay at the airports of major cities, as it has already been met with stiff resistance from its hometown San Francisco International Airport. It also recently expanded to Boston’s Logan International Airport. Keep an eye on FlightCar as it battles the combined forces of the car rental and taxi industries at an airport near you. 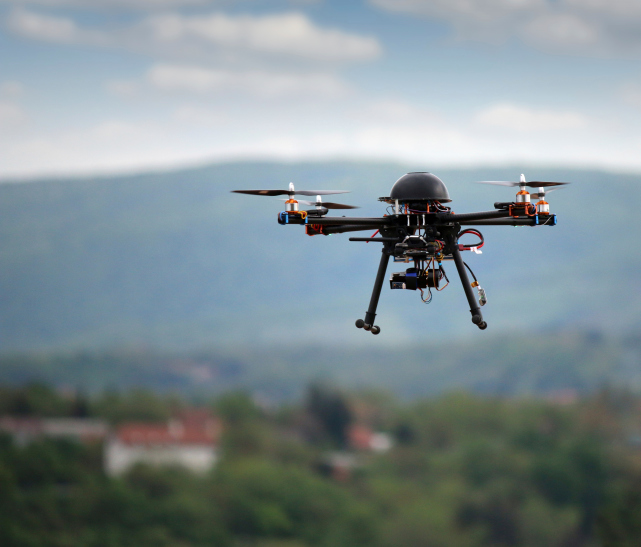 By now, most people are familiar with Amazon’s plan to take to the skies with an army of delivery drones that can drop orders off at customer’s doorsteps and greatly increase deliver times. Another company has been working on the same technology for years, and it has plans to bring it to everyone around the world at a very low cost. Matternet hopes to put its drones to work delivering medical supplies, food, and other lifesaving materials to isolated populations in the Third World, as well as help in disaster areas or other places that are hard to reach but in desperate need of support.

The CEO of Matternet, Andreas Raptopoulos, spoke with IEEE Spectrum and laid out his plans to build a “physical Internet” of sorts in places that don’t have the infrastructure to adequately move goods. “For countries that haven’t yet developed adequate road infrastructure, would it make sense for them to go through the whole cycle of investing in road infrastructure — the billions of dollars that would require and the many years it would take to build it — or is there a better technology to start resolving some of these transportation needs? And we looked at the space and what is happening in technology today, and we found this really exciting trend in the small UAV space,” he said.

Matternet has a lot work ahead of them to put a drone system in place that can access as the areas it hopes to serve, but the future does look bright. As word spreads and people become more and more accustomed to the idea of drones buzzing around, as well as improvements and cost reductions in technology, look for Matternet to be one of the leaders in the explosion of drone utilization. 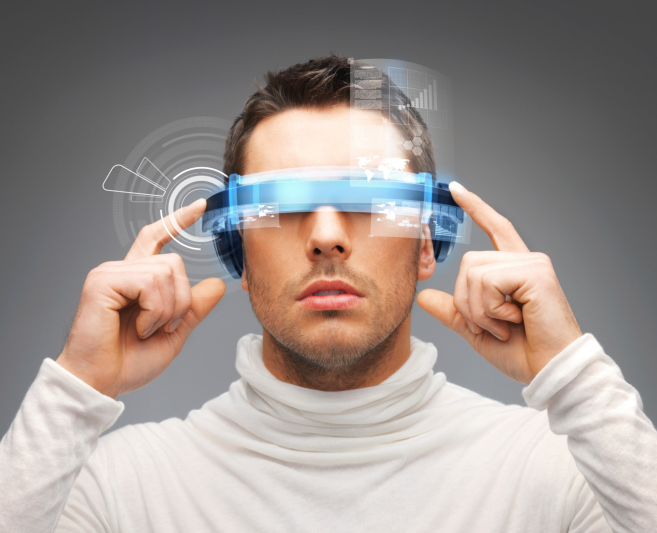 Prepare for the world of augmented reality, because several companies are hard at work bringing it to life at this very moment. Many are familiar with the coming Oculus Rift, a virtual reality device that is the brainchild of Oculus, a company recently acquired by Facebook. As one example of augmented reality, the Oculus Rift is still lagging a bit behind Layar, the world’s current most popular platform for bringing the virtual world to life around us.

So how does augmented reality work? Essentially, the technology overlays digital information over the physical world as people interact with it. For example, with Google Glass, Layar’s technology will show you information about a specific building when a user looks at it. Layar has been adopted to work with smartphones as well, including platforms like Apple’s iOS and Android. According to Time, the company now has 900,000 users, 1100 layers, and works with roughly 5000 developers.

The potential for Layar’s technology is virtually limitless. As companies like Google, Apple, and Samsung race to apply technology to wearable items like watches, contact lenses, and other things, the spectrum for augmented reality will continue to grow. The potential for advertisers and entrepreneurs to work within that spectrum alone is enormous. For the curious, Layar’s mobile app is now available for download, allowing anyone to experience what’s coming in the future.

If Layar can keep moving along, expect the virtual and physical worlds to collide right before your eyes on a large scale in the near future.