5 Stocks to Keep an Eye On This Earnings Season

On Tuesday afternoon, a barrage of earnings releases began with Alcoa (NYSE:AA). Alcoa’s earnings used to be important given that aluminum is used in numerous industrial and consumer products, given its relative size, and given that it is the first company to report earnings after the end of a quarter. But Alcoa has shrunk, having been removed from the Dow Jones Industrial Average a couple of years back, and its earnings are now less important.

Which companies’ earnings, then, should we pay attention to in order to determine the relative strength of the American and global economies, and which companies’ earnings will set the tone going forward as we begin the second half of the year? While there are several, I have singled out five that I think will give investors a solid overall picture of economic activity. 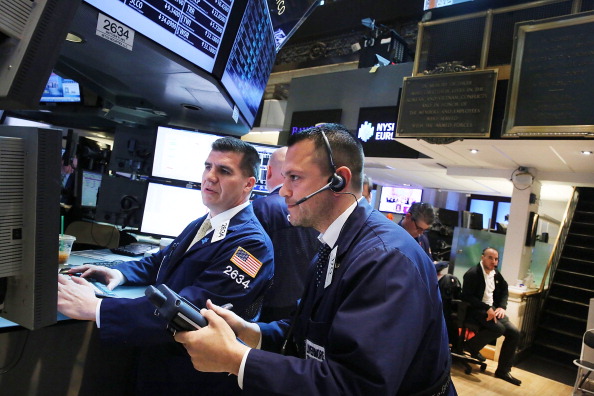 Intel makes computer chips that are found in a large percentage of PCs and Macs. What Intel has to say will have significant implications regarding the state of the global economy: consumers buy computers when they are feeling good about the economy and when they have disposable income, and businesses buy them when they want to expand or when they can afford to replace aging equipment.

Rather than looking at earnings from Apple (NASDAQ:AAPL), Advanced Micro Devices (NYSE:AMD), or Hewlett Packard (NYSE:HPQ) for answers, look to Intel to provide an overview of this industry and its future.

JPMorgan is one of the world’s largest financial institutions. It provides retail and institutional banking and brokerage services. It manages money through mutual funds. It trades for its own accounts. In short, it seems that JPMorgan has its tentacles in everything financial. A strong number from this financial giant could mean that loan growth is picking up.

This could mean that the economy is stronger, although it could also precede inflation. Look to see if the company’s loans are showing an uptick or downtick in defaults. With home prices rising as of late, I would expect the latter — you don’t default on a loan on a home that is rising in value, you sell the home if you can’t pay the mortgage — but an uptick in defaults could be signs of trouble ahead.

Home Depot has generally been growing its earnings over the past couple of years, although lately, the company’s growth rate has been slowing, and this could mean that growth in the markets it serves is decelerating. Home Depot has a highly cyclical business, and it does well when people have enough money to fix up their homes. Also keep in mind that people often fix up their homes before selling them.

I would look to Home Depot to give us a read on the consumer but not the housing market, because if too many houses are being fixed up, it could mean that too many houses are coming on the market, and this could send prices lower. If the company shows a re-acceleration of sales growth, this could mean that the economy is picking up after the first-quarter GDP decline, and the stock could trade to new highs.

There are few companies that have their pulse on the economy like Visa, and so you should pay attention to the company’s earnings report. The company makes money each time somebody uses his or her Visa card to make a purchase. If people are making fewer purchases, this will show up in Visa’s sales figures.

Note that Visa is benefitting from a secular bull market in electronic payments, so even in a weak economy, we will likely see a strong increase in sales. You should compare the company’s sales growth to the recent past. If it is declining, then the economy might be weakening. If it is rising, the economy could be strengthening.

Union Pacific is the largest publicly traded railroad, and so it should give us a good idea of the strength of the American economy. If the company’s shipments are rising at a faster rate, this bodes well for the American economy, but keep in mind that the numbers might be somewhat skewed, given its Mexican business and given that its oil shipment business is growing rapidly given the booming oil production we are seeing in the Eagle Ford and Bakken shale regions in Texas and in the mid-Northwest, respectively.

I would look at the company’s automobile shipments and its shipments of chemicals to get a read on the economy. If these numbers are growing, then the economy is likely strong.