The analysts at JPMorgan Chase & Co. (NYSE:JPM) are out with new research, and the moral of the story is that they believe there may yet be life in the U.S. consumer. 24/7 Wall St. shared seven top large-cap consumer stocks highlighted by the bank as possible winners in 2014, all companies poised to capitalize on a U.S. consumer empowered to spend freely after years of economic hardship.

Before we dive in, it’s worth taking the temperature of consumers. The theory is that since consumer spending accounts for up to 70 percent of gross domestic product, anybody who wants to body surf the economic tides should look at this sector first. It’s where all the spending gets done, and consumer spending turns into corporate profits, which investors like.

Gallup’s Economic Confidence Index came in at a confident -17 for the week ended February 16, up slightly from the -18 recorded in the previous week and about steady with the levels recorded this year to date. At a glance this could be encouraging — jobs reports for the past two months have been pretty dismal, and still consumer sentiment is steady — but remember that a negative reading means more people still harbor negative sentiment amount the economy than positive.

The flip side of this is that there’s a lot of room to grow, and if there’s one thing we like, it’s growth. Click through to see some of JPMorgan’s top stock picks in the consumer sector.

The analysts at JPMorgan appear to be working with a “buy on the dip” theory for Best Buy. Shares of the electronics retailer climbed more than 250 percent between December 2012 and December 2013, surging from a floor of about $12 to a high of $44.66, a price not seen since 2010. The rally was born on the back of a massive restructuring program called Renew Blue, which has been orchestrated by turnaround CEO Hubert Joly.

As part of the turnaround effort, Joly ended a Results Only Work Environment (ROWE) policy at Best Buy Corporate and oversaw the company’s exit from the European market in April. (Fun fact: Joly spent his first week on the job working as a blue shirt at retail locations.)

Best Buy sought to right the ship through price matching, in-store pickup, and a novel store-within-store retail arrangement with big technology brands like Samsung (SSNLF.PK) that attempted to embrace show rooming, but the strategy hasn’t quite worked as planned. Best Buy’s rally ran out of steam in December. The stock traded sideways until January, when the company reported holiday sales results that were pretty dismal. Comparable store sales for the nine-week period ended January 4 fell 8 percent, and total revenue for the period fell 2.6 percent. The bad news was compounded by weak fourth-quarter guidance.

The stock fell over a cliff, losing more than 25 percent of its value in a day and falling further over the next few weeks to lows around $23 per share. The stock price has since recovered to about $25, but investors are a bit shaken. Best Buy will report earnings on February 27, and analysts are expecting both earnings and revenue to contract.

A bet on Coach is more a bet on Chinese consumers than it is on American consumers. The luxury apparel company reported fiscal second-quarter earnings in January that missed analyst expectations primarily due to weakness in the North American market. Overall sales fell 5.3 percent on the year to $1.42 billion, missing estimates by about $60 million, and net income fell 13.8 percent to $1.06 per share, missing the mean analyst estimate by about 5 cents per share.

This huge growth in China is expected to continue, outweighing any headwinds in the North American market that persist through 2014. JPMorgan has a price target of $55 on the stock, slightly above the mean analyst price target of $53.62. This compares against a stock price of $48.13 on February 18.

If the analysts at JPMorgan are right, this is the time to buy Coach stock. Shares tanked following the second-quarter earnings report — the stock sat at $56 as early as January. 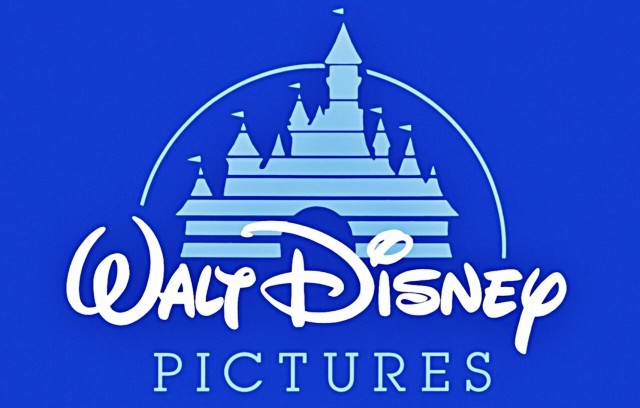 With Netflix Inc. (NASDAQ:NFLX) emerging as a titan in the original content arena and with Comcast Corp. (NASDAQ:CMCSA) and Time Warner Cable Inc. (NYSE:TWC) gearing up for unholy matrimony, the U.S. television entertainment economy has kind of been a mess recently. The future of content pricing and distribution is somewhat opaque, but it’s clear that only strong and savvy companies will end the decade better off for the changes. If you ask the folks at JPMorgan, Disney could be one of them.

Disney is sitting pretty for a couple of reasons, but two stand out. One, it’s incredibly diversified within entertainment. Two, it has ESPN, which is pretty much an unstoppable revenue growth machine. The company recently reported first-quarter fiscal 2014 earnings, in which it reported a 300 percent year-over-year increase in operating income in its Cable Networks division, due in part to growth at ESPN. “Higher operating income at ESPN was due to increased affiliate and advertising revenues and the absence of equity losses as a result of the prior-year sale of our interest in the ESPN STAR Sports joint venture,” the company said in its earnings release.

The company is also just doing well all around. First-quarter revenues are up 9 percent on the year at $12.3 billion, and net income is up 33 percent at $1.8 billion, or $1.03 per diluted share. JPMorgan has an $85 price target on the stock, about 6.8 percent above the closing price on February 18. The potential upside isn’t bad, if the analysts at JPMorgan are right, but maybe this is one stock to buy on a dip. 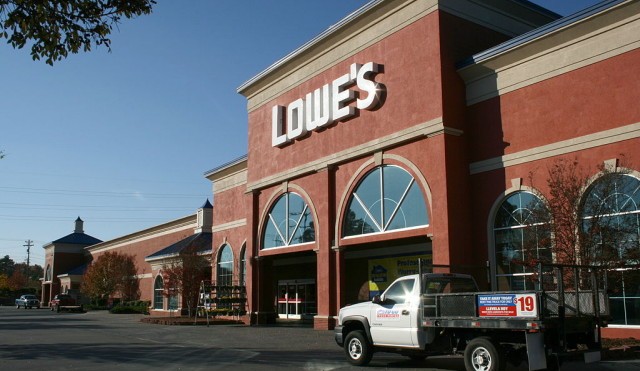 If you want to bet on the American consumer, then Lowe’s is a natural choice. Shares of this hardware company are up nearly 200 percent over the past five years as the nation literally rebuilds from the housing crisis and numerous natural disasters. Not to mention that home improvement is one of those pastimes that can not only increase the value of a home but can sometimes count toward a deduction. The stock sprinted through the latter half of 2012 and most of 2013 as the market picked up.

But if Lowe’s is a natural choice, then so is competitor Home Depot Inc. (NYSE:HD). Not to be outdone by its smaller cousin, Home Depot stock is up 300 percent over the past five years, and began its own sprint to all-time highs in the latter part of 2011. Home Depot has pretty much made a business out of saying, “Anything Lowe’s can do, we can do better.”

But the analysts at JPMorgan like Lowe’s. They have a $54 price target on the stock, representing a possible upside of about 15 percent. In a market that’s not expected to produce the same kind incredible returns it generated last year for equity investors, 15 percent is pretty attractive. Whether or not it’s realistic for Lowe’s stock is, of course, unclear. The market appears split over whether it believes in the recovery narrative. 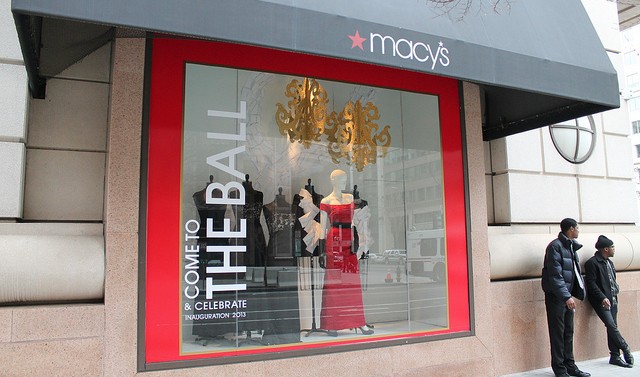 If you’re familiar with Macy’s stock, it may seem like a weird pick for this list because shares have done nothing but gain for the past five years. The stock has climbed nearly 580 percent since hitting a trough in 2009, and it really has had relatively few prolonged periods of declines — or, in retrospect, we’ll call them dips that we wished we bought in at. Oh well.

Macy’s quest to find the top of the stock chart hasn’t come without a cost, though. The company has worked like mad to bring its sales platform online, and it’s had to close some retail locations and lay off workers. But if you ask Wall Street, the ends justify the means. Macy’s looks lean and mean, and JPMorgan has a price target of $60 on the stock, which traded at $53.15 on February 18.